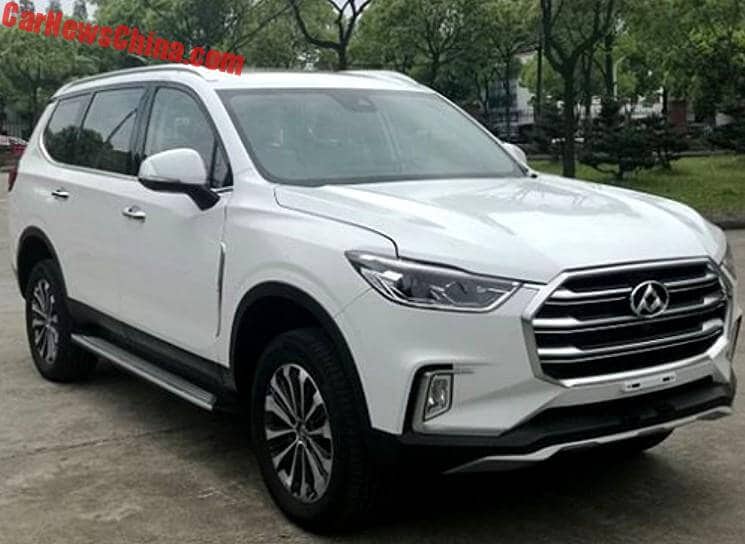 This is the final production version of the Shanghai Maxus D90 SUV, fitted with a different grille than the blue car we saw earlier on. The Maxus D90 will be launched on the Chinese car market in October. 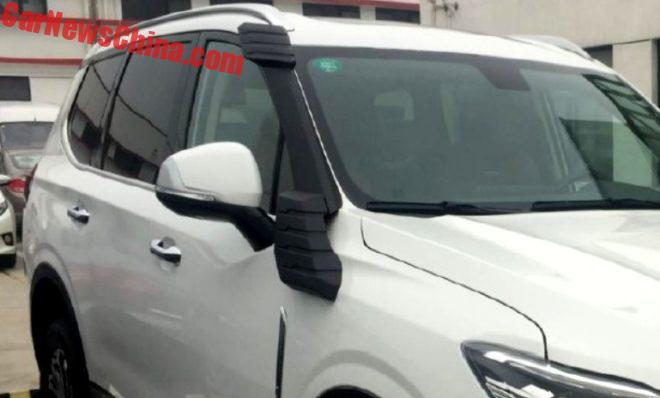 You can have it with a factory-snorkel! How off-road is that.

Engine is a rather juicy 2.0 turbo with 221hp and 360nm, mated to a 6-speed automatic ‘box sending horses to all wheels. Top speed is claimed to be 185 km/h. All that bigness and power makes it a thirsty car: fuel consumption is claimed to be 9.2 liter per 100 kilometers. 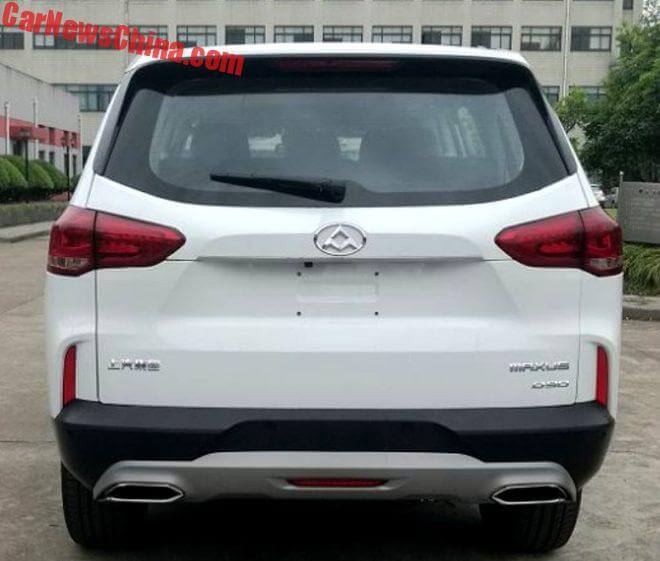 The rear looks nice until the black bumper. The shiny ensemble with the pipes looks odd. Fortunately, Maxus will also sell you other bumpers, depending on spec level:

Pipes invisible. Much better. But a bit too empty.