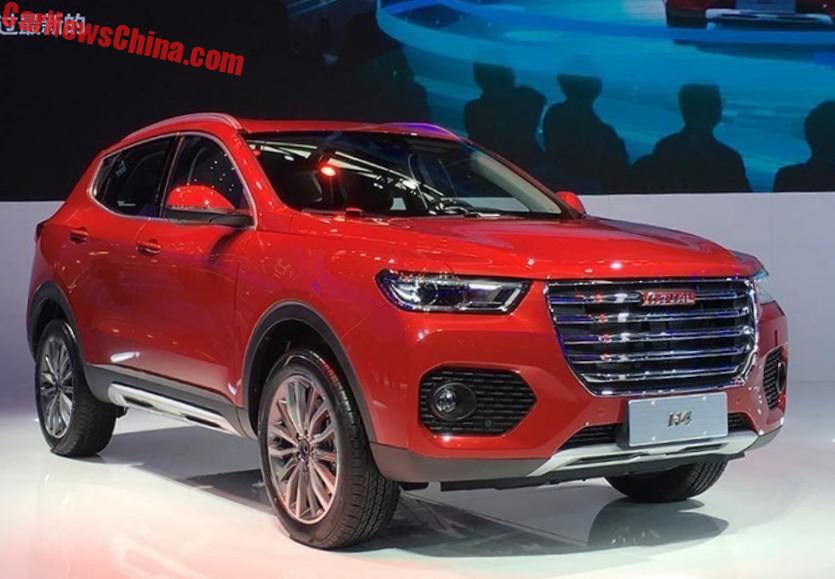 More Haval madness! This red lightning is the new Haval H4, as it debuted on the 2017 Guangzhou Auto Show. The car on show was the Red Label version, a Blue Label variant will be launched later. The H4 looks nice but very similar any other new Haval. 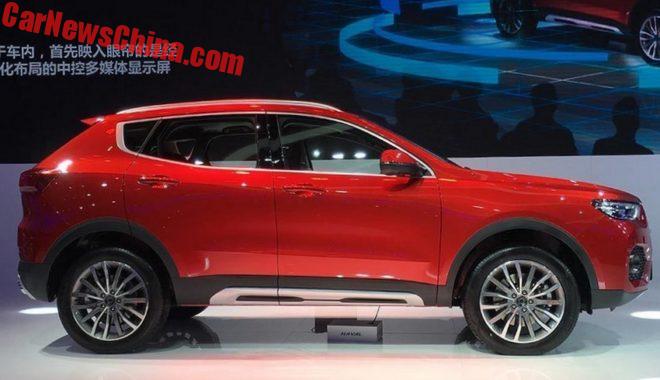 The H4 will be positioned between the H2S and the new H6. There isn’t that much space: 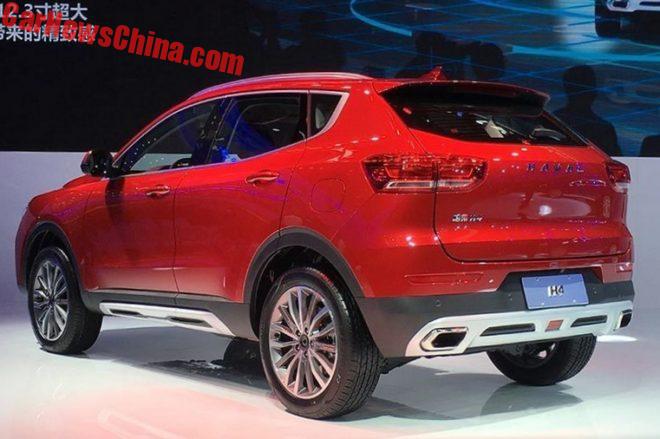 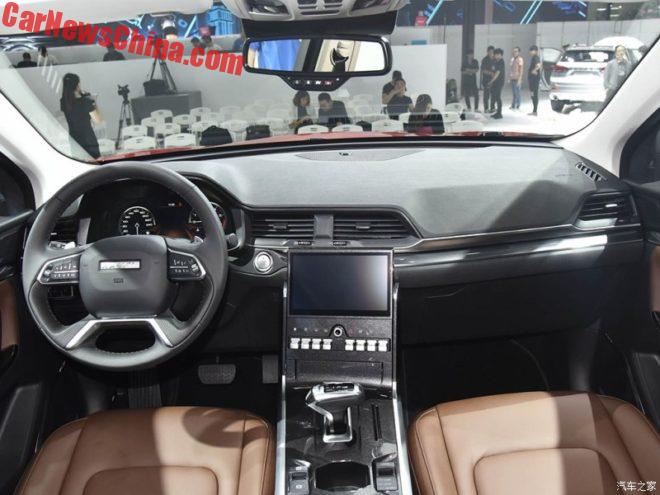 Interior design is totally new. There is an nine inch touch screen angled to the driver, cool-looking switches under the screen, and an even cooler gear lever. 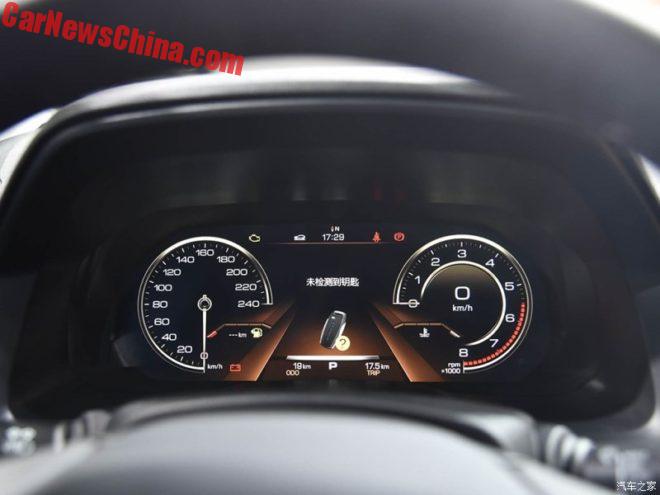 The instrument panel however is still analog. Haval is falling behind the competition gere. But for an Haval, this is as digital as it gets at the moment. 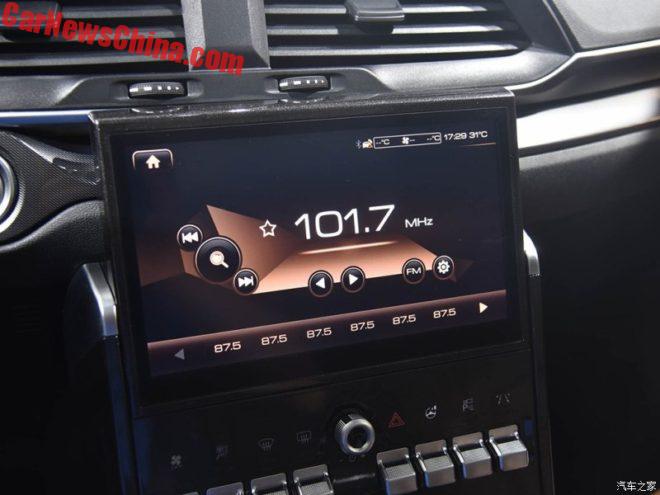 The screen isn’t integrated in the center stack, it actually stands in front of it.

Two engines: the same 170 hp 1.5 turbo that powers any other Haval, and the new 139 hp 1.3 turbo that is also available in the new H6. Transmission is a seven-speed DCT. 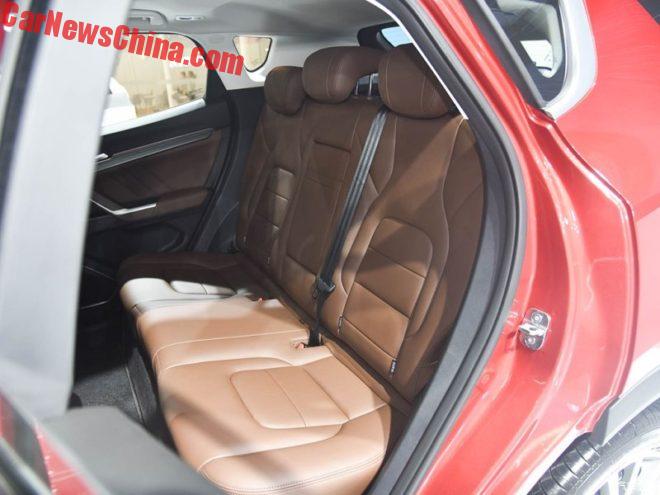 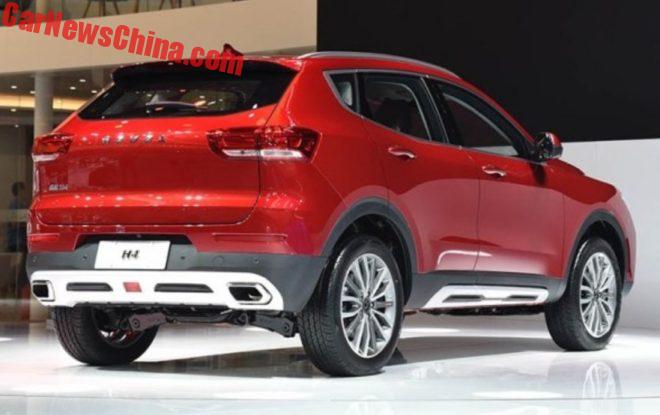 Shiny bars under the sides. 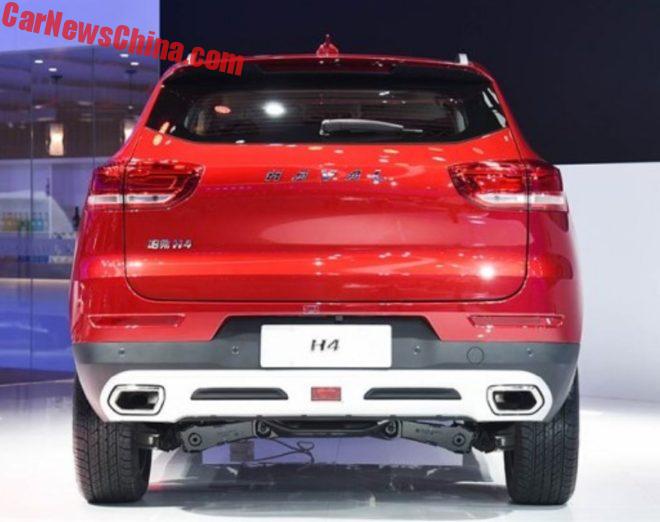 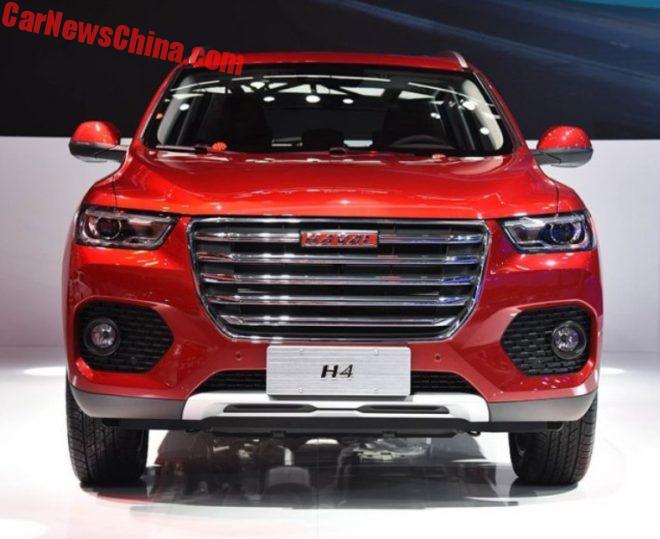 The Blue Label car will get a smaller grille. 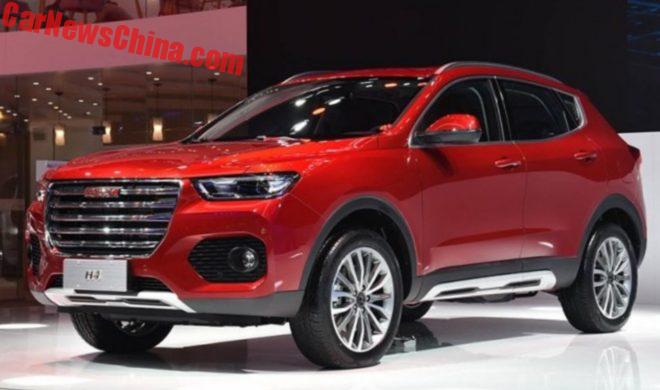