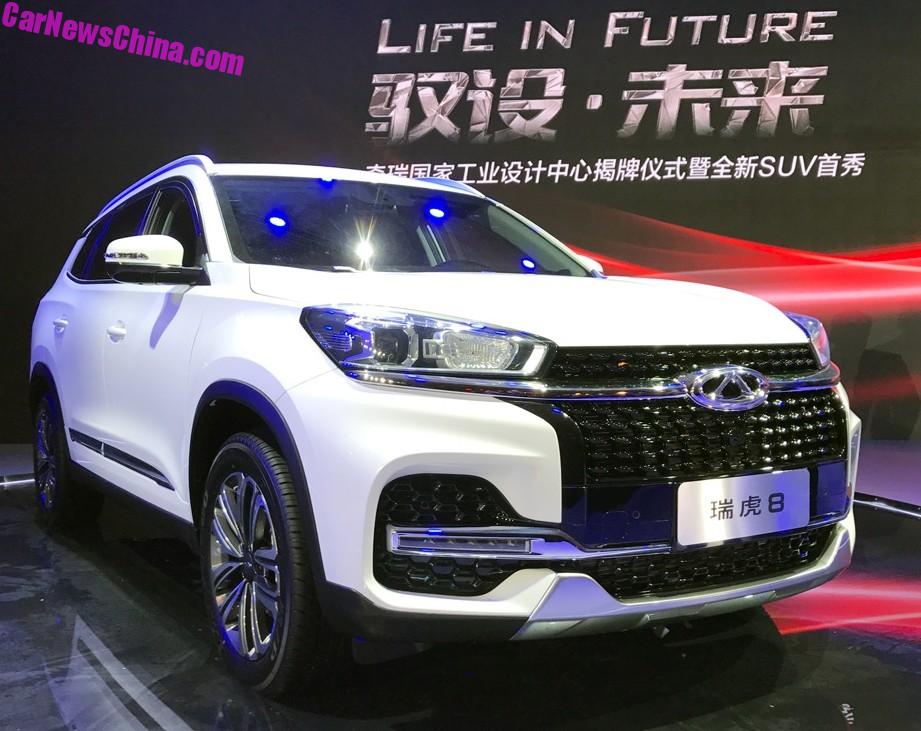 This is the new Chery Tiggo 8, a large seven-seat SUV that will hit the Chinese car market in April. The Tiggo 8, formerly known as the Chery T18, will be positioned above the Chery Tiggo 7. Chery used the opportunity to launch a new slogan: “Life in Future”. Catchy.

Chery didn’t show the interior, and neither did they say anything about size or engines. The Tiggo 8 appears to be larger than the upcoming Chery Exeed TX premium SUV, and about the same size as the new Jetour X70.

Chery appears to be launching a lot of similar sized cars, and they all have similar engines too. This of course is a typical thing for Chinese car makers to do. Just look at Great Wall, Dongfeng, Changan, Zotye, and many others. 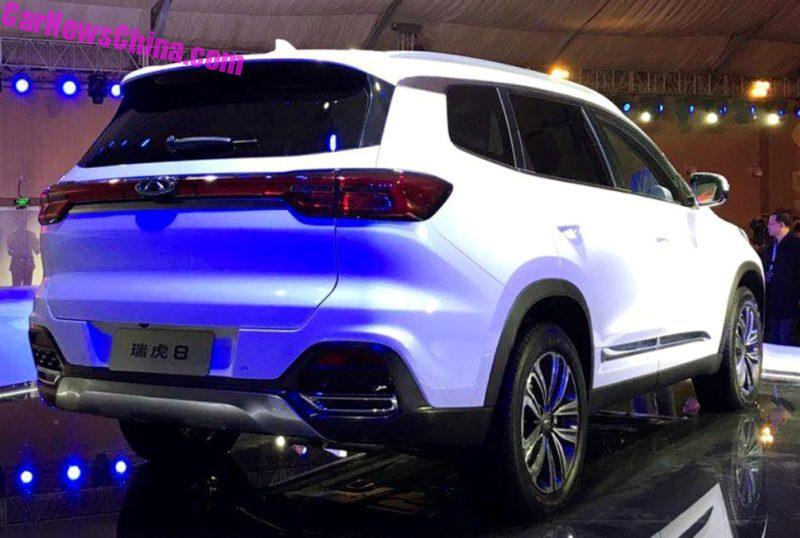 It surely is a good looking car, and I really like the line above the side windows. Wheels seen a tad too small and especially too narrow. Pipe tips in bumper appear to be fake.

The most likely engine for the Tiggo 8 is a 150 hp 1.5 turbo. Chinese media say there will be a 122 hp 2.0 available as well, but I don’t really believe that. A naturally aspirated 2.0 is an ancient concept and 122 horses is not enough for a big car like the Tiggo 8. 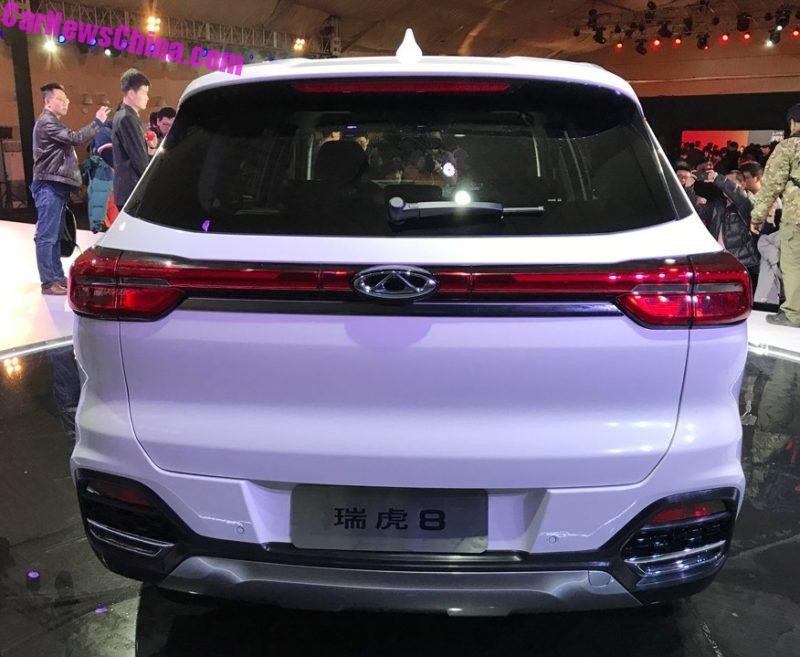 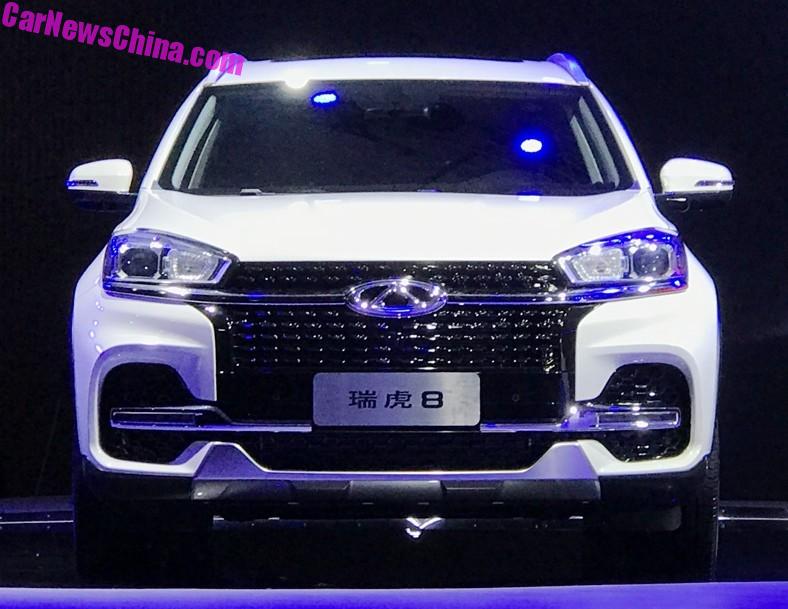 The grilles keep getting bigger…