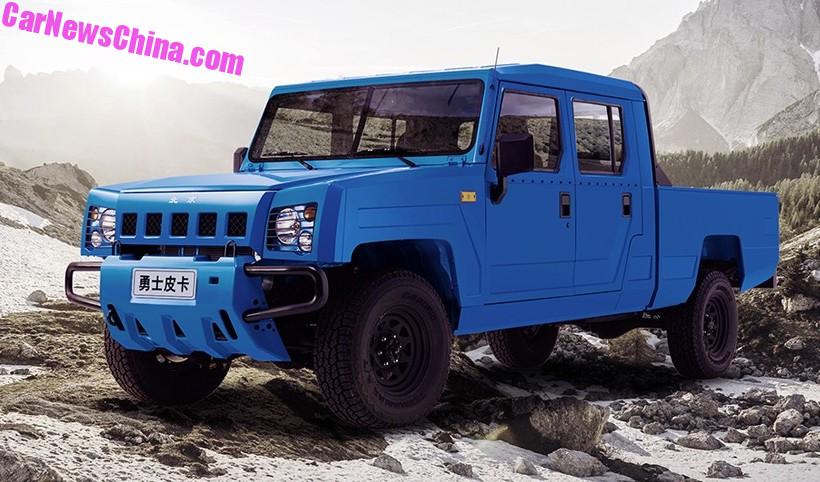 The Beijing Auto New Brave Warrior is probably the coolest pickup truck in the world, and it is now finally available on the civilian market.

The pickup truck comes in 13 variations, varying from double cab to single cab, from long bed to short bed, from flatbed to high bed.

They are based on the Beijing Auto BJ2022 Brave Warrior, originally developed as a military vehicle. The pickup truck has ‘New’ in its name because it is new for the civilian market, not because it is a new car; military variants have been around for a while.

The 2.2 and 2.5 diesel are mated to a five-speed manual, the 2.0 turbo to a six-speed manual. Power goes to all four wheels.

The 2.0 turbo is new for the series. The engine is made locally at the Shenyang-Mitsubsihi engine-making joint venture. It also powers classics like the Landwind X7 and the Zotye SR9, among many other vehicles from various Chinese automakers. 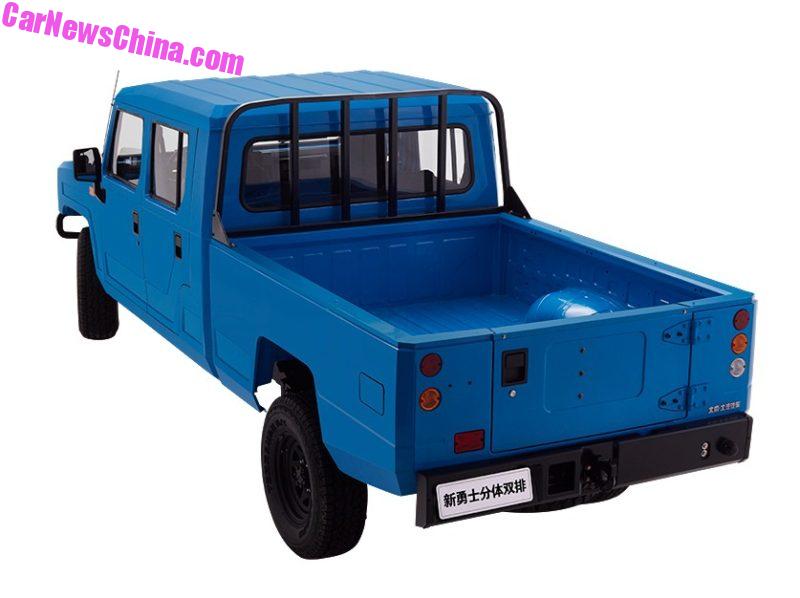 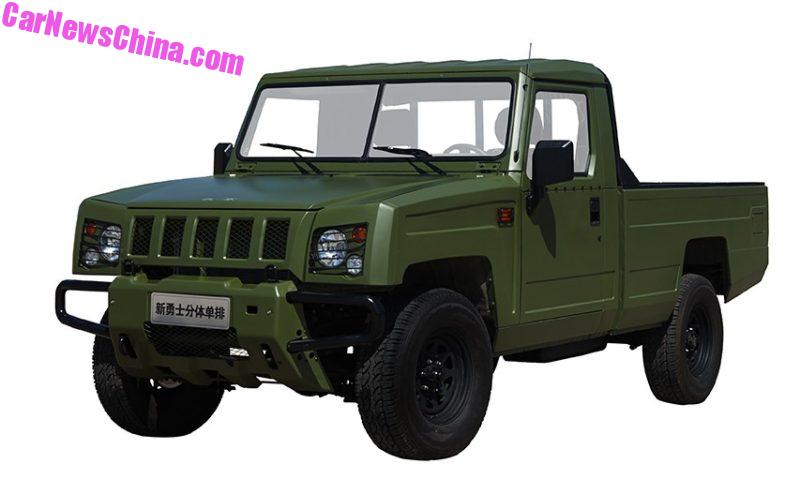 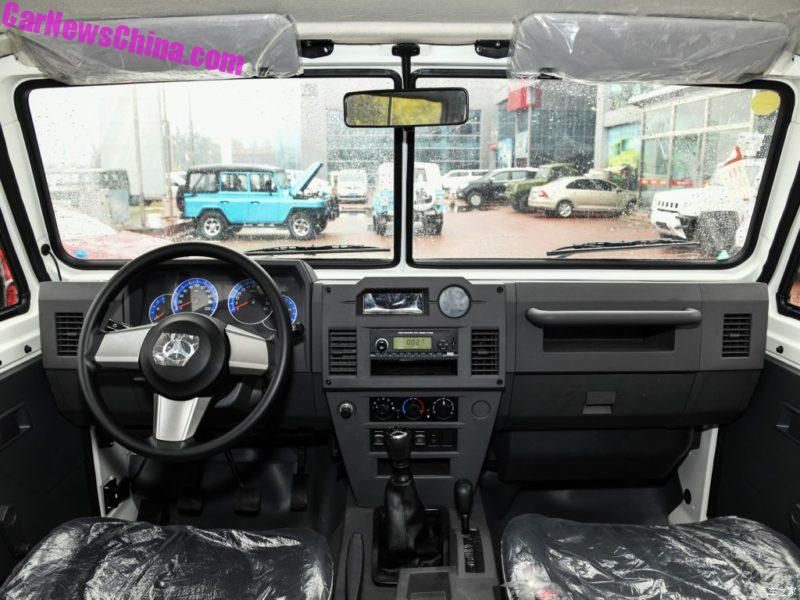 Happily, the interior is the same for all. Very basic, but it does have blue detailing on the dials, which is likely the hippest thing BAW has ever done. The sound system is very simple, just a radio with a USB port. No CD player, not even an AUX. Number of speakers in the entire interior: 2 (two). 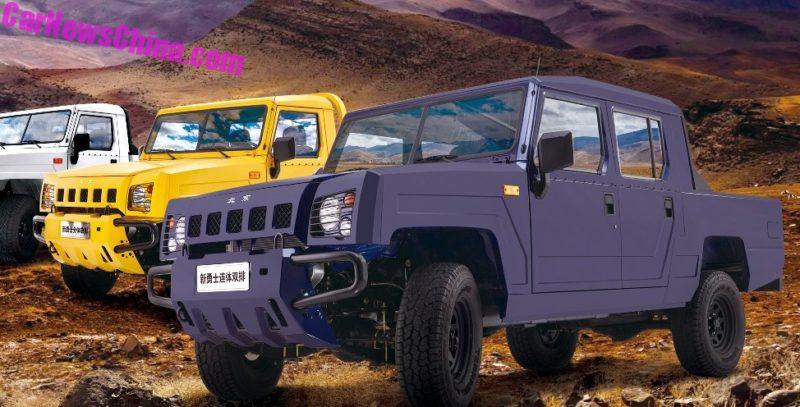 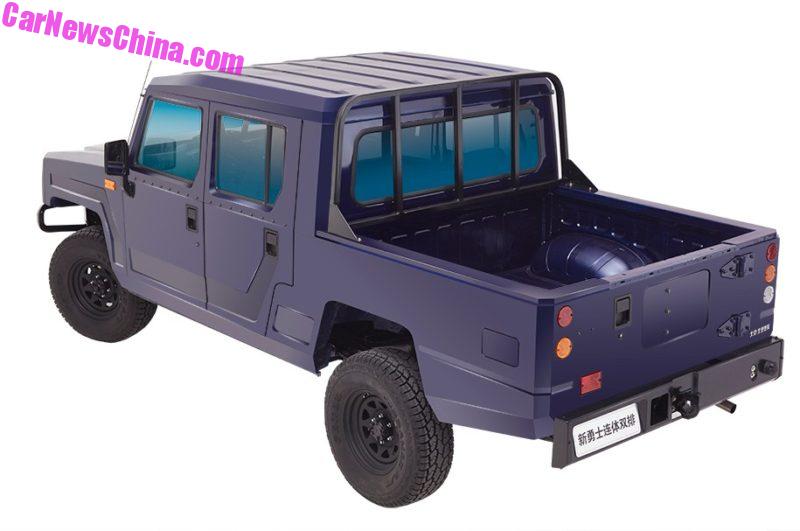 This purple color is kind of hip too, but the one you want is… 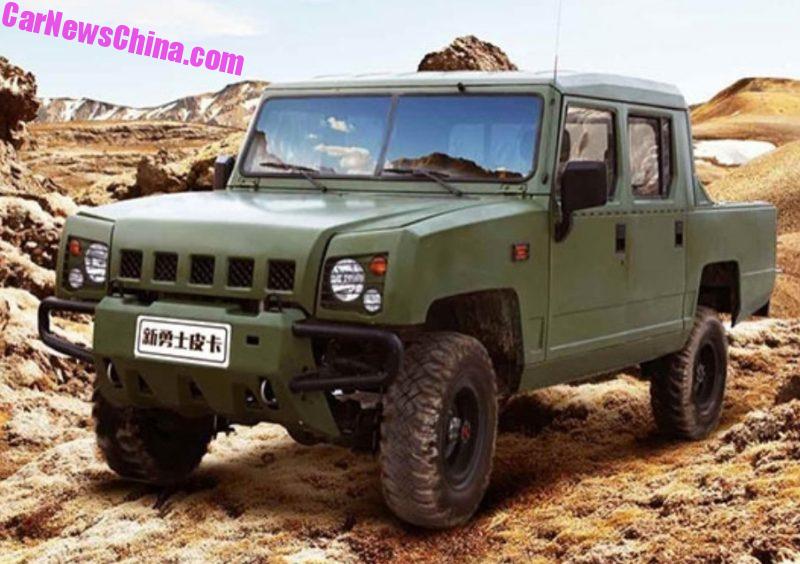 The best news is that the New Brave Warrior has arrived at my favorite BAW dealer in Beijing. I will go there next week to have a good look.