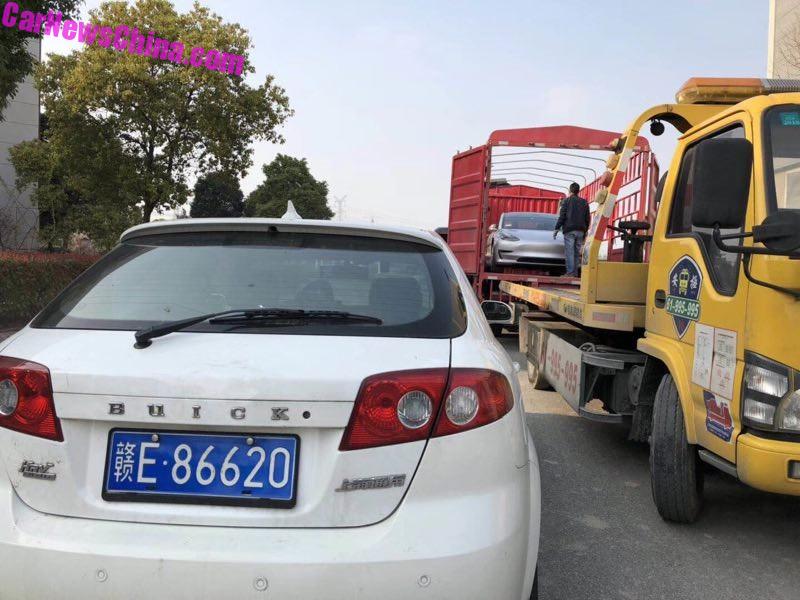 The second Tesla Model 3 has been seen in China, less than two weeks after we met the first one.

The second Model 3, a silver example, was seen on a trailer in the great city of Shanghai.

Official deliveries of the Tesla Model 3 in China won’t start before 2019. But China wants it now. And what China wants it will get, no matter what. Happily, the grey import is here to help.

We are not entirely sure how this particular car arrived on Chinese shores. We do know it doesn’t really look like anything official; we also know the Model 3’s official public debut will be next month in Beijing, 1200 kilometers to the north, so shipping it via Shanghai wouldn’t make any sense. Finally, we know the city of Shanghai is experimenting with grey (parallel) imports of new cars.

Count ‘m all up and one might conclude this gray Tesla Model 3 is indeed another gray-import example, bought by one of these famously impatient Chinese Tesla fanatics.