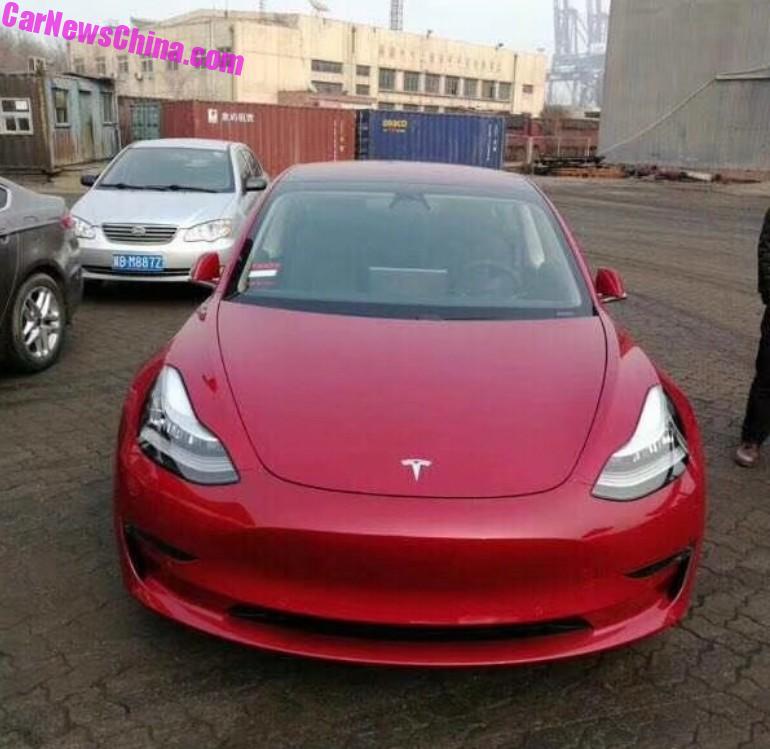 Official deliveries of the Tesla Model 3 in China won’t start before 2019. But China wants it now. And what China wants it will get, no matter what. Happily, the grey import is here to help. [updating story]

A fiery red Model 3 with a ‘Zero Emissions’ U.S. dealer plate was seen in the port of Tianjin, somewhat hidden between trucks and containers.

The area is famous for its grey importers, importing loads of U.S. made cars that are not officially available in China.

This was also how China got its first taste of the Model S, which too came to China very late. Tesla did a better job with the Model X SUV, where we didn’t see many gray market imports.

But the Model 3 is likely going to be a grey-importers dream. Sales in China are expected to start in mid-2019 earliest, because Tesla can’t speed up production fast enough. Sales in the U.S. however have started already, and that gives these famously smart entrepreneurs a golden opportunity.

We expect to see the first adverts for the Model 3 on Chinese car websites soon, and we will update this story when that happens.