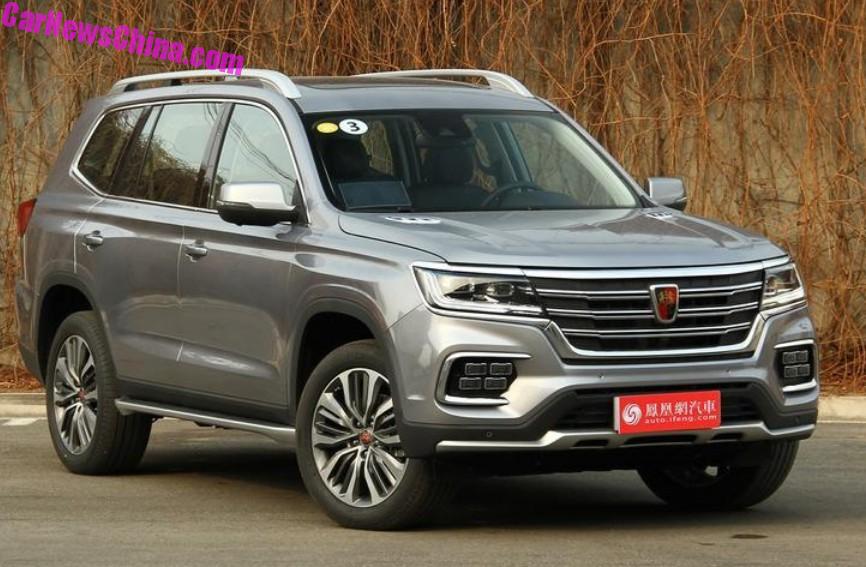 The new Roewe RX8 has been launched on the Chinese car market. Price starts at 223.800 yuan and ends at 258.800 yuan. The Roewe RX8 is a full-size seven-seat SUV, the new flagship of the Roewe brand.

The Roewe RX8 is based on a slightly shortened variant of the platform that also underpins the Maxus D90 SUV (pictured). Roewe and Maxus are brands under the Shanghai Auto Industry Corporation (SAIC).

They share the same engine too: a 2.0 turbo with 224 hp and 360 Nm, sending horses to all wheels via a 6-speed automatic gearbox. 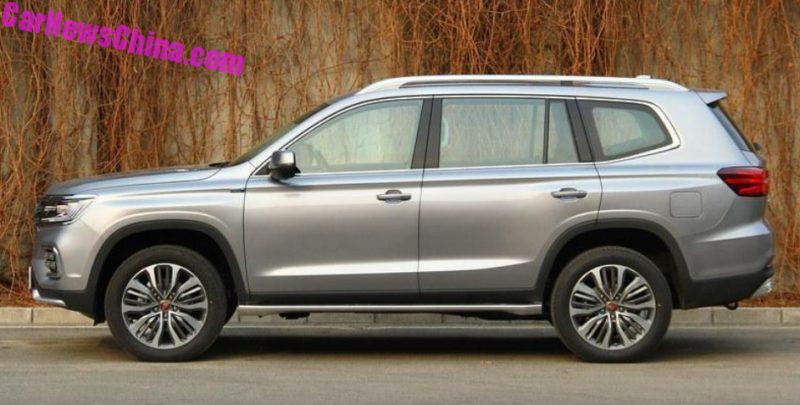 The RX8 looks great, distinguished almost, not unlike the smaller Roewe RX5 SUV. 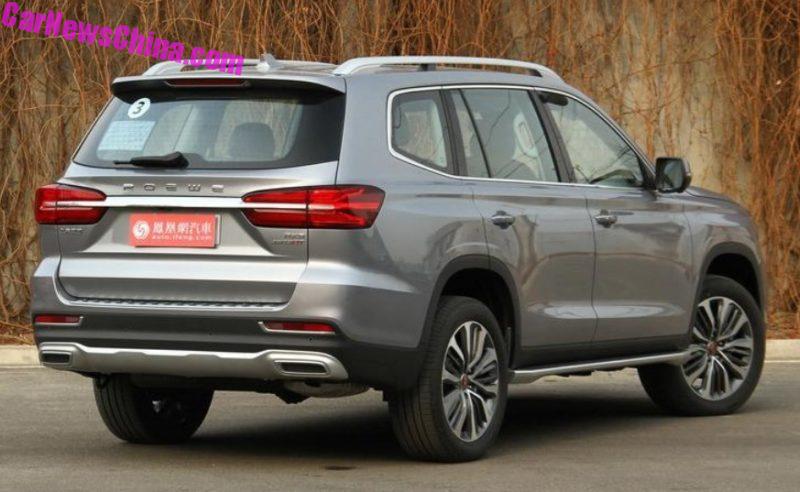 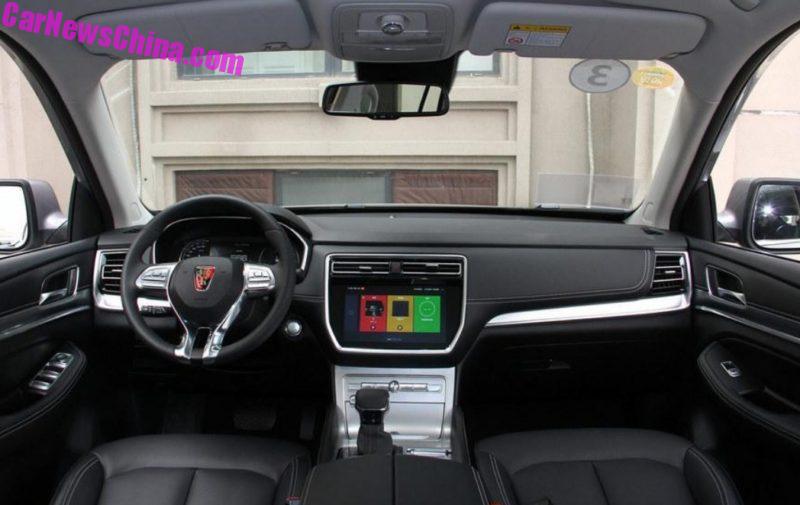 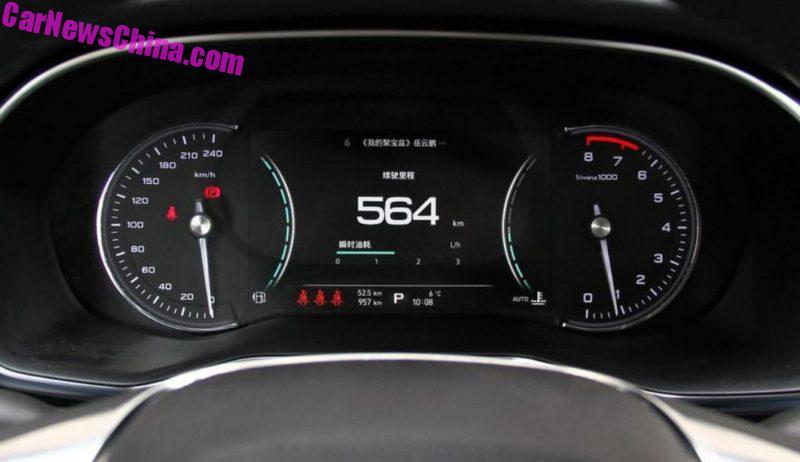 The instrument panel combines analog dials with a TFT screen. 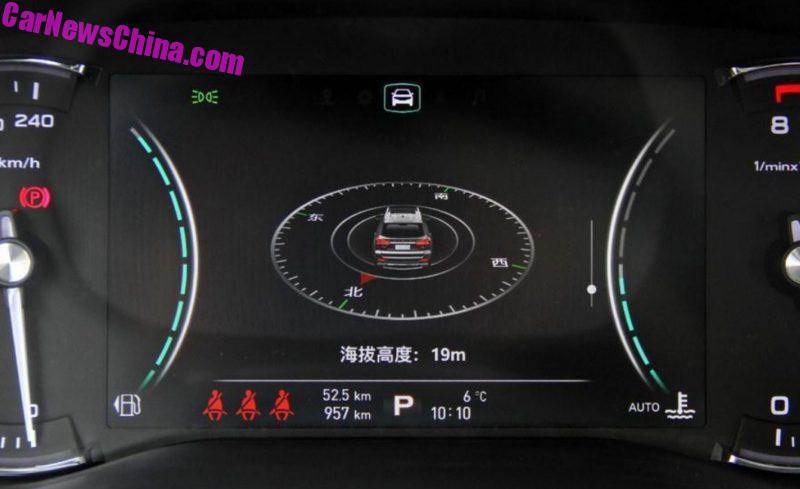 Showing the compass here with a cool image of the RX8. 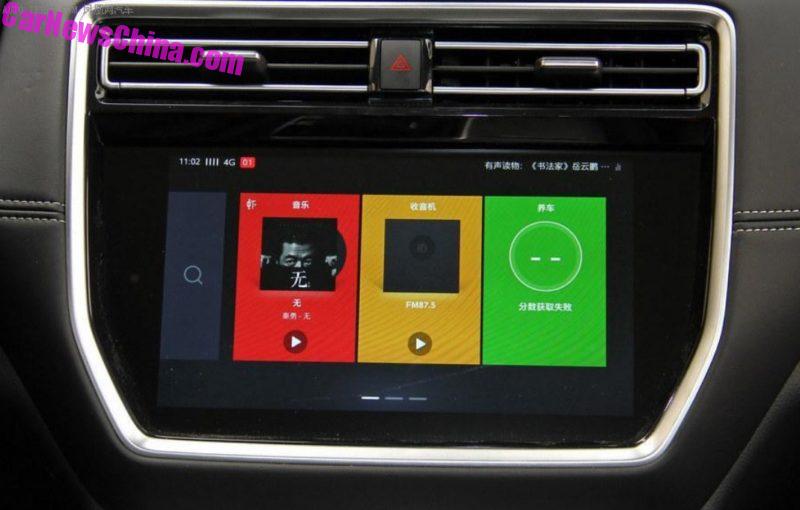 The infotainment system is powered by Alibaba’s Yun OS. The screen measures 10 inch. 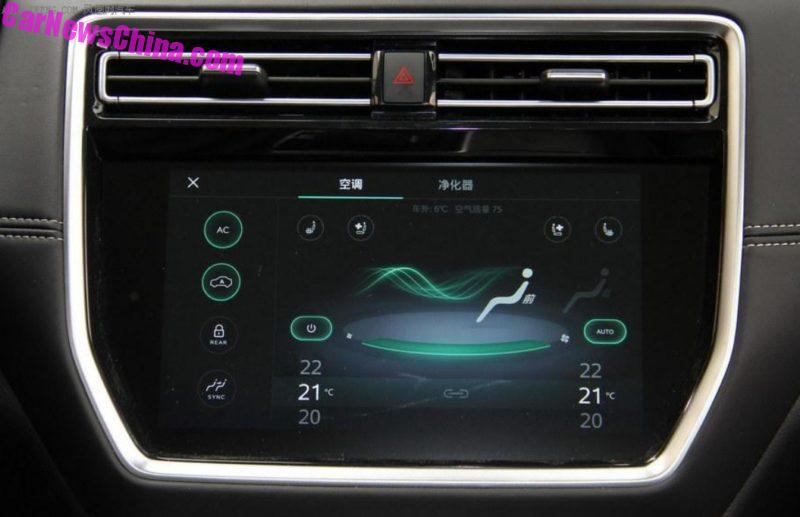 Great graphics for the aircon. So green! And indeed the RX8 is equipped with a air-purifying system to keep the stinky smog away. 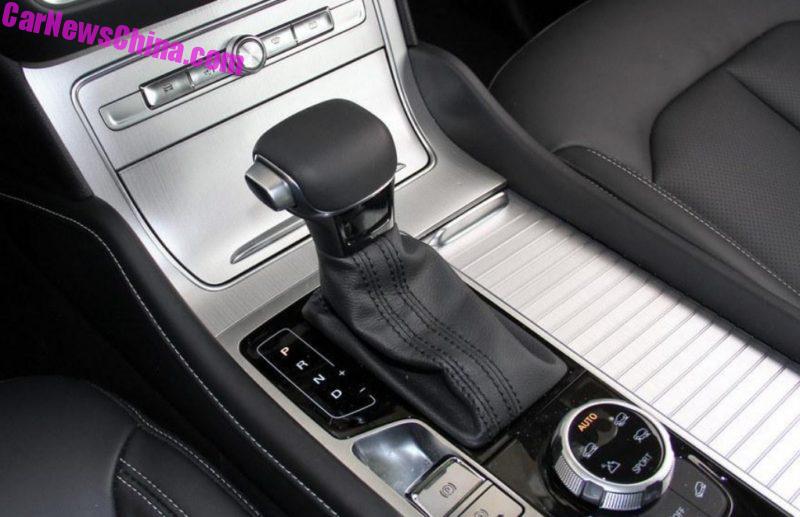 Thge RX8 has no less than six driving modes, ranging from off-road to snow to sport. 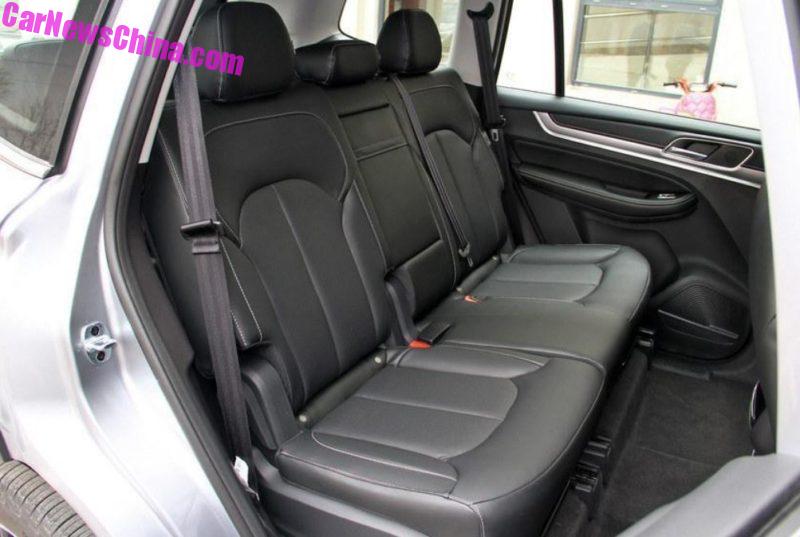 The RX8 seats five, with an optional third row for two extra seats. 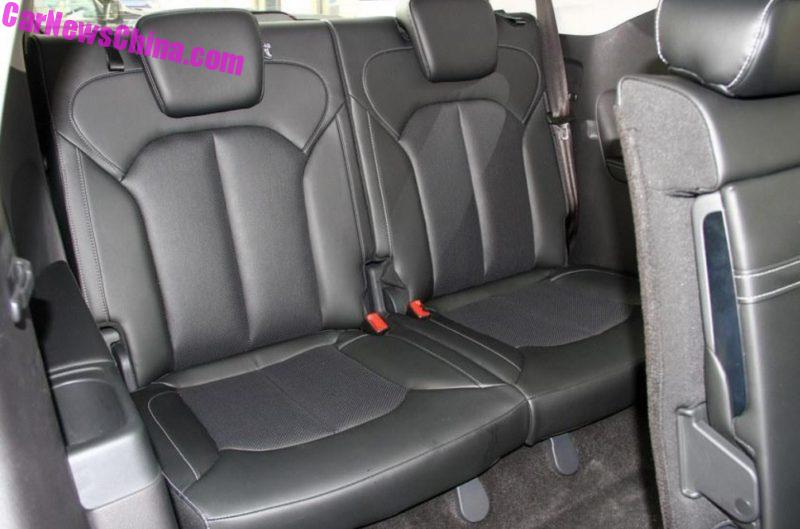 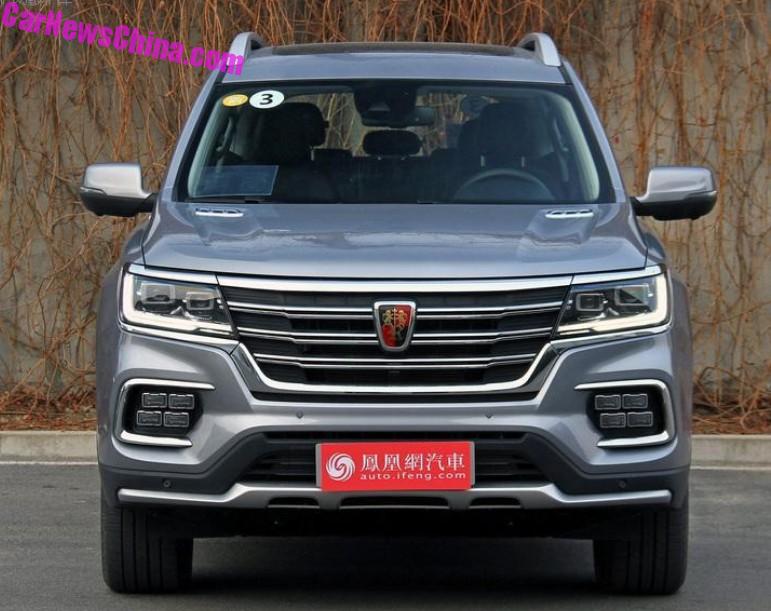 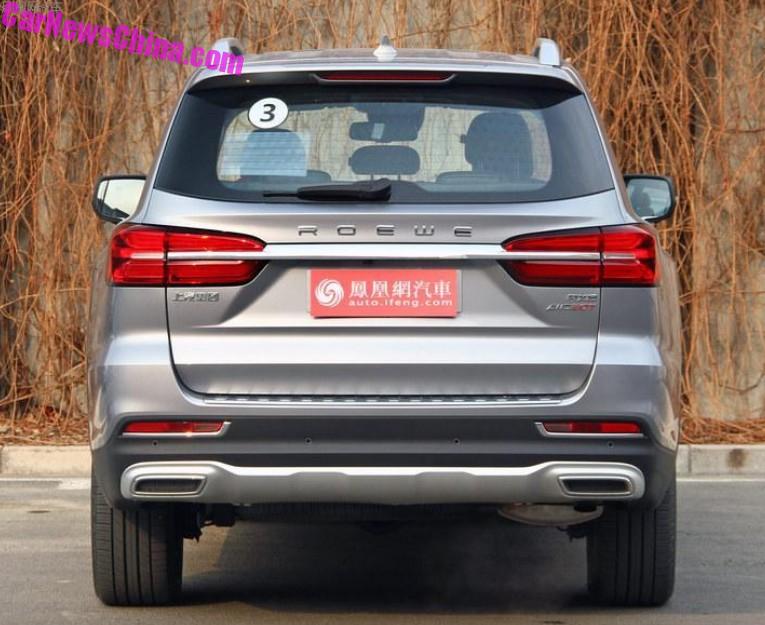 Pipe tips are fake. Real pipe can be seen on the right side just under the bumper. 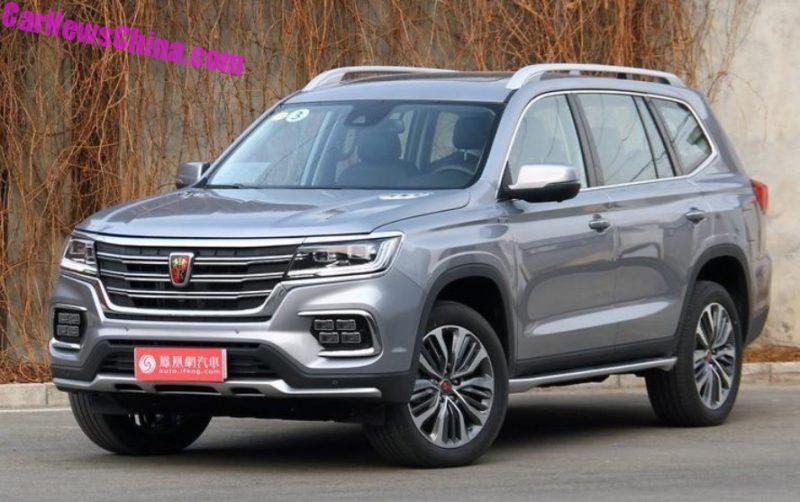 The new Roewe RX8 for China. It looks good, engine is good, interior is good, but it seems a bit expensive compared to the competition.