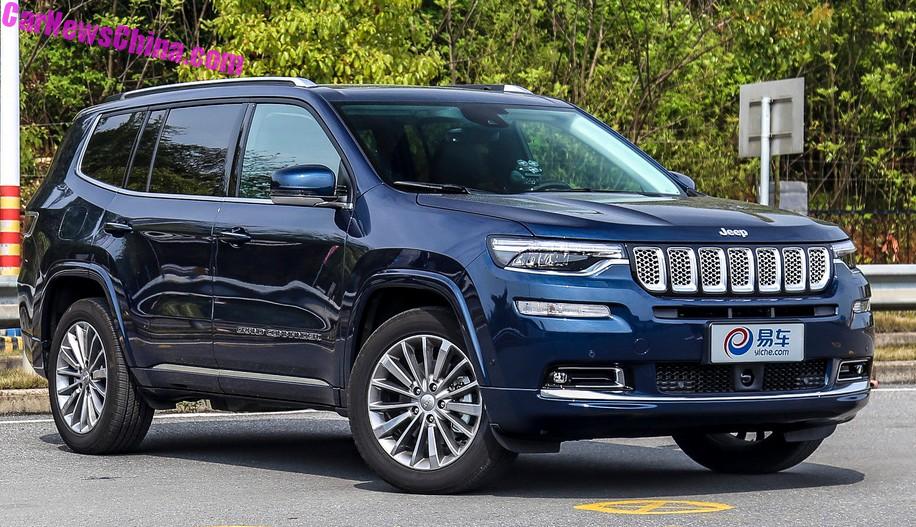 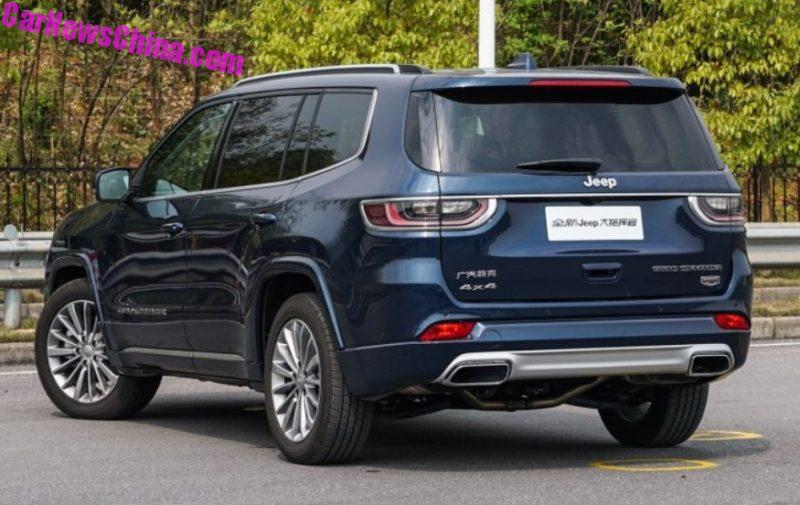 The problem is that the Grand Commander will not be available with a V6, unlike its competitors. A V6 still has loads of snob-value in China; every other Teramont I see is the 6-cylinder variant.

The Jeep’s only engine is a turbocharged 2.0 four: one with 234 hp and one with 265 hp, both mated to a nine-speed automatic. There are two base versions with front-wheel drive (!), the rest of the range is four-wheel drive.

But there is hope because Jeep also announced a plug-in hybrid version, scheduled to launch in 2019. the petrol engine will be the 265 hp 2.0 turbo, mated to an electric motor of a yet unknown output. Still a four-cylinder, but it will have lots of power. 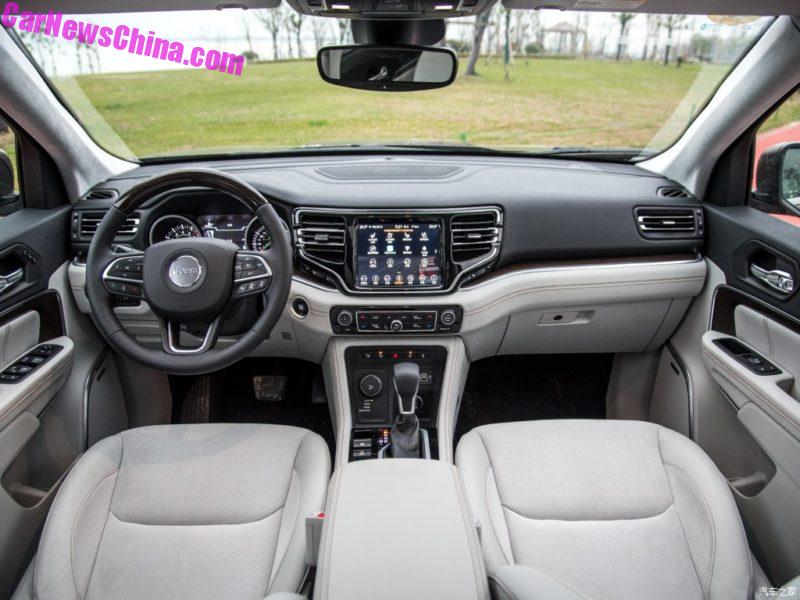 The interior is a bit of a disappointment. There are simple analog dials and, wait for it… an 8 inch touch screen! Eight inch! Even Volkswagen gets ‘m bigger these days. 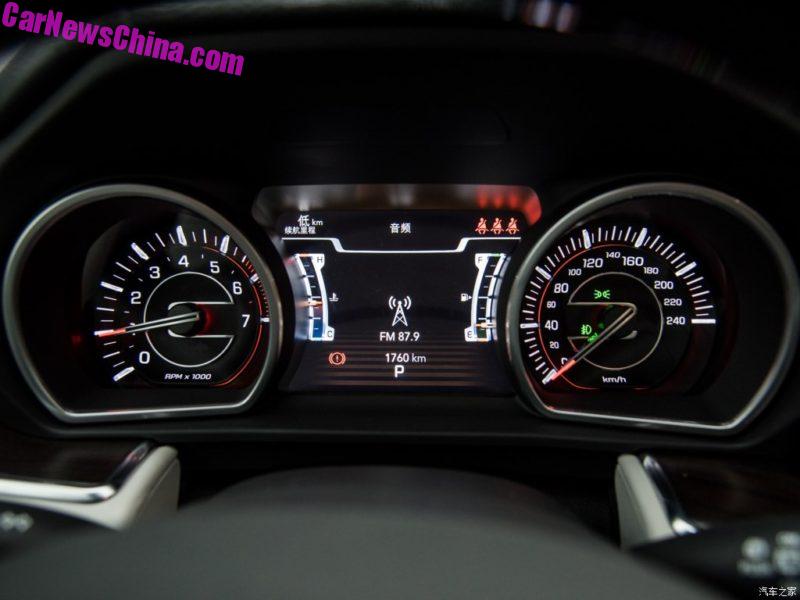 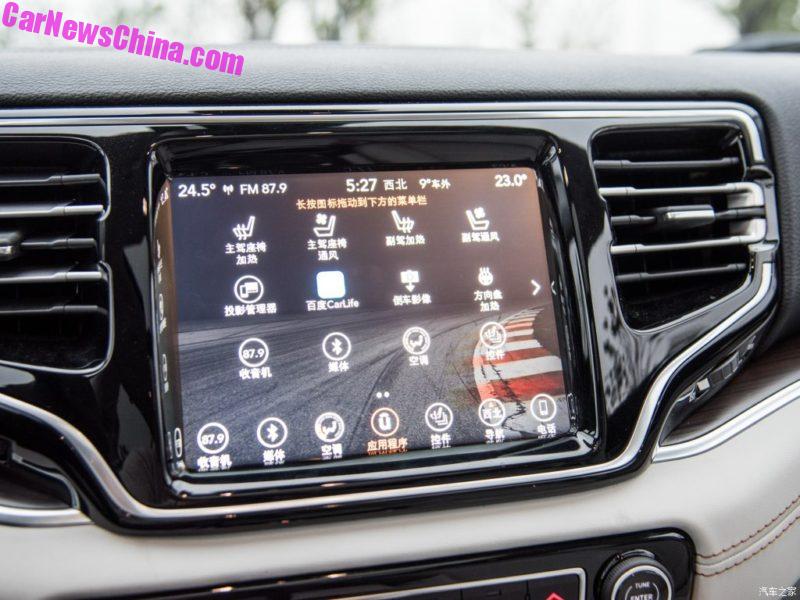 The icons look like those on a 2009 Apple telephone. Nice at the time for sure, but hopelessly outdated today. 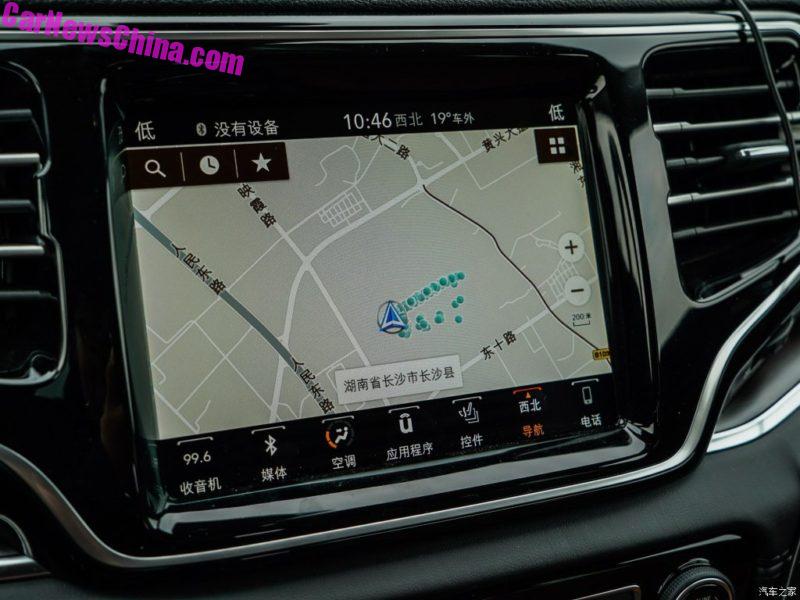 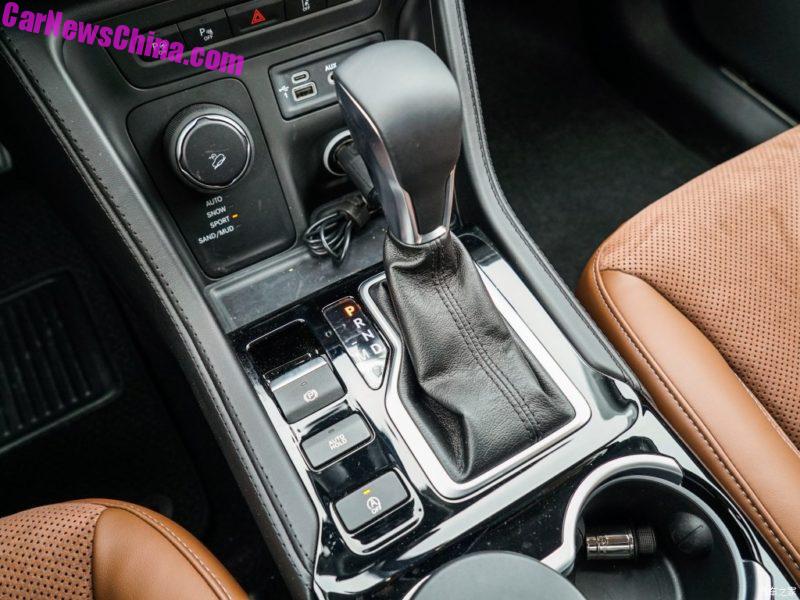 It just doesn’t look so modern, and the layout looks strangely cramped. As if they suddenly found out there wan’t enough space for all the buttons they had planned. 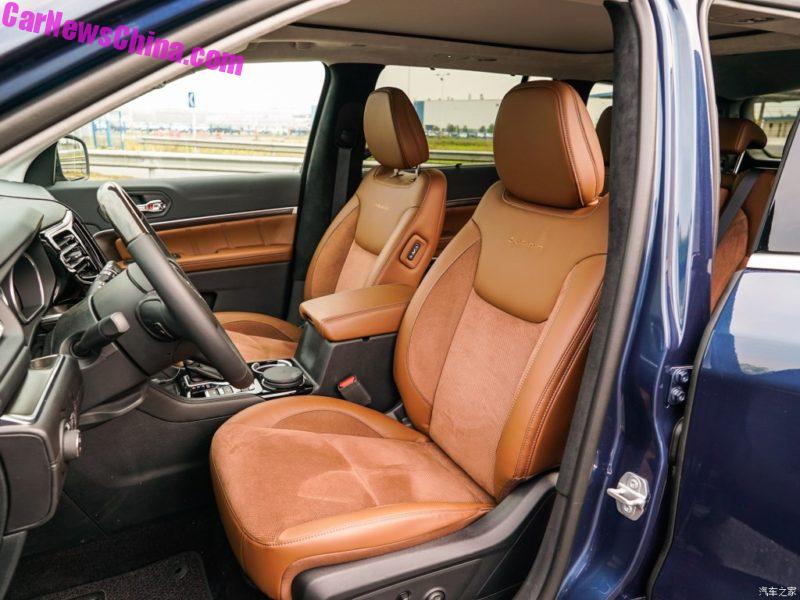 Jeep however grabs some points back with the seats. They really look great. Cowboy inspired, it seems, cow hide style. Very nice color and design. 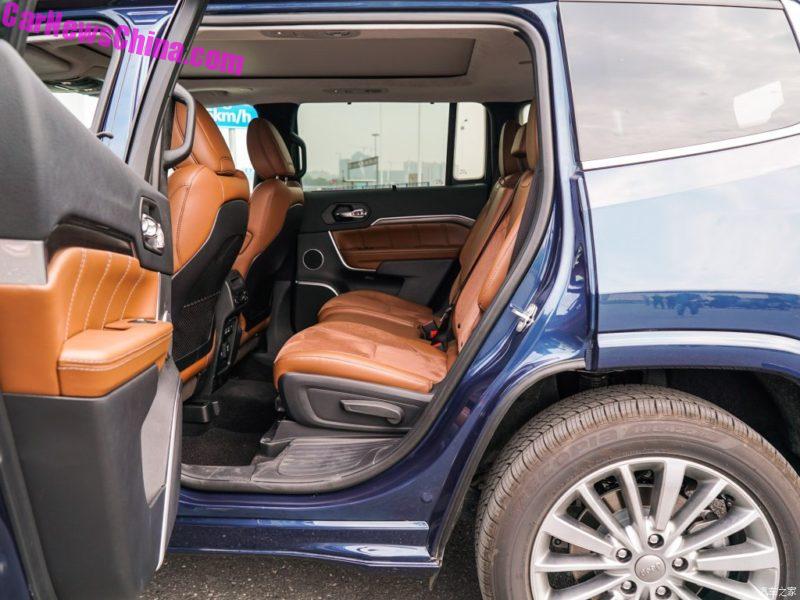 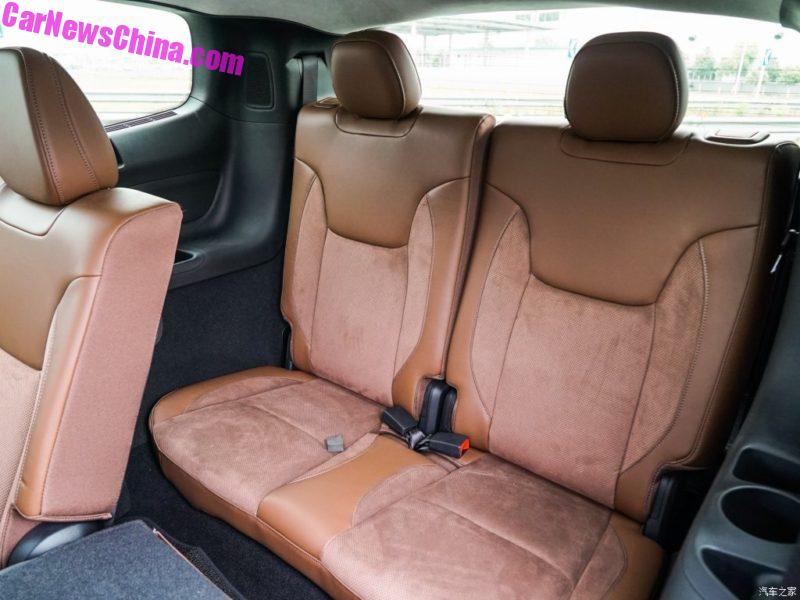 Enough space for two adult cowboys on the third row. 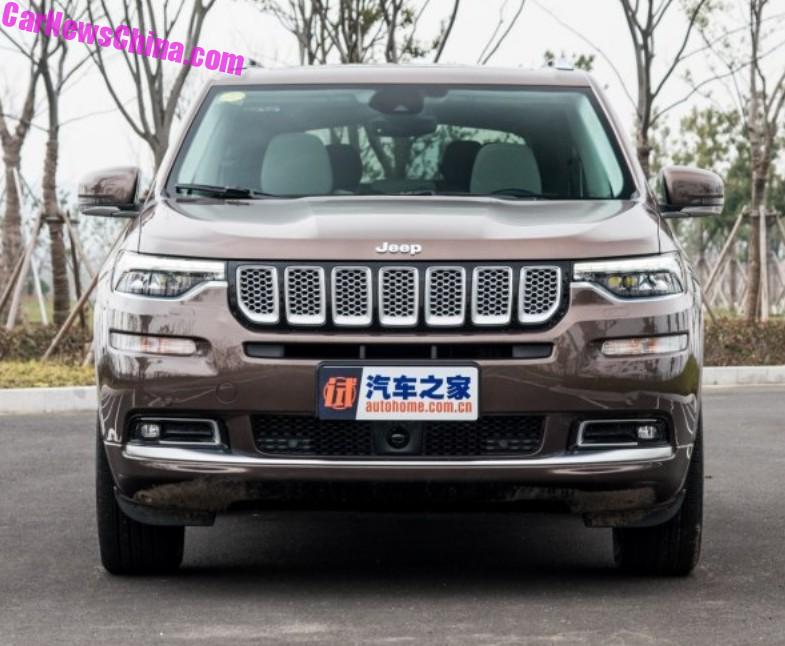 Jeep has this world famous signature grille design. So what do you do for the status-means-all Chinese auto market? You make that grille as BIG as you can, right? Right? Right?! Right??!! 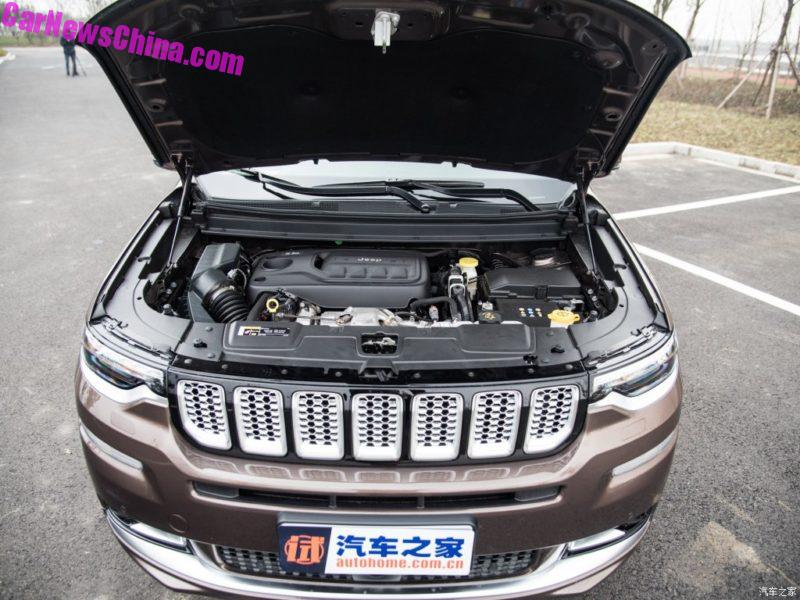 A V6 seems perfectly possible; lots of space under that bonnet. 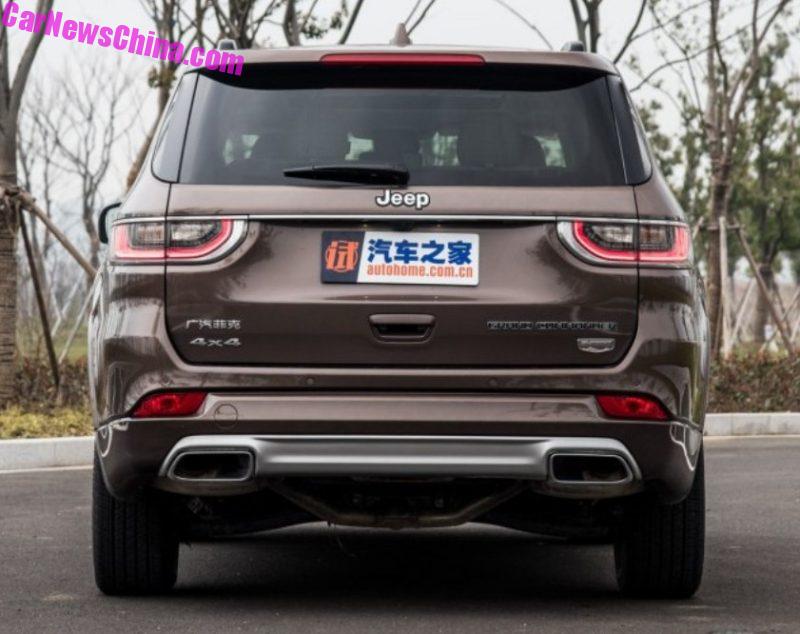 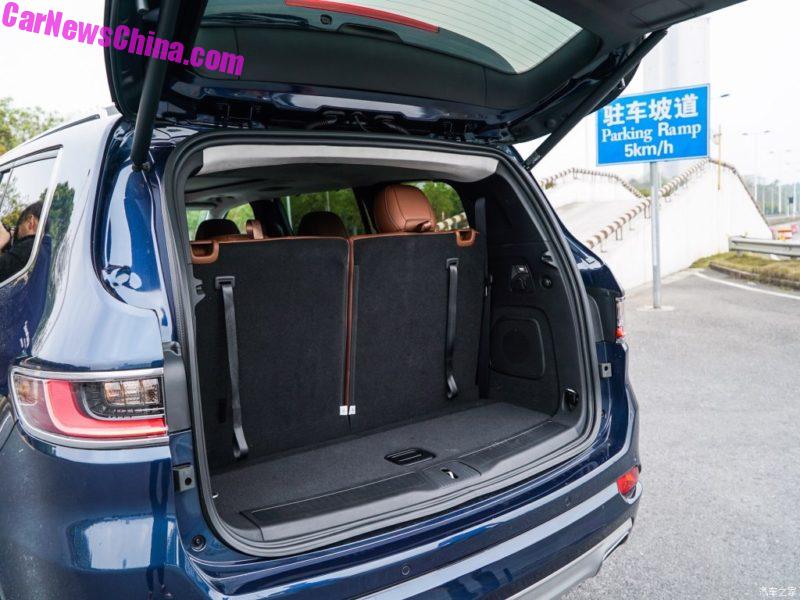 Enough space for a saddle even with the third row up. 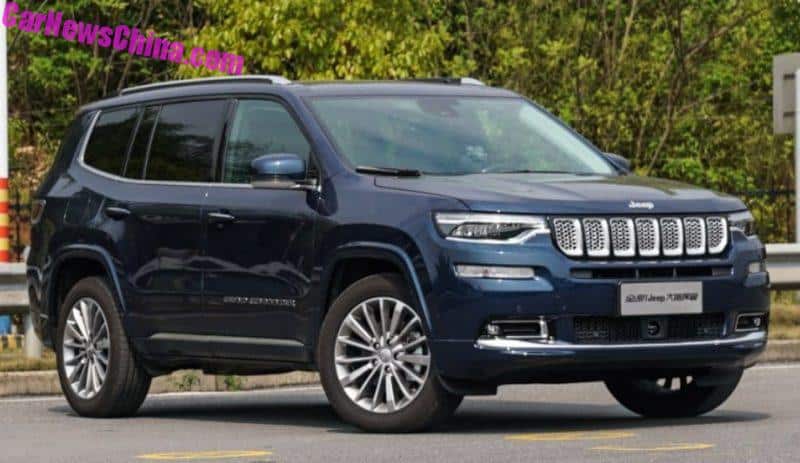 It is a good looking car and it has the popular Jeep badge, but the low tech interior and the lack of a big engine will let the Grand Commander down in the marketplace. This new Jeep is going to be a hard sell, at least until the PHEV arrives. Nice seats though!