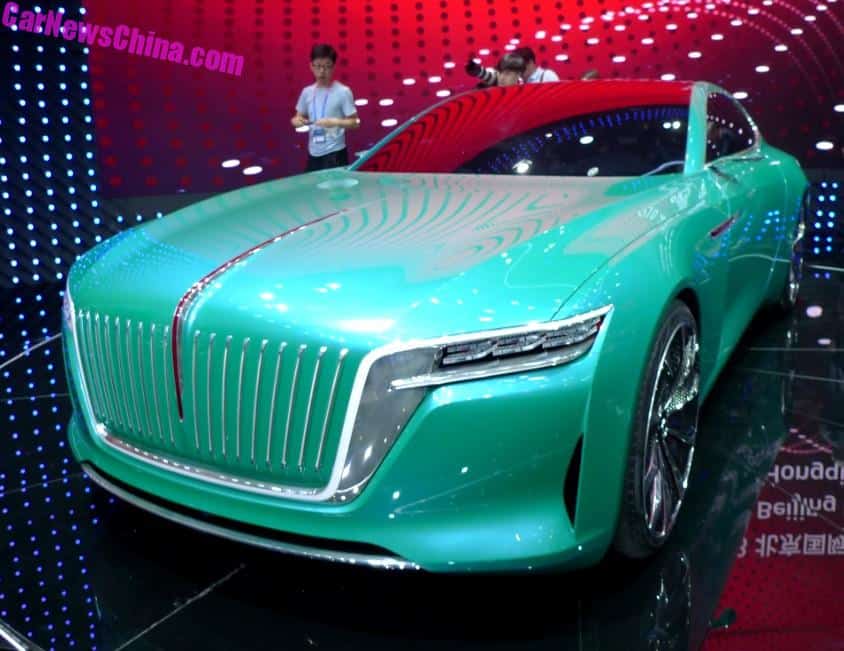 Welcome to Part 3 of our coverage of Day 1 of the 2018 Beijing Auto Show. Starting with the Hongqi E·境 GT, a beautiful green concept coupe with the hood ornament integrated in a line over the hood and grille. Sadly, the E·境 GT is not destined for production, but we will see some of its design elements on future Hongqi cars.

The Hongqi E-HS3 electric SUV concept, previewing the EV version of upcoming Hongqi HS5. It looked totally production ready. The EV will launch in Q3, followed by the petrol version in Q4. 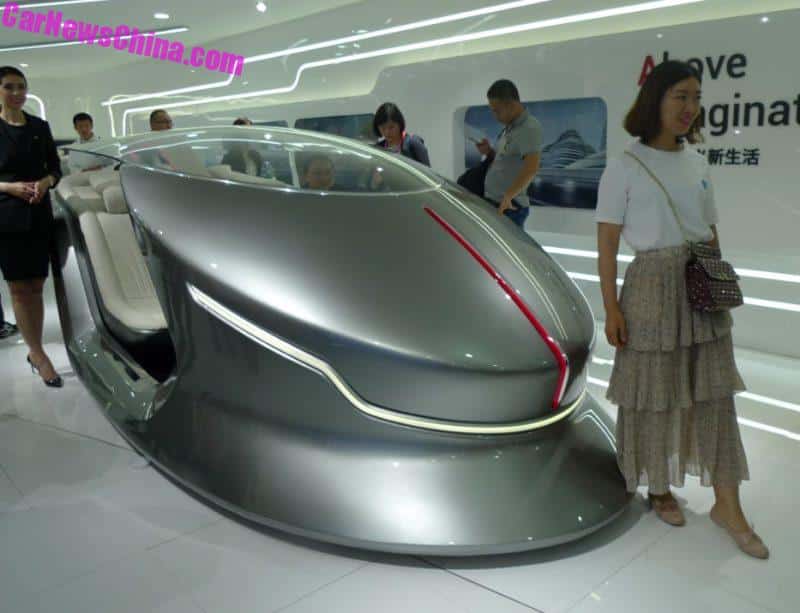 Hongqi also has two incredible cool two-seat pods on show. They previewed a new intelligent cockpit, with big screens and face recognition and all that. But the exterior was far more interesting, with the hood ornament again on the grille and ‘hood’, a light unit going all around the front.

This is the other one, it had a slightly different design. These things got to play in a movie. 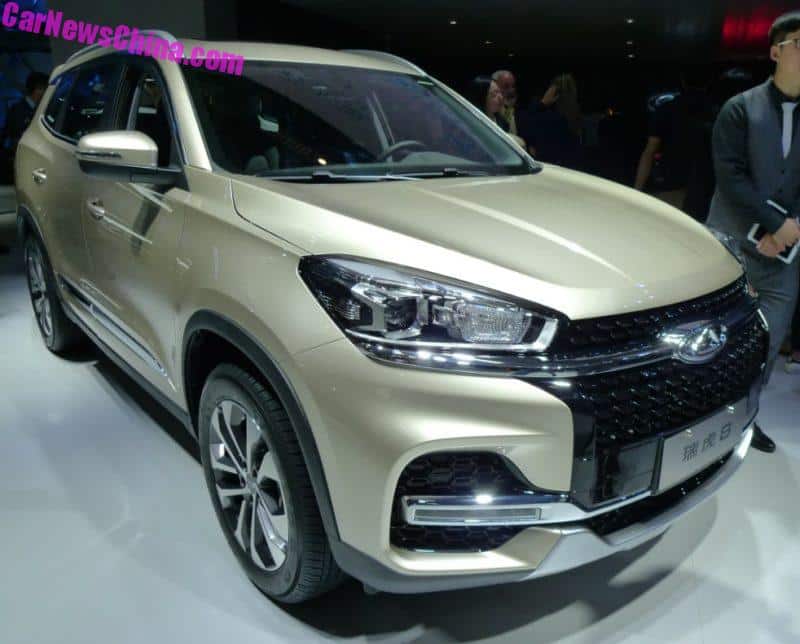 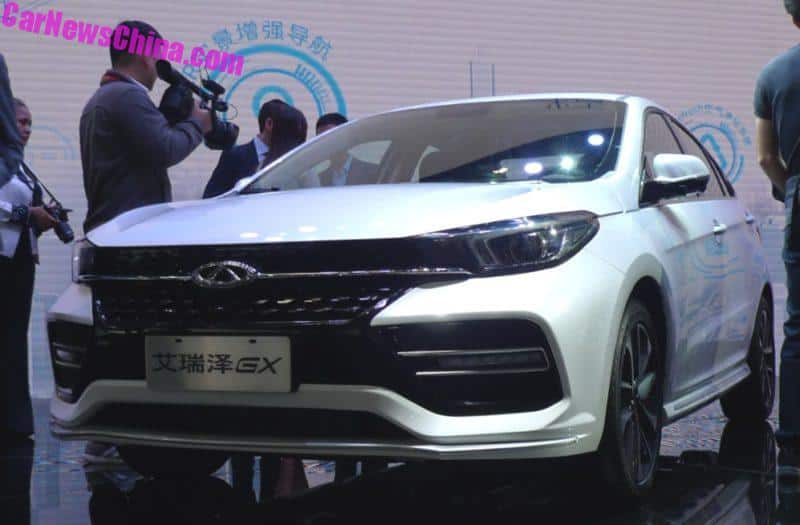 The new Chery Arrizo GX, formerly known as the Arrizo 6. The GX will be positioned between the Arrizo 5 and the Arrizo 7. So why not call it 6?

That is, according to Chery, because the GX will be positioned higher upmarket than an Arrizo 6 would. Got that? So price wise it will be closer to the Arrizo 7 than to the 5, but for the extra money buyers get a fancy grille and a techy infotainment system. Power comes from the same 1.5 turbo as in the Tiggo 8. 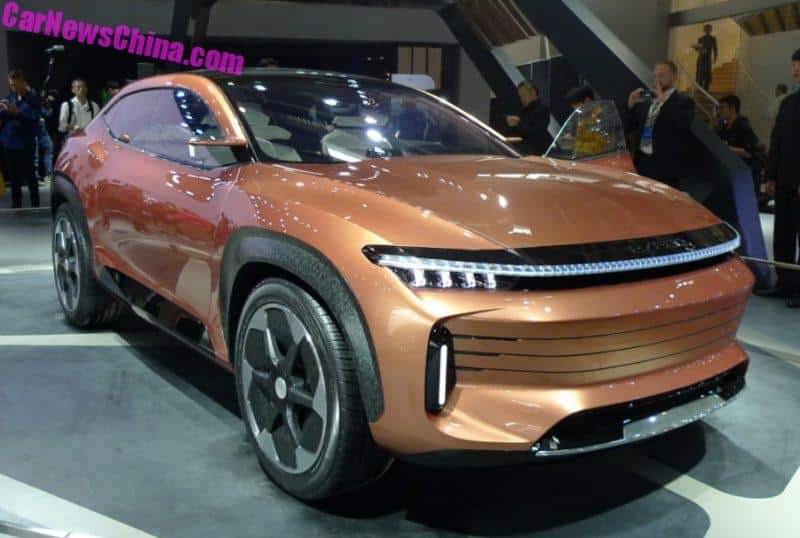 This is the Chery Exeed LX, a concept previewing a sporty crossover for the Exeed range. Strangely however, the Exeed TX8 was nowhere to be found on the Chery booth, and we know that it is ready. 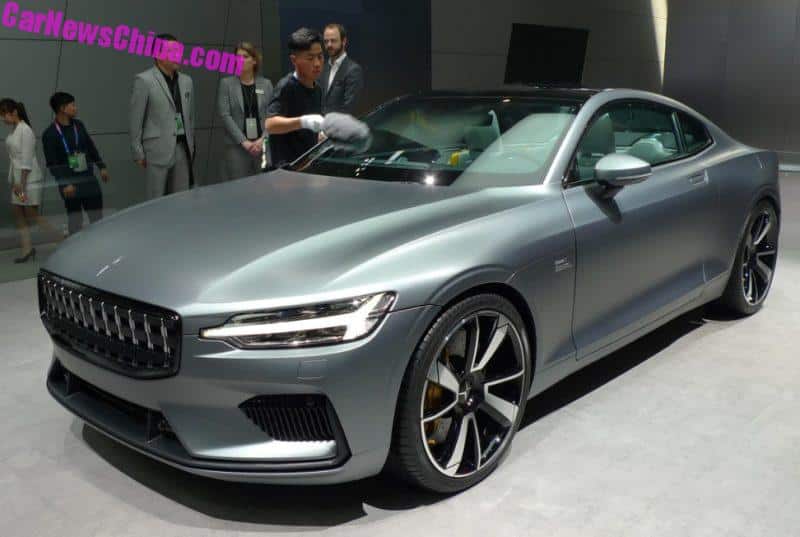 The pretty Polestar 1 was on the show as well. This is not the production version yet, but it is close. Pricing has been announced: 1.45 million RMB in China, 155.000 euros in Europe and $155.000 in the United States. The Polestar will be manufactured in Chengdu in China, and nowhere else. 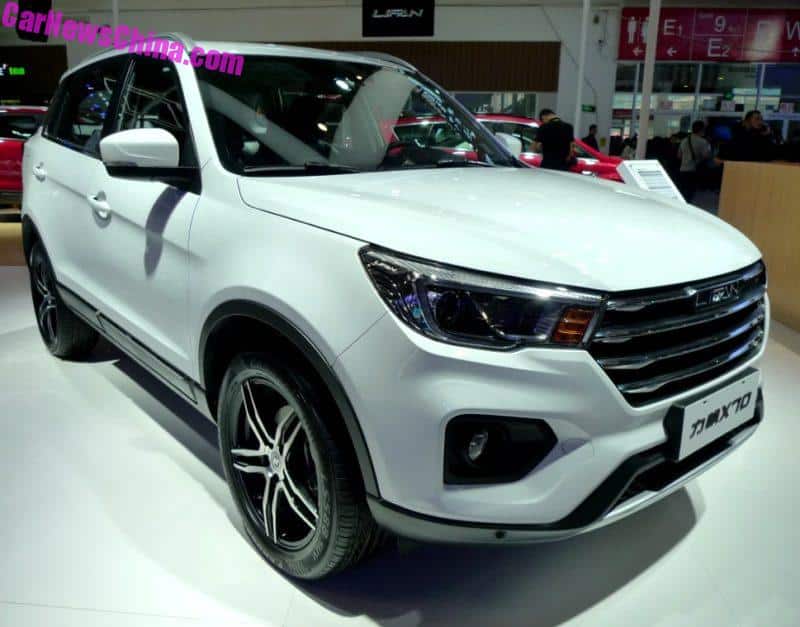 Lifan had a nice surprise with this X70 compact SUV, probably the best looking Lifan since years. It will be launched on the market in the second half of the year, powered by an old-school 2.0 with 141 hp. 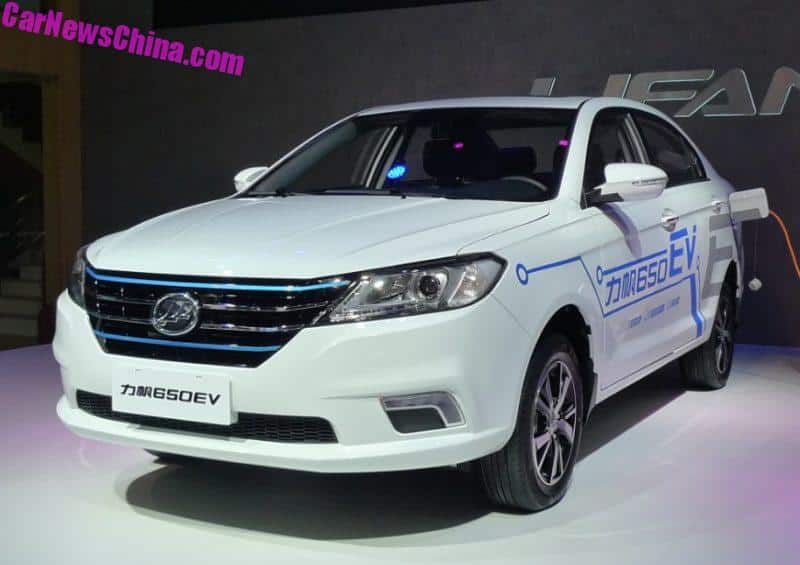 Lifan also had the 650EVon show, a compact electric sedan with 135 hp and a 300 kilometer range. It will hit the market in Q4.

Yes and they still make this thing! The famous Mini clone with a Fiat 500 nose. It is only available as an electric now, with 80 hp and a 180 kilometer range. It costs only 56.800 yuan. The news was that Lifan is starting a car sharing scheme with it, called Pand-Auto EV. The logo is a panda. Well, I wouldn’t mind to share mine.