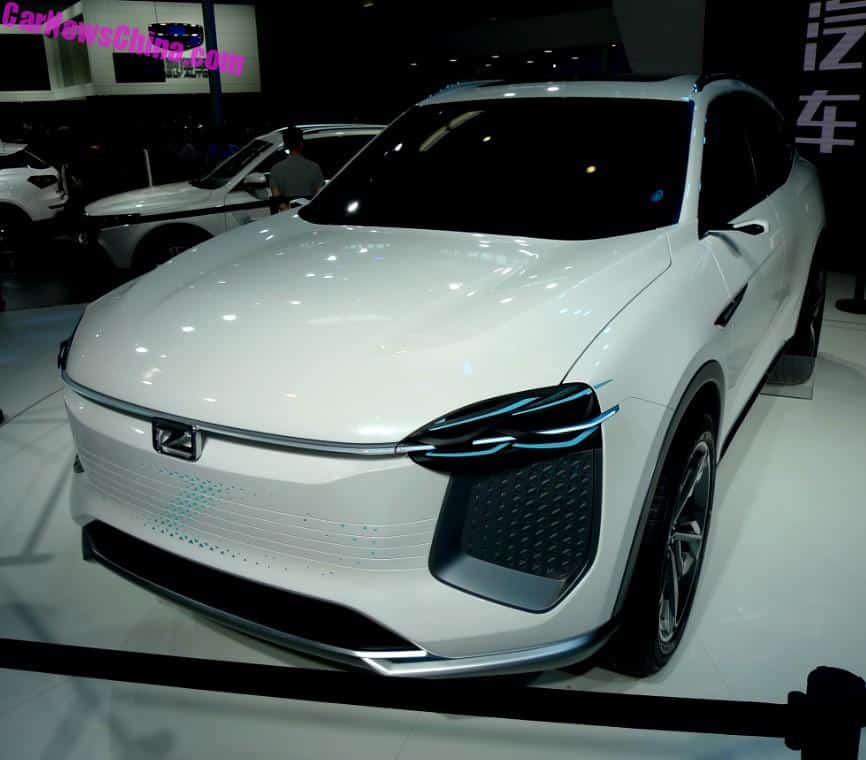 Welcome to Part 1 of our coverage of Day 3 of the 2018 Beijing Auto Show. Starting with the Zotye i-Across, a concept that looks far too much like a Jaguar. It previews an upcoming compact crossover and a new design language. We are sure Jaguar is going to like it! 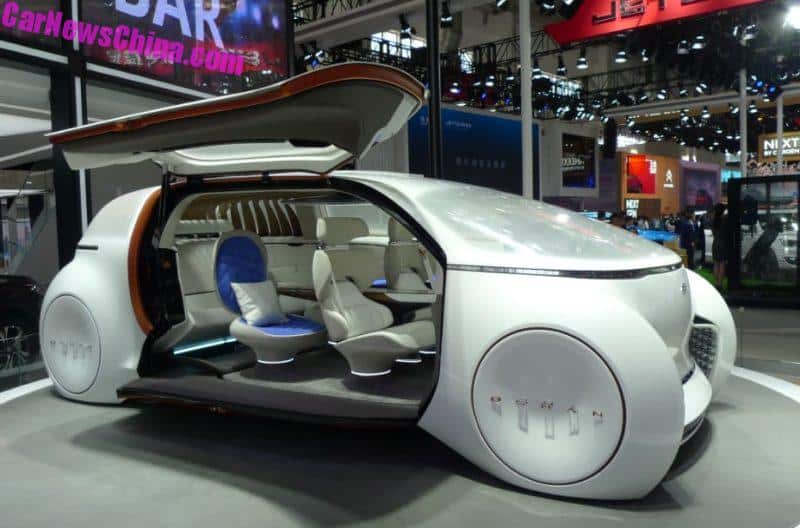 This is the COS Oshan, a futuristic concept of an autonomous electric vehicle. There were quite a lot of this kind of pod-like concept on the show, as if they were all designed by the same guy. I like how they did the wheels. 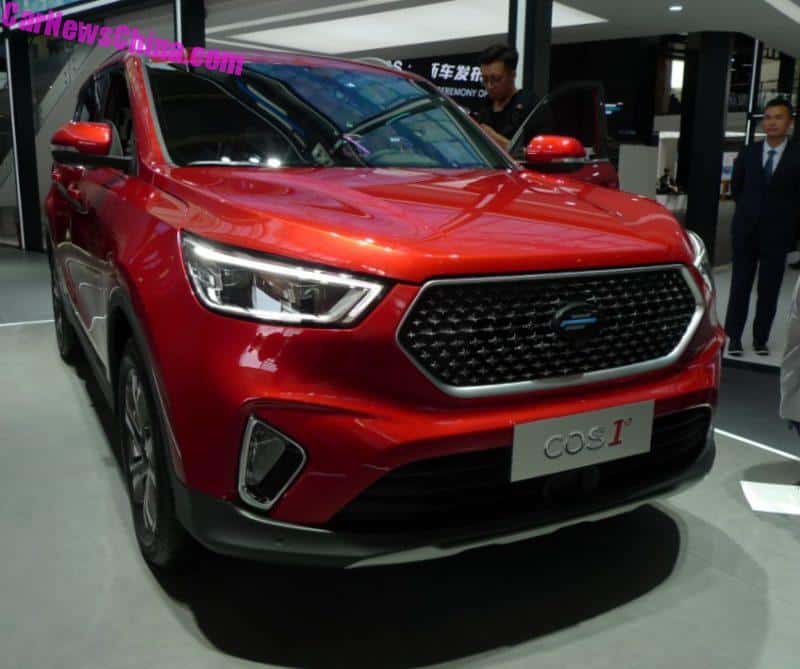 Now for the real one. This is the Cos 1 ̊, the first car of Changan’s new COS brand. COS is going to make a range of affordable premium SUVs. The 1 ̊ will hit the market in June, powered by a strong 1.5 turbo with 178 hp, mated to a six-speed auto. Good looking car. 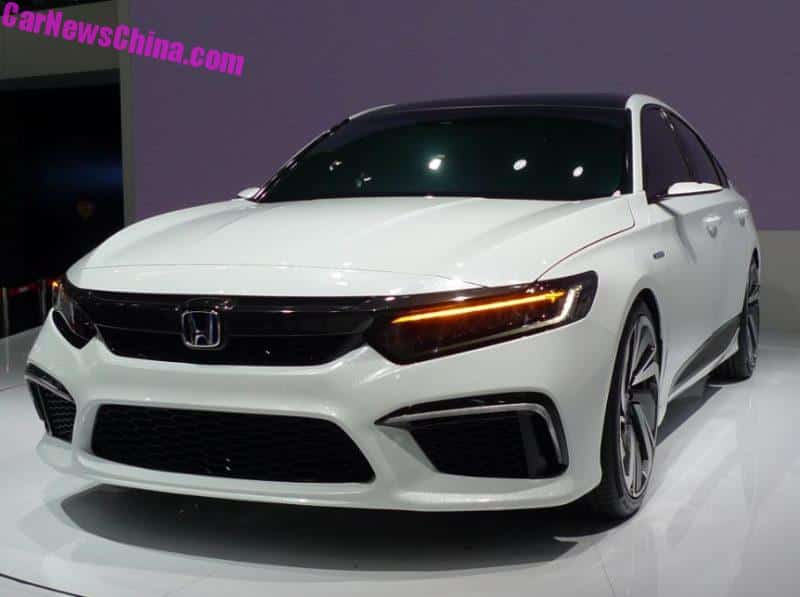 Honda had three new cars. The first one was this Honda Inspire concept. The Inspire name was used for extra fancy versions of the Accord from 1990 until 2012. But it will come back, but only in China. The Inspire will once again be based on the Accord, with added luxury and some different design. It will be made by the Dongfeng-Honda joint venture, set to launch on the market in September. 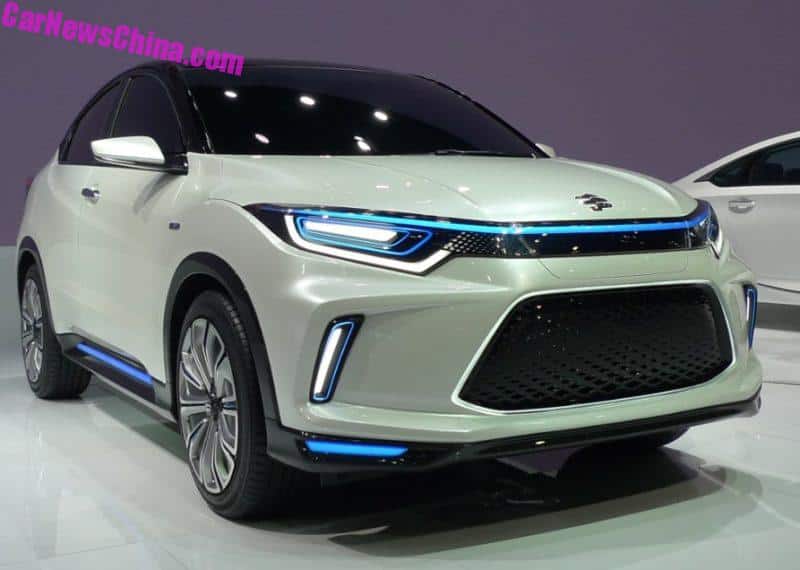 Everus is a sub-brand under Dongfeng-Honda. They only make one car, the S1, based on the fourth generation Honda City. Honda has apparently decided to bring some life into the brand, and they showed this Everus EV, a concept previewing an electric crossover based on the Honda XR-V.

The Accord Sport Hybrid is a traditional hybrid (not plug-in) based around a naturally aspirated 2.0, good for a total output of 211 hp. It is a nice looking thing with a cool name, but a 2.0 instead of a small-displacement turbo, and a hybrid instead of a plug-in hybrid? Is Honda really living in 2018? It will be launched next month. expect slow sales. 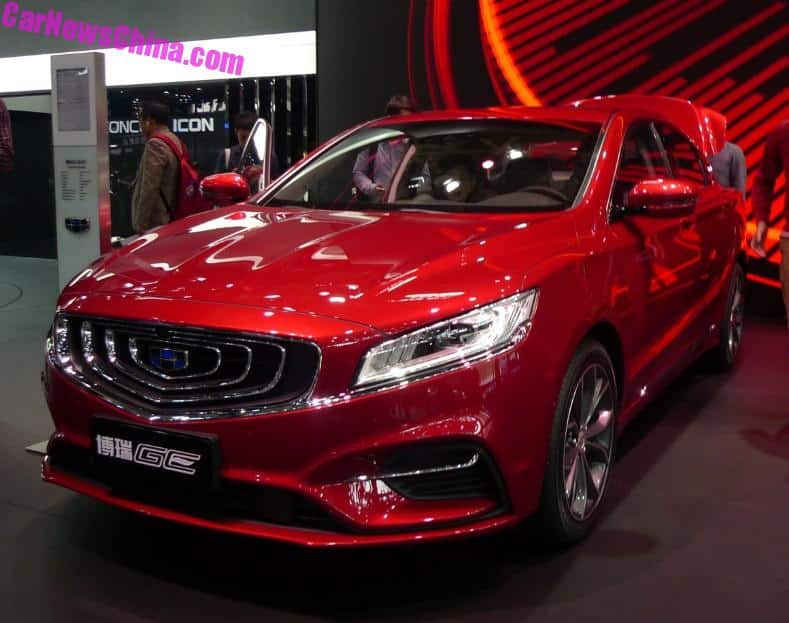 Geely had two new cars, one for real and one concept. The Borui GE is the plug-in hybrid variant of the Borui sedan. It has the same power train as the Volvo XC40 PHEV and the upcoming Lynk & Co PHEVs. Total output is 250 hp and 400 Nm, making the Borui GE the most powerful Geely ever. But it still stands on a Geely platform, not on a Volvo platform. I assume they strengthened it up a bit to handle the extra horses. 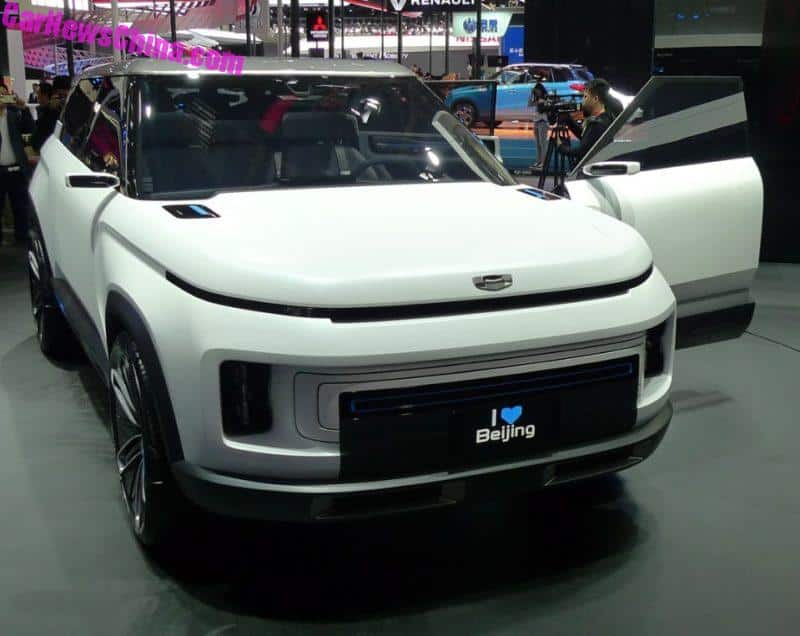 The second new car is this Icon Concept, geely’s take on the Volvo XC40. How many brand shave used the Icon name for a concept car..? There was the 2012 MG Icon, and the 1997 Jeep Icon. Doesn’t Geely Google these things? Anyway; the Geely Icon shows a more stylish design direction for the Geely brand, and the eventual production version will be build on the Volvo CMA platform, just like the Lynk & Co cars and the Volvo 40-series. 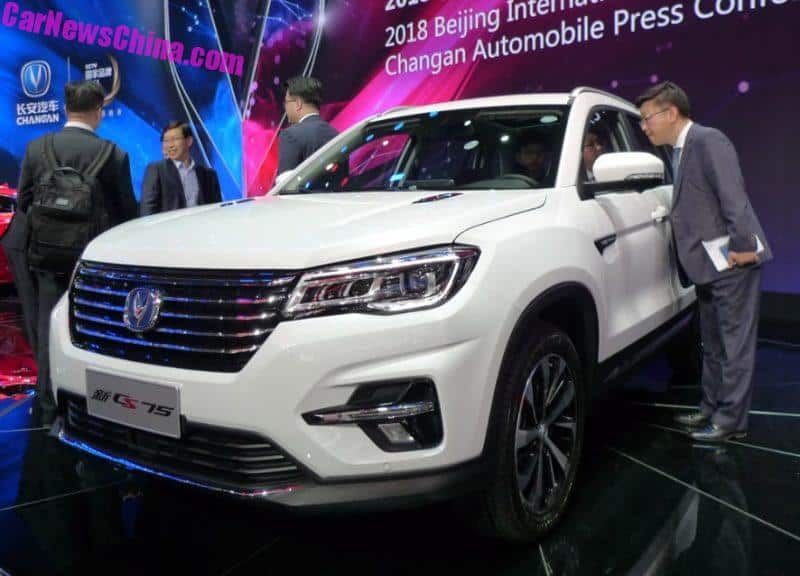 No fancy concepts at Changan. They had the facelifted CS75, the CS75 PHEV, the… 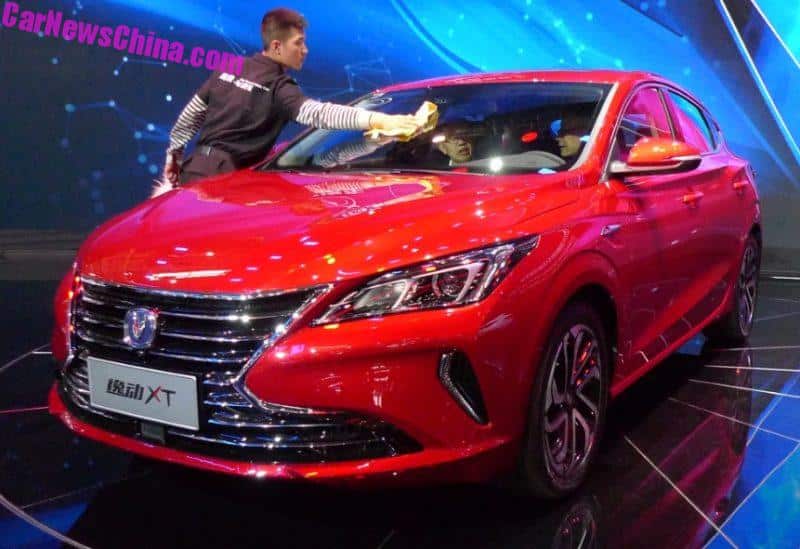 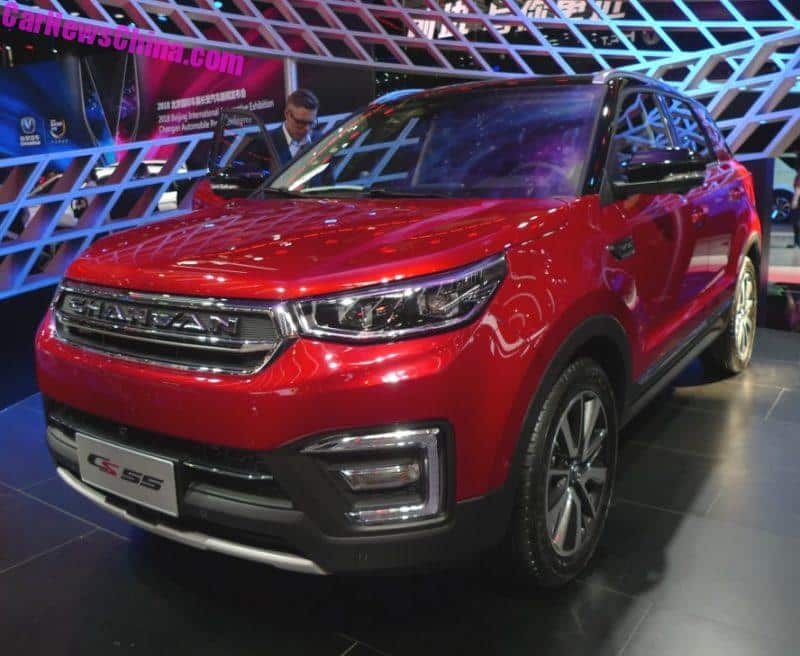 … facelifted Changan CS55. And that was a good one because the CS55 suddenly looks a lot better than before. All the new cars will launch next month. 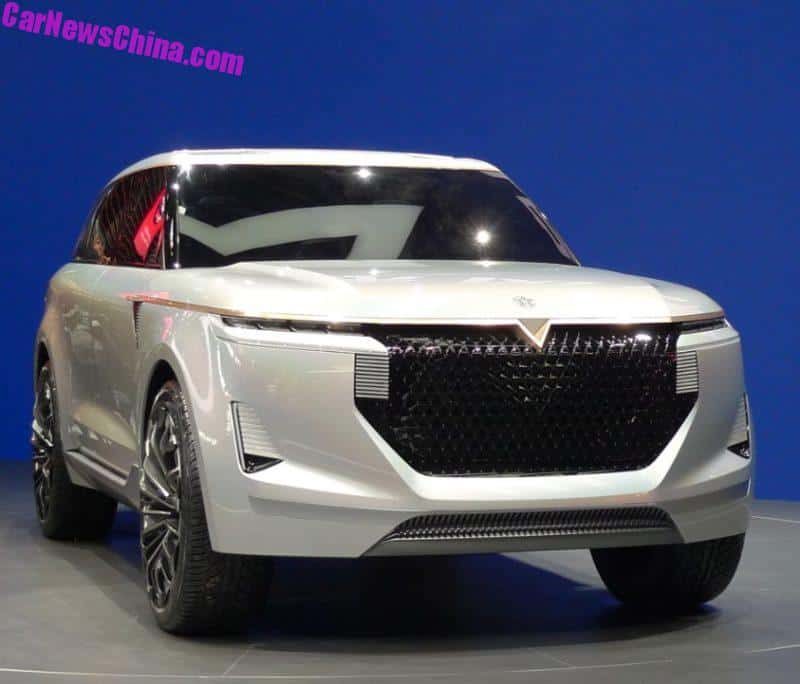 Venucia is a sub-brand under Dongfeng-Nissan, and the only such sub-brand that has actually become a success. So they want more, much more! And therefore they came up with this giant Venucia The-X, and that is a good name. Venucia said it was just previewing design-language, but we wouldn’t be surprised if Venucia would actually build the The-X,  based, perhaps,  on the same platform as the Nissan Terra. 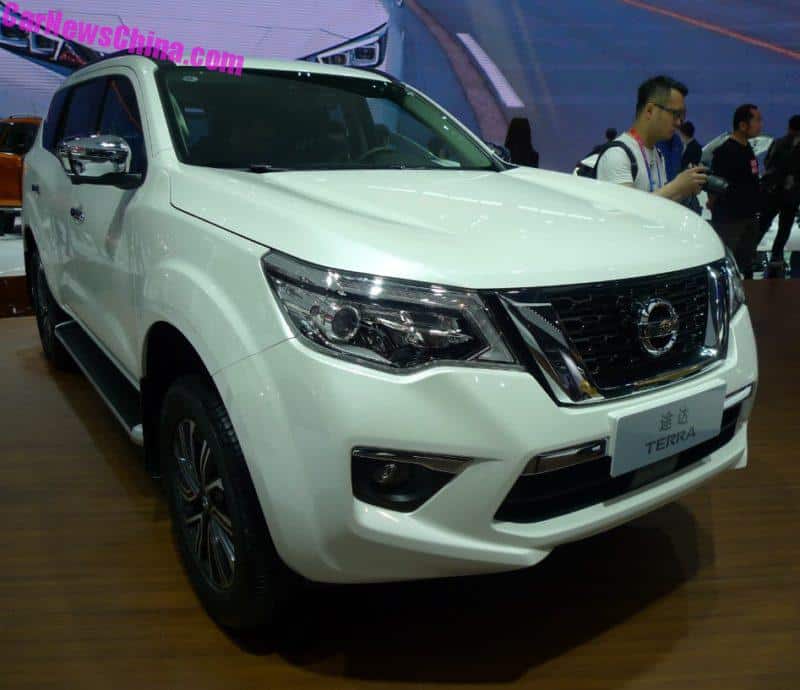 And this is the Nissan Terra, known abroad as the Paladin. The old generation Paladin continues in China, so they had to come up with a different name for the new one. The Terra was launched last week, price starts at 160,000 yuan, and power comes from an old-school 2.5 petrol with 184 hp. 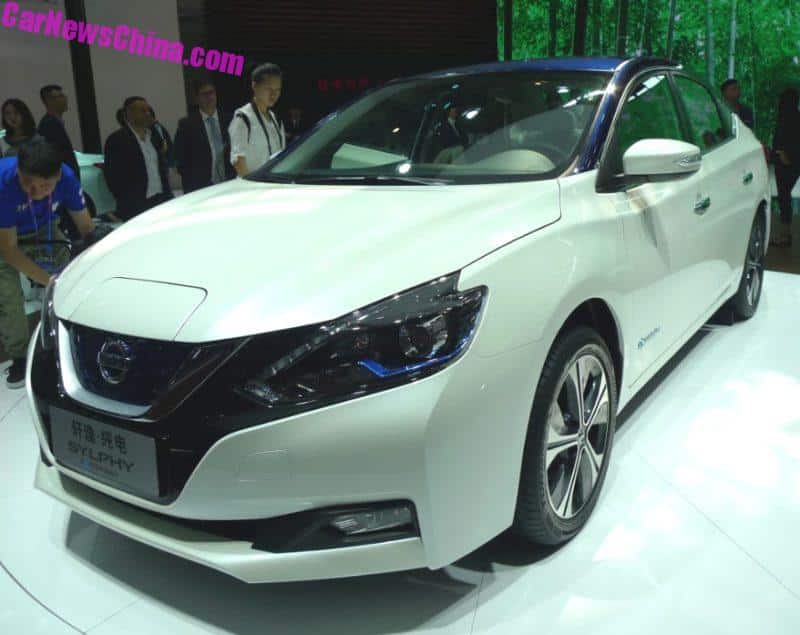 This car was the star of the show at Nissan. The Sylphy ZE  (for Zero Emissions) is an electric variant of the Sylphy sedan. The Sylphy EV is especially developed for China and won’t be sold anywhere else. Dongfeng and Venucia will both get their own variants. Output is 109 hp and range is an impressive 330 kilometers.