This Is The Skoda Kodiaq GT SUV-Coupe 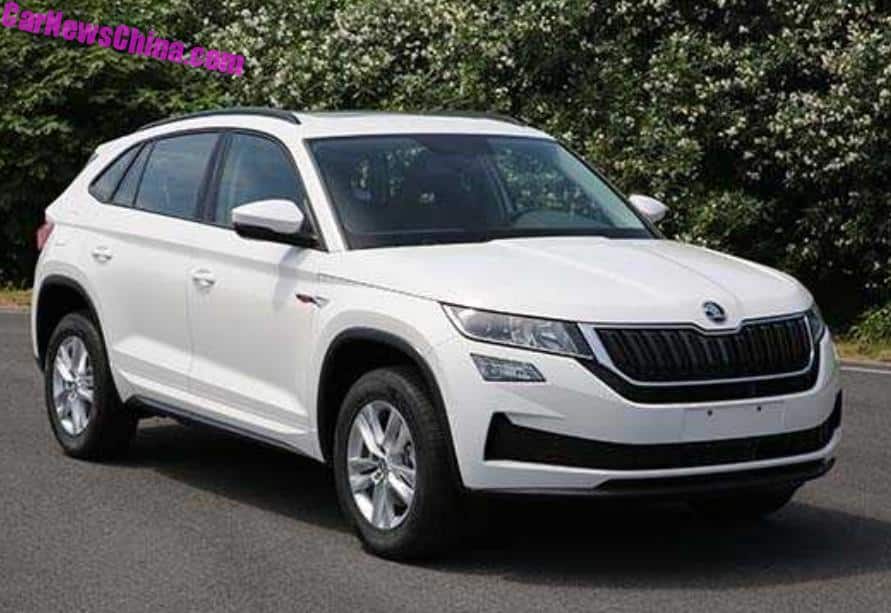 This is the brand new Skoda Kodiaq GT, a sporty SUV-coupe that will be positioned above the Kodiaq SUV. The car on the photos is the Chinese variant, made by Shanghai-Volkswagen.

It looks more exciting than all other Skoda’s combined, which of course is not very difficult. It has the typical SUV-coupe shape, with wide wheel arches and a rear-window spoiler. 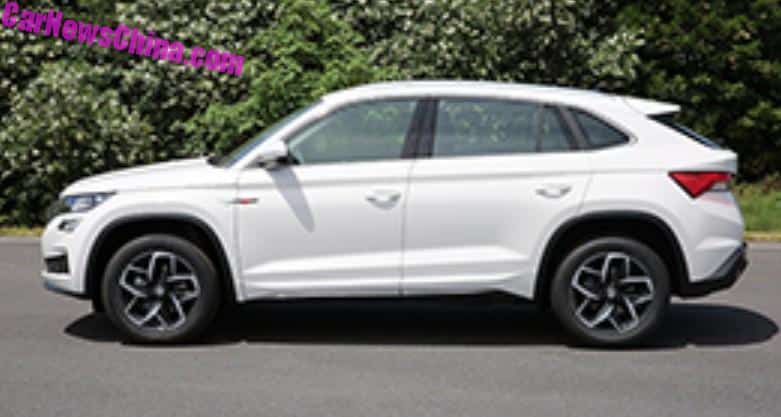 The Skoda Kodiaq GT seats five. There are no plans for a seven-seat version.

Power comes from a 2.0 turbo in two variants: one with 186 hp and one with 220 hp. Gearbox is a seven-speed DCT. Base car is front-wheel drive, high end cars are four-wheel drive. 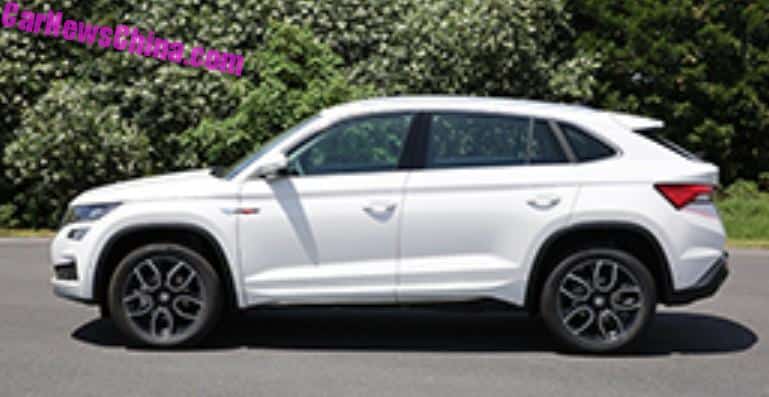 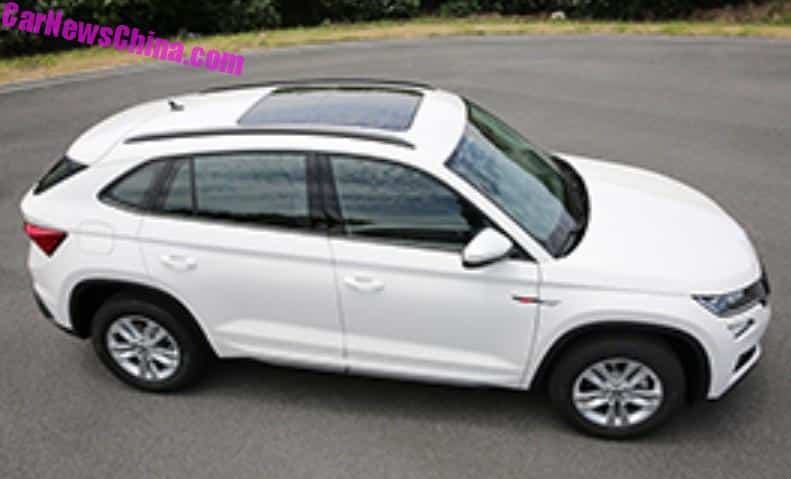 The Skoda Kodiaq will have its public debut on the Chengdu Auto Show in September, and will launch on the Chinese car market just before year’s end. Price is expected to start around 220.000 yuan. 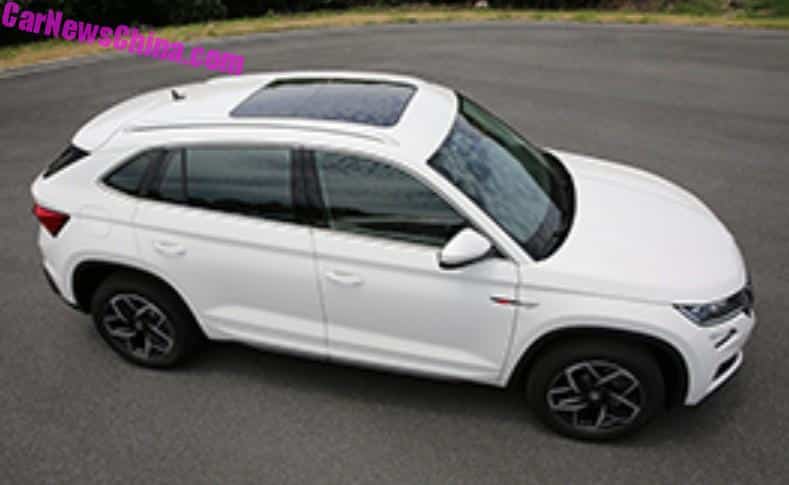 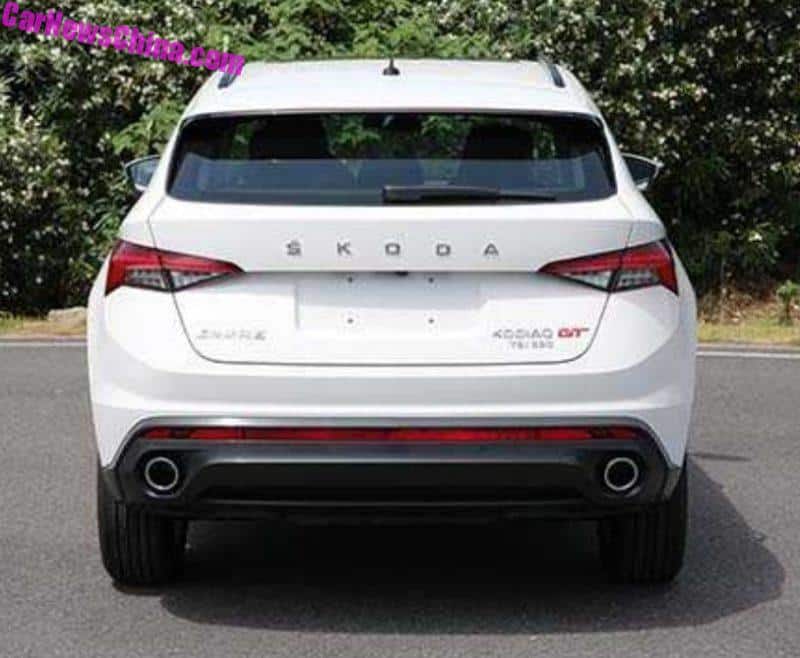 The Kodiaq GT badge on the left, with GT in red. A red badge..! Skoda has gone crazy. 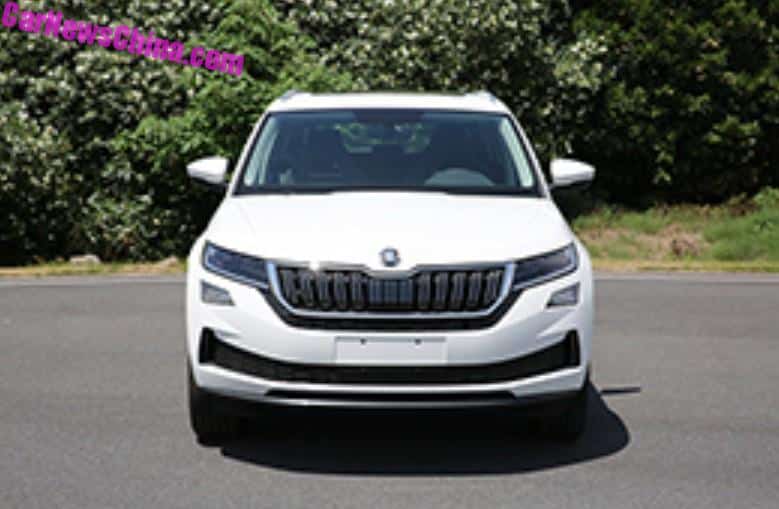