NIO Has Only 17.000 Reservations For The ES8 Electric SUV 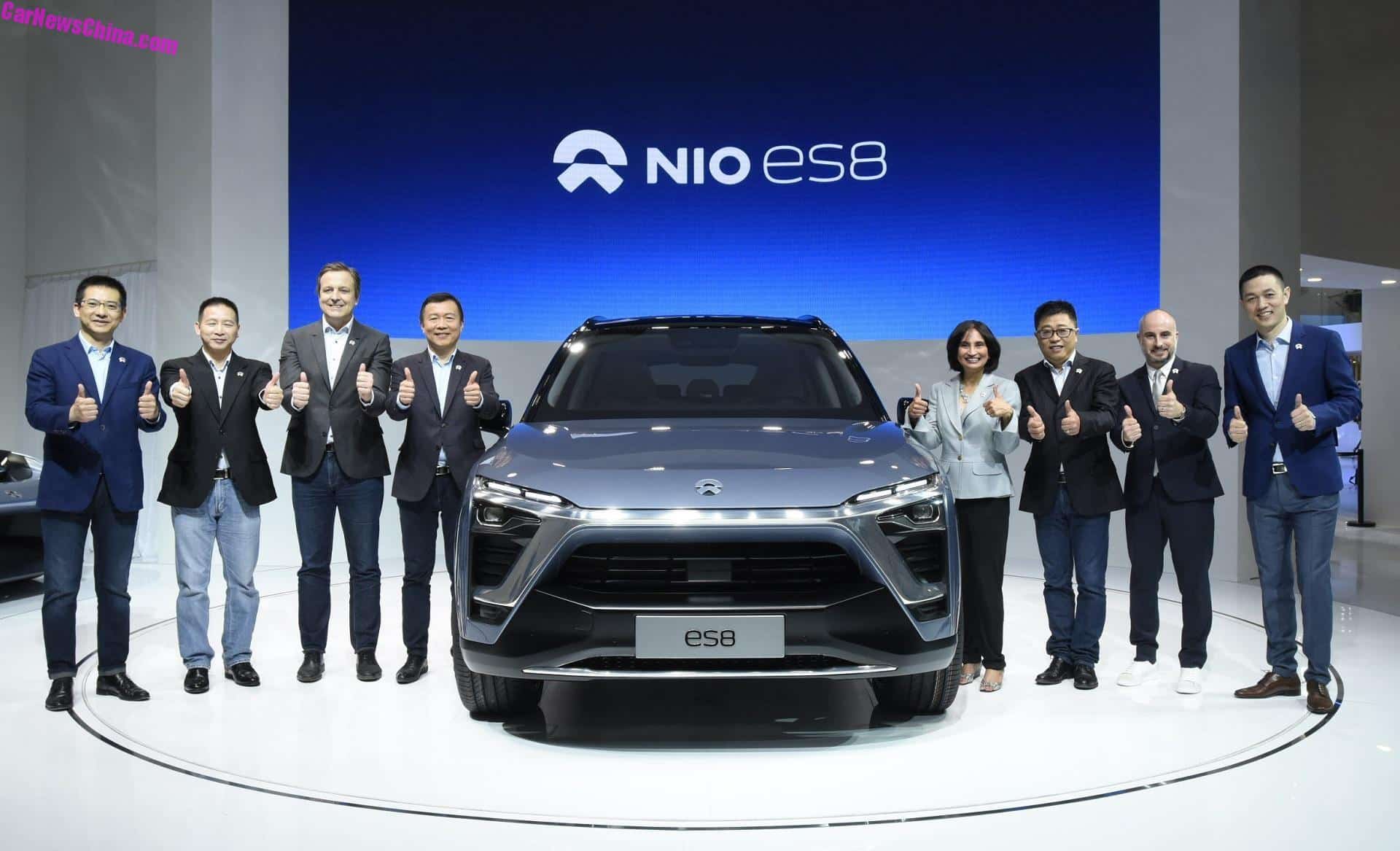 Chinese EV startup NIO has only 17.000 reservations for their ES8 electric SUV, which is really not much for an over-hyped company in the biggest car market in the world. It gets worse:

Now it gets really bad:

NIO states that if all of these 17.000 reservations would be converted into actual orders, it would take the company “6 to 9 months” to produce the required vehicles.

How do we know all this?

NIO wants to go public, and is planning a $1.8 billion IPO in New York. To to so, they have to file a so called “Form F1” with the U.S. Securities and Exchange Commission (SEC). In his form, they have to explain how the company is doing. They can’t lie. If they do, they will get sued to dead later on. And that means that in general, an SEC filing gives a good idea of a company’s shape. The filing describes the situation up until July 31.

You can read the entire filing here. Below are some more things that we found notable. If you think we missed something, please let us know in the comments.

2) As we have said many times before, NIO does not have a production license or a factory. To make cars NIO has to work with a partner who has both. NIO has found state owned JAC.

It is not a traditional 50-50% joint venture agreement, but a contract-production deal. NIO pays JAC a fee for every vehicle built, and if production is lower than expected, NIO pays a fine to compensate JAC for operating losses. Due to the slow start of production NIO has already paid 65.1 million yuan in fines to JAC.

The current agreement has a duration of five years, and includes the ES8 and upcoming ES6 SUVs. The factory is based in Hefei. Total investment was 2.2 billion yuan, all paid for by JAC.

3) NIO says their own factory in Shanghai will be ready in 2020. The company says work on the factory has begun. But who exactly is building?

Under that deal, the government is basically a partner, delivering land, money, and tax breaks. This kind of deals are not unusual in China, but one might wonder how much of NIO’s “own” factory will actually be theirs. NIO says the total investment in the Shanghai factory will account to $1.8 billion, which is exactly as much as they want to raise with the IPO,

4) NIO is losing lots of money. The company says they have lost $1.6 billion over the last three years, and it estimates $1.8 billion (1.8 again!) in losses over the next three years. The company has just $668.5 million in cash.

5) NIO doesn’t know GAAP. In the filing, NIO has to list all potential liabilities and risks. For example; one risk is that NIO doesn’t sell as many cars as projected. This  kinds of risks are ‘standard’. But there is one intriguing unusual liability in NIO’s filing: they don’t know GAAP.

GAAP stands for ‘Generally Accepted Accounting Principles’, a basic accounting standard used all over the world, and especially in the United States, and even more especially for companies listed at U.S. stock markets.

So when a company wants a listing on a U.S. stock market, one would expect this company to know GAAP inside and out. But NIO doesn’t. As part of the IPO preparation process, NIO asked accountancy firm PricewaterhouseCoopers Zhong Tian to look at the books.

They found a “material weakness in our [NIO’s] internal control over financial reporting.”

6) Upcoming products. NIO says they depend on the ES8 for all of their income. The five-seat ES6 will be unveiled late 2018, with initial deliveries set to start in the first half of 2019. The ES6 will be made by JAC.

NIO is also working on a sedan, called the ET7. This car will be built in Shanghai, with a launch date scheduled for 2020.

These were the thing we found most notable in the filing. So what do have? A heavy loss making company without its own factory, with only 481 cars delivered, and apparently unable to scale up production soon. The deal with JAC is costly, and the ownership structure of NIO’s future Shanghai factory is unclear. And finally, they don’t get GAAP.

If I was an investor, I would be worried. Perhaps they should have waited a little bit longer before filing. Get the house in order, sell some cars, and build a factory. But with losses like NIO has, I guess they need the money NOW.