BYD always had a great smell in commercial vehicles. They prove it again with the launch of the electric model e3  dedicated to driving schools. To meet the needs of such a niche market, the new model can simulate the manual transmission of fuel vehicles.

The new model has the same appearance as the good old BYD e3, except that it adopted the more eye-catching bi-color scheme commonly used in driving school cars. The major difference lies in the interior. The new model dropped single gear setup typical for EVs and added gearshift seen in fuel-powered cars and clutch seen in manual transmission cars. It also adds a co-pilot brake pedal, auxiliary wing mirror, and extra horn switch. 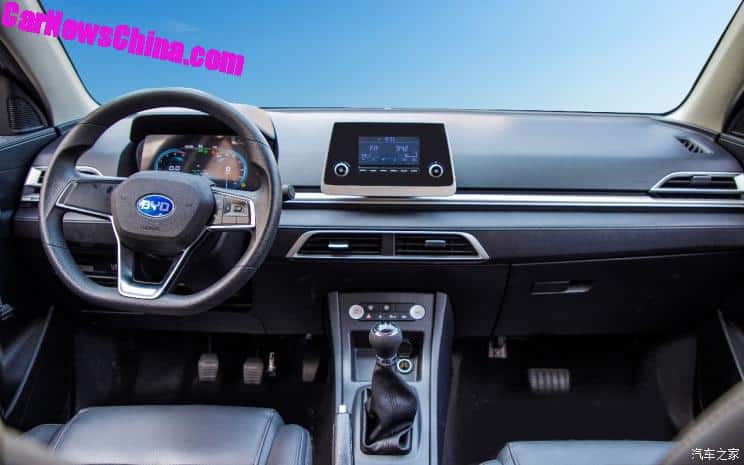 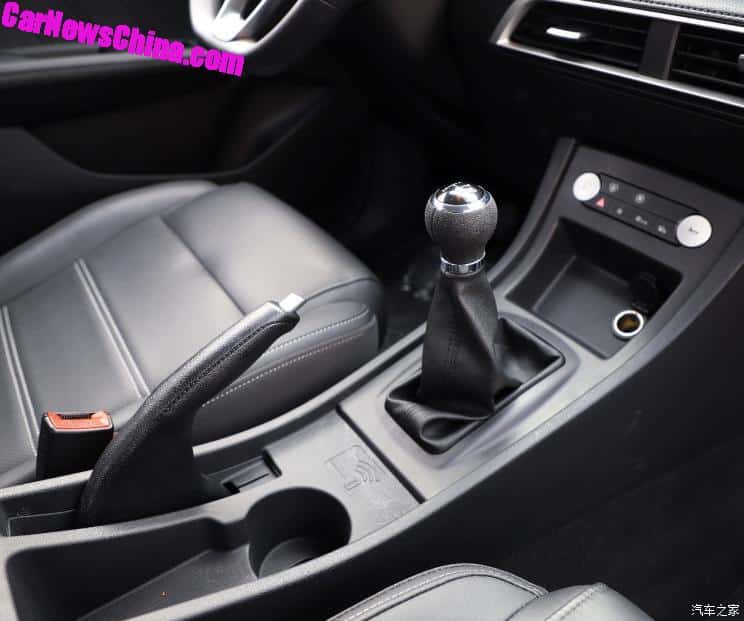 I would be very interested in the technology behind that. Chery automobile tried something similar a year ago with their Chery eQ2 model, and we didn’t hear about it anytime after. BYD and Chery are the only EVs with such a pseudo manual transmission so far, so there is not much to investigate how this analog-to-digital mechanism work.

Yes, you might say there are many classic ICE cars converted by enthusiastic (or even automaker) into EVs with manual transmission. However, it is left in place mainly because of nostalgia, as the transmission is pretty much useless in a post-conversion EV car. The gear ratios are made for combustion engine torque characteristics. Most aren’t well suited to use an electric motor. It means you’d just put it in third and leave it there all the time. Not relevant to our case.

There are actually two examples of EV with the transmission. First is Tesla Roadster, which experimented with two speed automatic transmission in 2008. However, after testing, it reportedly overheated, and they went with one speed only in the production version.

Since then, all EVs come with a single gear setup because a single-speed gear reduction handles everything from crawling around a parking lot to 200 km/h highway speeds. It makes sense because the efficiency losses as electric power travels through a traditional drivetrain aren’t favorable for power delivery. It’s more practical to pair an electric motor directly to the driven wheels.

It changed in 2019 when Porsche released its first EV, Taycan, with two-speed automatics transmission. Porsche claims the extra gear was chosen to improve powertrain performance – in other words, to improve acceleration at low speed and range on the highway. Porsche says the transmission improves range by 5%.

Neither the Tesla prototype nor Porsche solution is even close to what BYD did with its simulative manual transmission. And it comes in  4 models: economy mode, teaching mode, throttle lock mode, and sports mode (this one has an automatic transmission model) to meet different usage and teaching scenarios.

Chery and BYD have launched electric school driving cars with the new concept of “green drive training.” The question is, how exactly pseudo manual transmission works. Can you push your car when the battery or starter is bad? Will it stall the engine if the clutch is released too quickly when driving on a slope? We have to wait for the answers as currently, the e3 is not sold to general consumers.

BYD has huge involvement in commercial pure electric vehicles such as various electric buses, electric trucks, or forklifts. It is no surprise they expand into a new niche market with its e3 driving school model. What might surprise us is the market demand reaching beyond driving school customers.

There are still many drivers who truly enjoy manual gearboxes for simple driving pleasure and might demand their third pedal in their new EV.