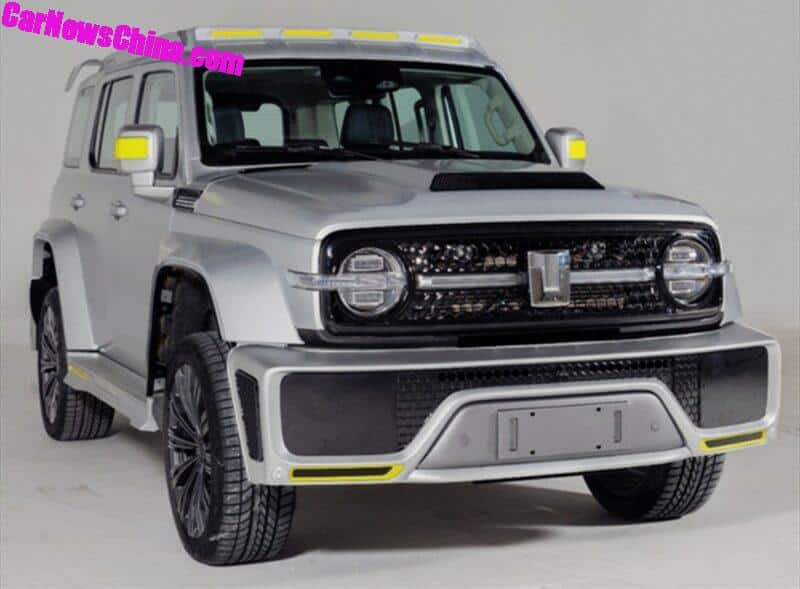 Yes it is real. This is the production version of the Cybertank 300. The batshit crazy car debuted in concept form on the Shanghai Auto Show in April, and the production car barely changed. It looks absolutely brilliant in brashness, with a full-on body kit, 21 inch wheels, and a matte silver yellow color scheme. The Cybertank 300 is limited to 3000 units that will sell for 308.000 yuan ($47.000) a piece. 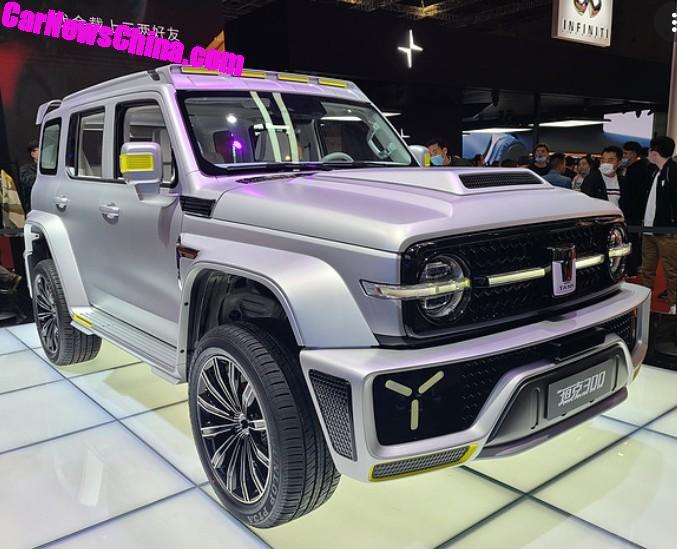 This is the concept. The only real differences with the production car are the details on the low end of the bumper, the front fenders, and the color of the Tank ‘T’ badge. 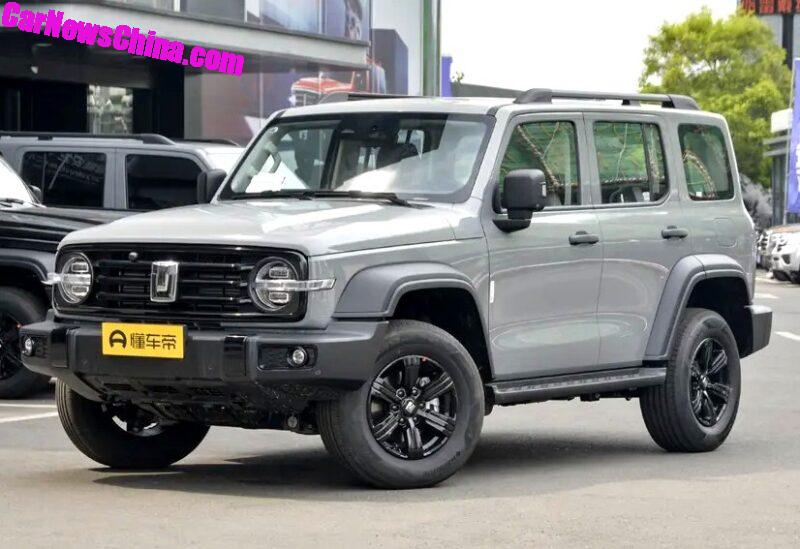 Power comes from a 2.0 turbo with 227 hp and 387 Nm. The engine is mated to an 8-speed automatic, sending horses to all wheels. Somewhat sadly, the Cybertank 300 uses the exact same drive train, without even getting a single horse more.

Tank is a new brand under Great Wall Motors. Initially, it was set up as a sub-brand under WEY. But there was so much enthusiasm from the market that Great Wall decided to make Tank a stand-alone brand. Many more Tanks are underway, including several SUVs and possibly even a sedan. 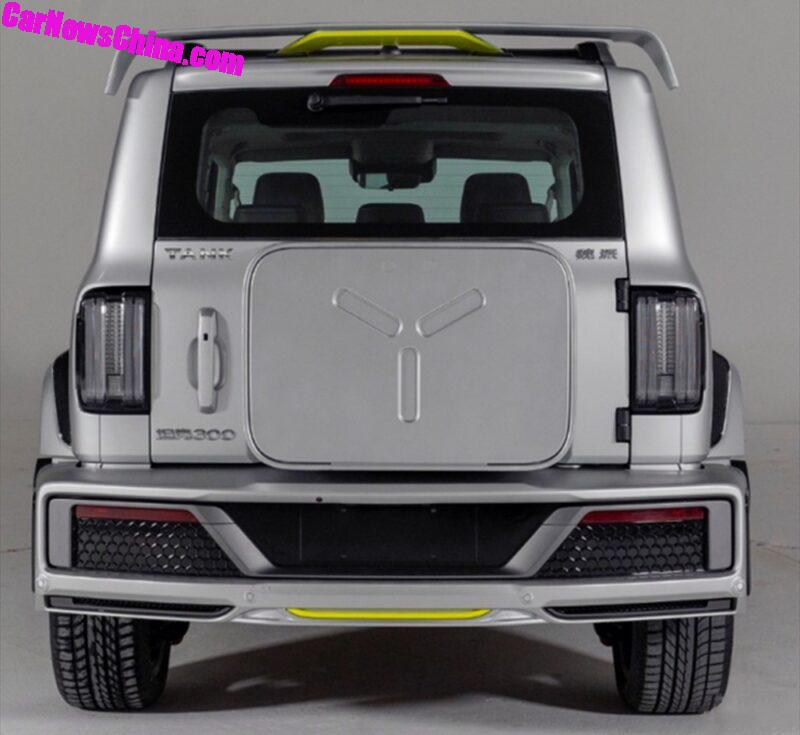 The Cybertank 300 is all about the looks, and that is does very well. Note the large English-language ‘Tank’ badge on the left. 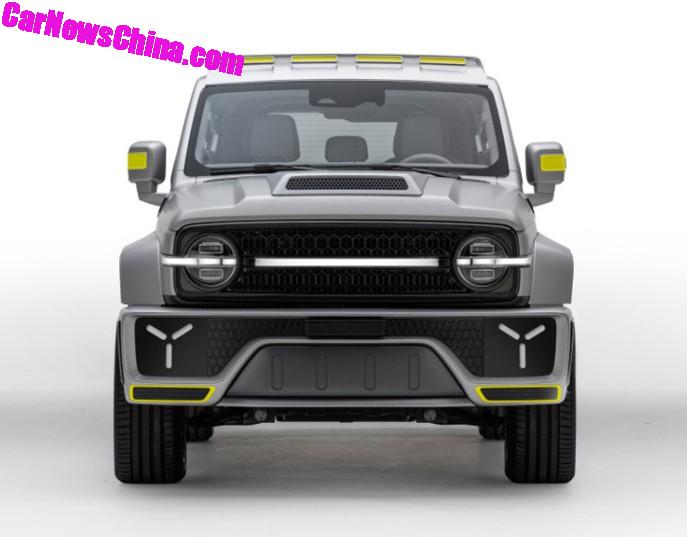 The body kit includes huge front and rear bumpers, lot of faux air vents and intakes, cool LED-lights on each side of the bumper, a raised bonnet with a faux hood-scoop, yellow detailing all over, … 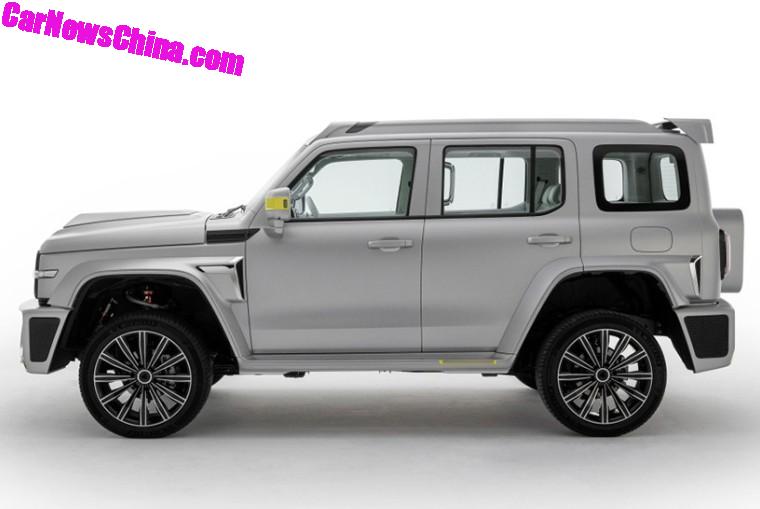 … a raised roof with a huge wing at the back, side skirts, 21 inch wheels, and a square-shaped spare wheel cover. Suspension was raised by 20 millimeter using new shocks and springs. 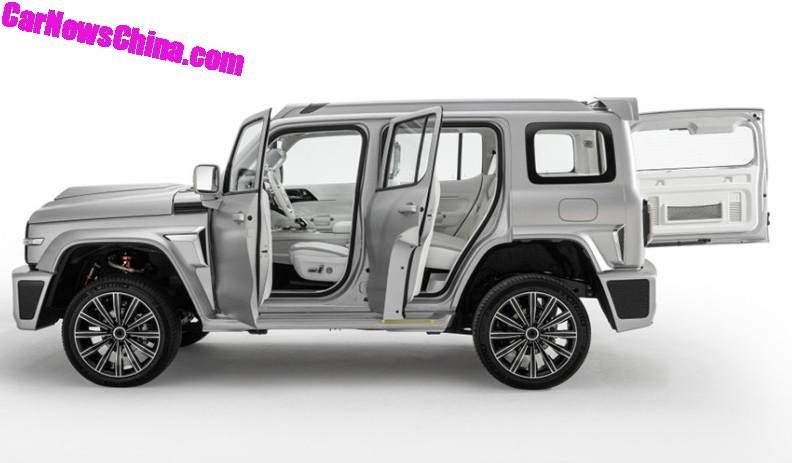 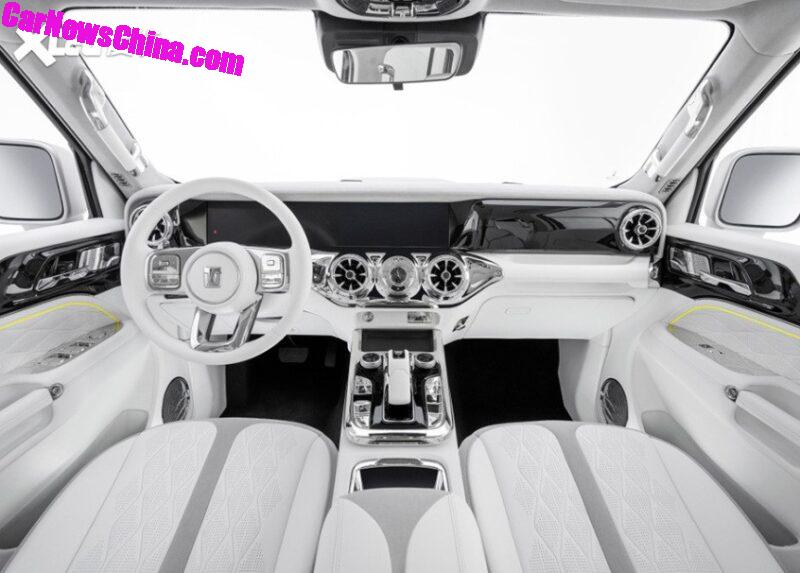 The base design of the interior is the same as on the Tank 300, but Tank added lots of high-end materials and shiny trim to make it into the Cybertank 300. It looks very over the top, in a good way. 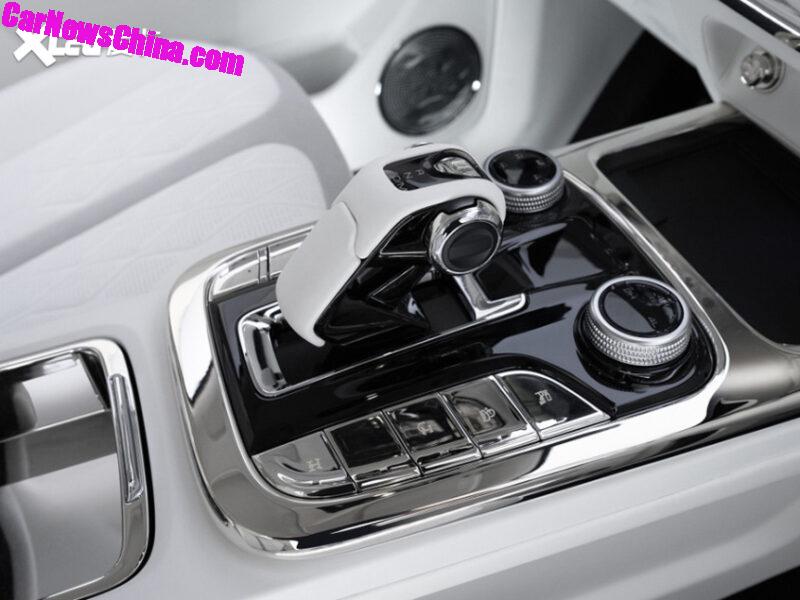 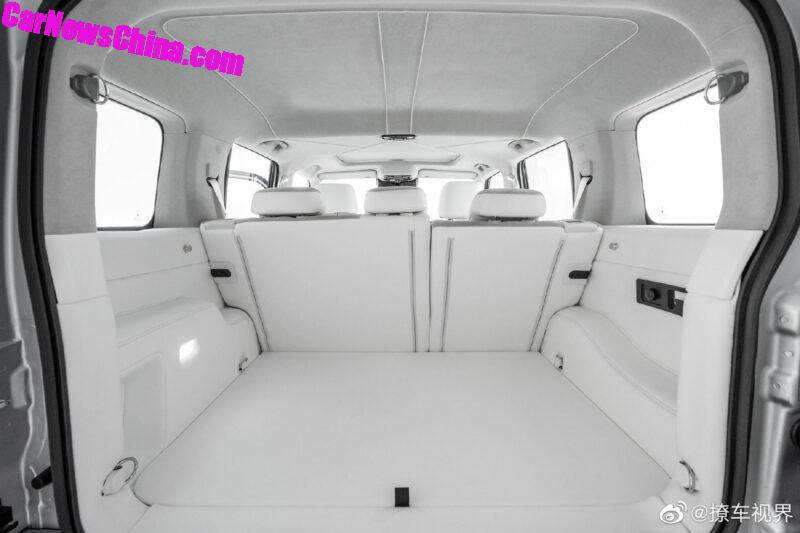 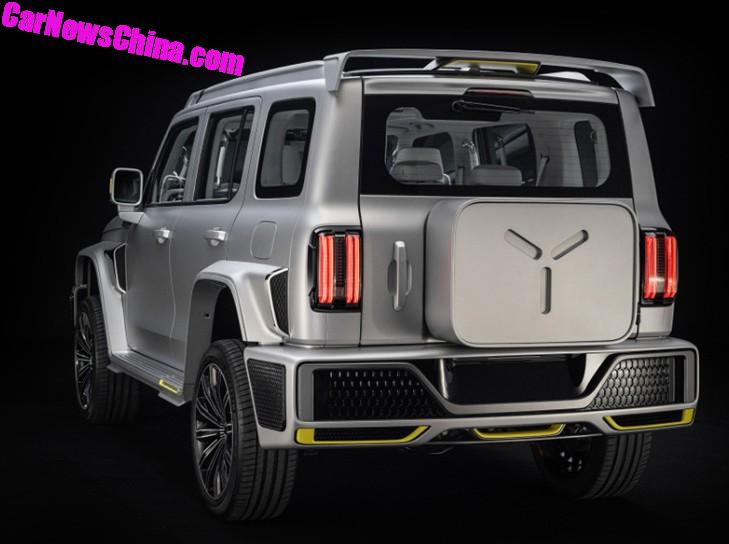 The rear wing is really brilliant. I also like the odd air vents that ‘vent’ air out of the wheel arch extensions.

Update! We got some pictures of the Tank 300 Cyber at the dealer. 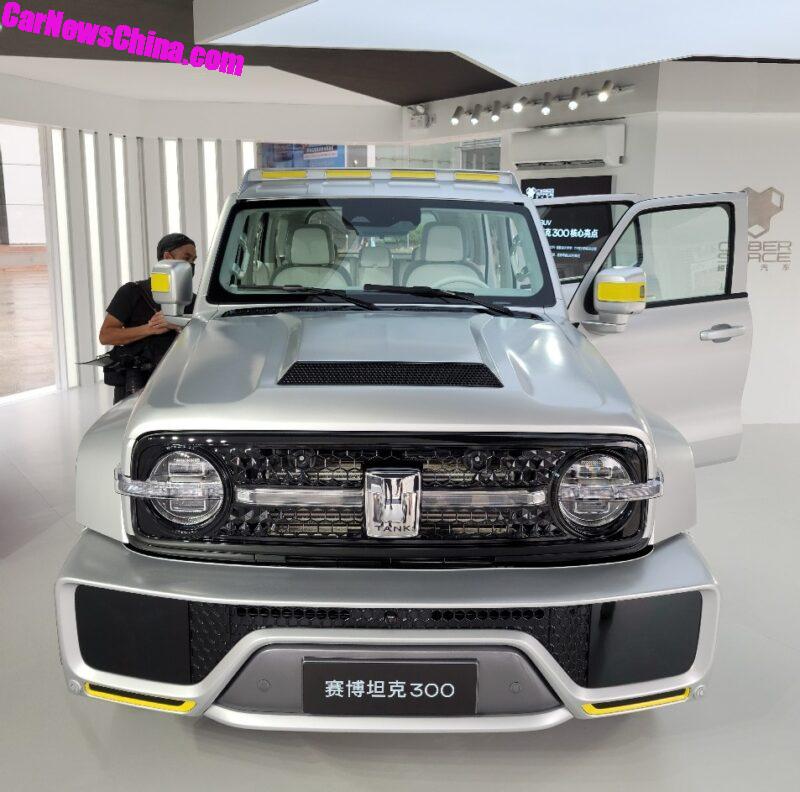 Interestingly, the Cybertank 300 is parked in a separate area called ‘Cyber Space’, note the backdrop on the right, with a special logo as well. This could mean that Tank is working on other ‘cyber’ editions. 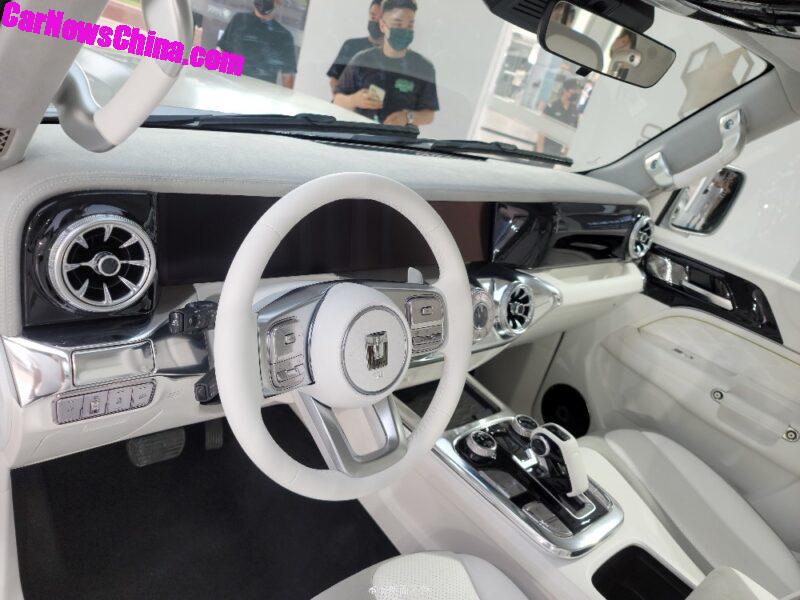 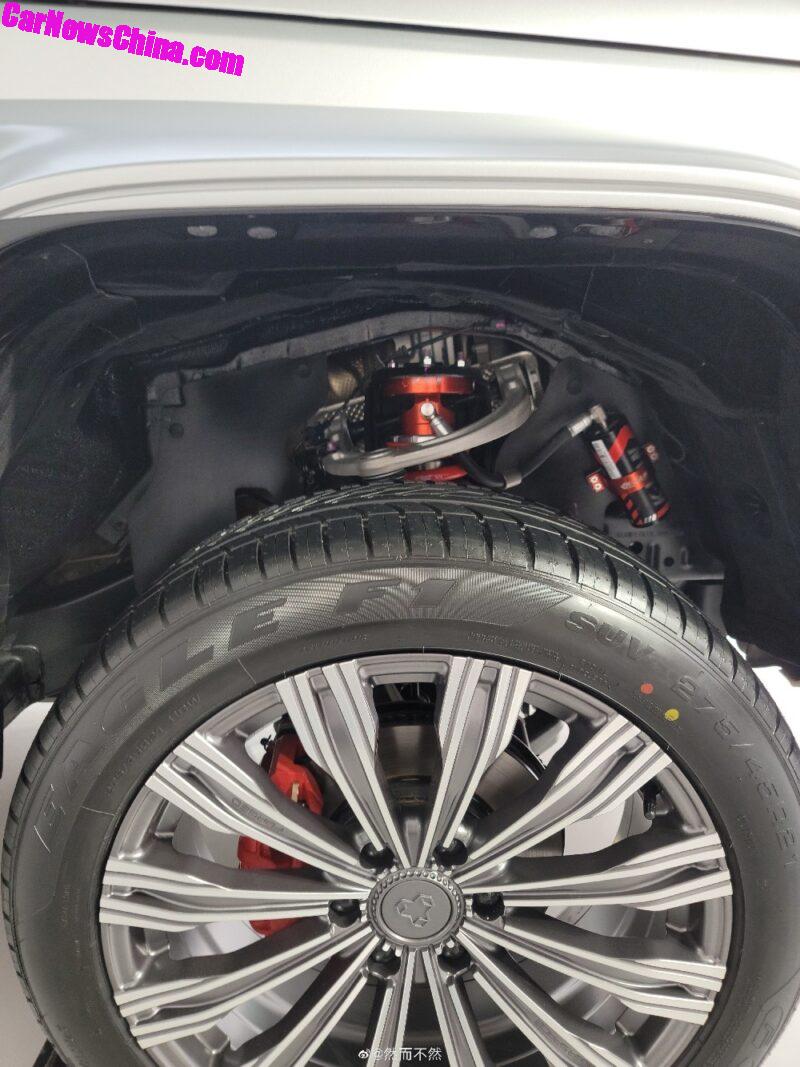 A look at the raised suspension. Seems a pretty solid setup! The wheel has the ‘Cyber Space’ logo instead of a Tank logo. 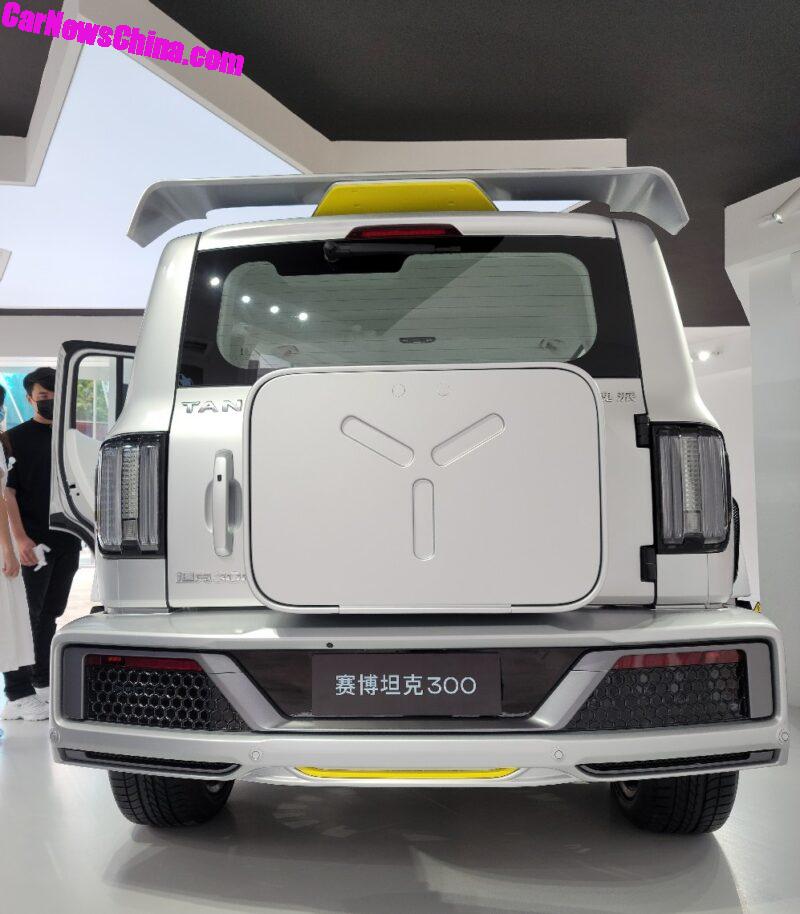 The Cybertank 300 is crazy image-making addition to the Tank 300 lineup. It almost makes us forget the pinky Tank 300 City Edition. Almost.