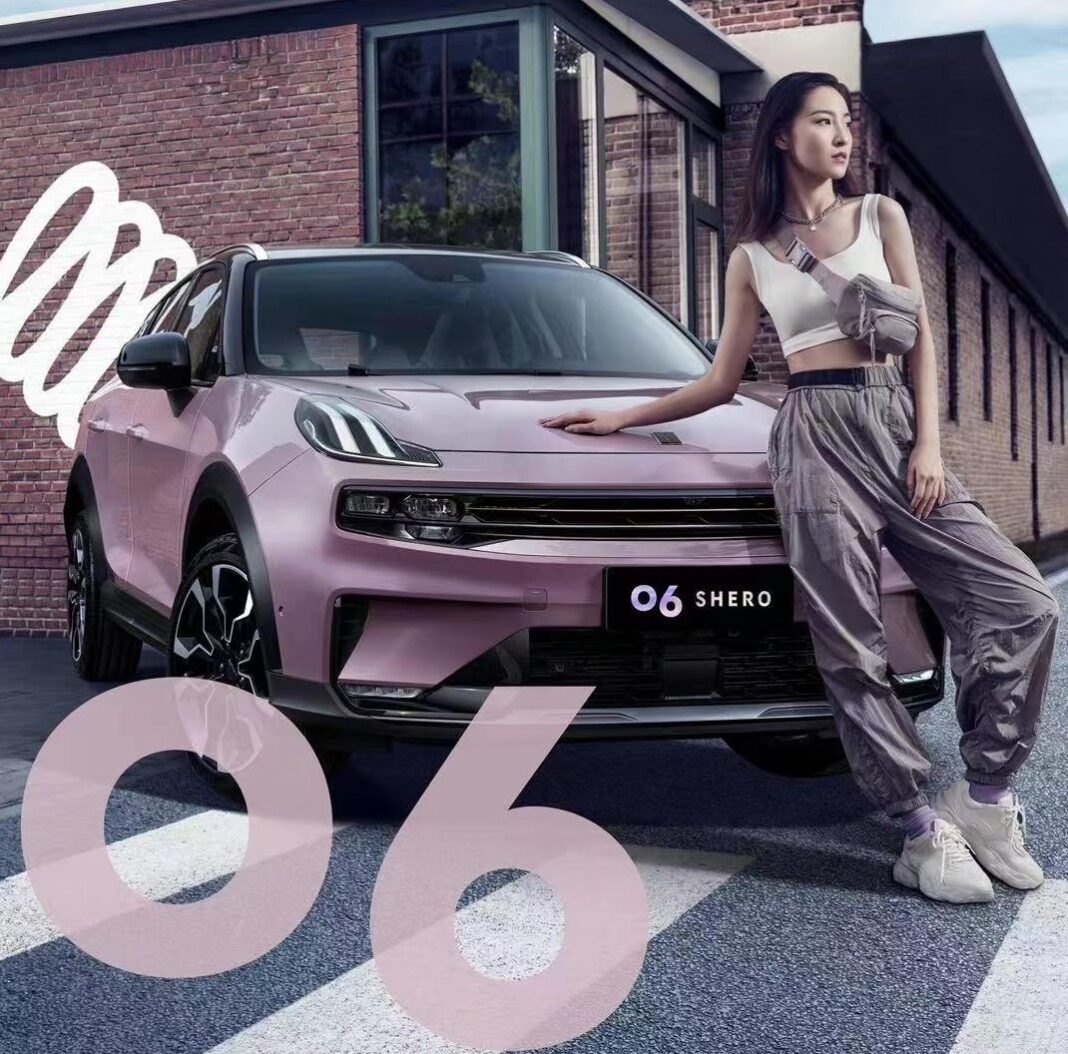 While fights about inclusivity and diversity ravage Twitter feeds in Europe and the US, things are a lot sweeter in China.There, car makers are launching cars exclusively aimed at women, mostly called Pink Edition, Goddess Edition, or something the like. Our favorite hipster brand Lynk & Co has joined this trend with the new 06 SHERO. Images released by Lynk & Co’s marketing department show the vehicle with a cool little lady, looking super hip and all, with sneakers and a skateboard. No men in sight.

The Lynk & Co 06 Shero comes with a lot of girly goodies. To begin with, it is always painted in pink. The grille has a purple line on top.

The wheels are decorated with purple too.

Purple trim above the doors and D-pillar.

The interior really goes girl with seats that are partially pink, white, and black. This particular shade of pink is called ‘cherry blossom’ by Lynk & Co. The Lynk & Co lettering on the seat is in pink as well.

The 06 SHERO is equipped with a new version of Lynk & Co’s air purification system, called ‘Deep Forest Five’. It comes with CN95 high-efficiency composite air-conditioning, an AQS air quality management system and an antibacterial steering wheel. The latter’s job is to kill bacteria coming from hands. Lynk & Co apparently believes that ladies get their hands dirty a lot.

There is more pink and purple trim on the dashboard.

The Lynk & Co SHERO will have its public debut on the Guangzhou Auto Show in November. All men hide!, the chicks will storm the booth, skateboards at the ready.