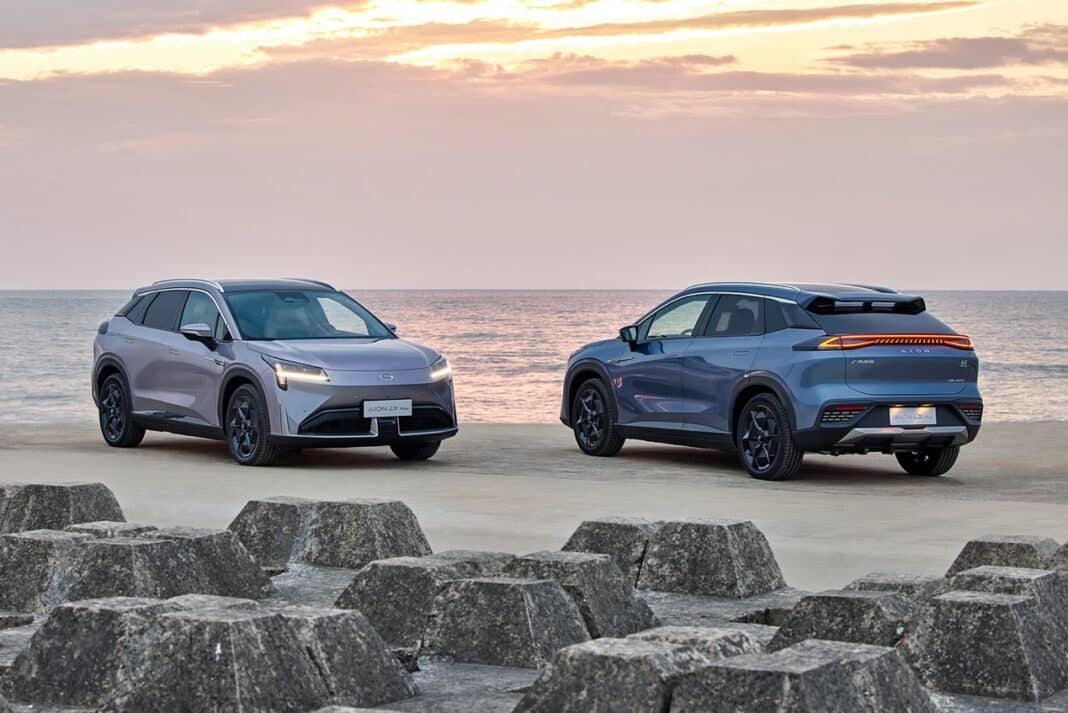 The Aion LX Plus made its global debut at the Guangzhou Auto show in November 2021. We had an article introducing this new model at that time.

The new vehicle is the updated version of the GAC Aion LX announced a couple of years ago.

To further produce Aion cars, GAC Group has approved to build the 2nd with a designed capacity of 200,000 vehicles per year. The factory project is estimated worth CNY 1.81 billion ($284 million), and the production date starts from Dec 2022.

Features of Aion LX Plus

According to the official introduction, the top model is equipped with a “sponge silicon negative electrode” battery pack with a capacity of 144.4kWh and an energy density of 205Wh/kg, and the cruising range has reached 1008km. However, the top version has no lidar.

There are four trims of the Aion LX Plus:

Besides, Aion LX Plus offers a two-speed gearbox and a dual motor setup for a quick sprint to 100 km/h (62 mph) in just 3.9 seconds.

GAC AION LX Plus adopts the “Xinghai Ark” design concept. The fog lamps on both sides use colossal air intakes in the front, with dot matrix trapezoidal lower grilles and silver guards.

In the rear, the design of the lower bumper echoes the front face.

In addition, the body size and the basic styling have not changed much compared with the AION LX. The length, width, and height are 4835mm*1935mm*1685mm, and the wheelbase is 2920mm.

The interior of the AION LX Plus has been optimized. A 15.6-inch central infotainment system and a 12.3-inch LCD instrument panel are eye-catching.

Intelligence is something we should never forget. The AION LX Plus is installed with 35 intelligent driving hardware, combined with the 200TOPS high-computing power smart driving computing platform. All of these can bring users an urban NDA pilot-assisted driving experience.