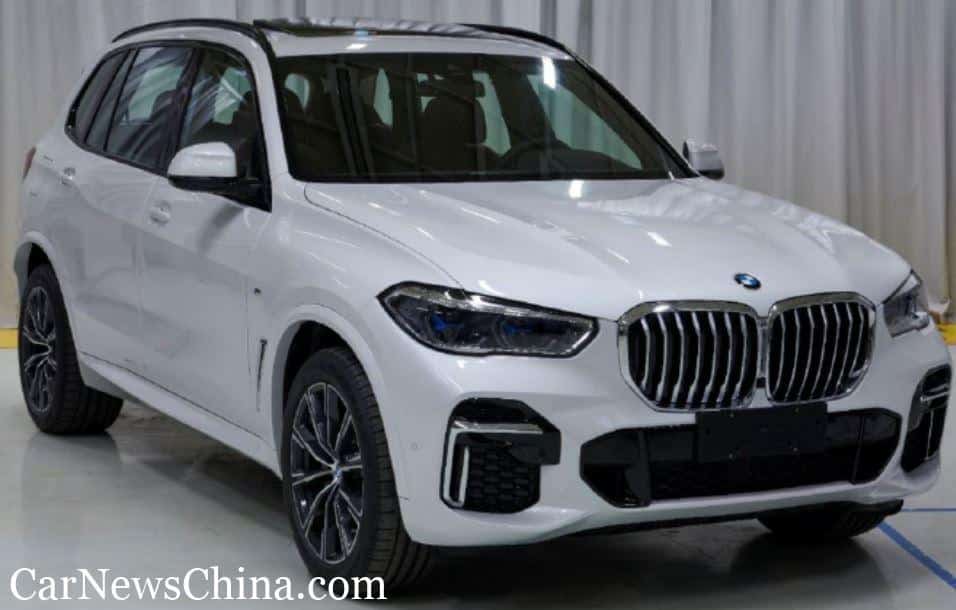 This is BMW X5 L – a long-wheelbase version of the BMW X5 SUV. The Brilliance BMW X5 L price was recently leaked online, starting at 558,000 RMB (87,000 USD), cheaper than its competition. It is also the only car with an extended wheelbase. The vehicle is expected to officially debut at the Beijing Auto Show in April this year. Read more about our previous coverage of the car spy shots here.

Initially, it will only be sold in China, but BMW may export it to other countries later.

The wheelbase of the X5 L is extended by 130 millimeters, which translates into a lot of space in the rear passenger compartment. Passengers can almost entirely stretch their tired legs, or so it seems. The size of the X5 L is 5080/2004/1779, with a 3105 wheelbase. And that, incidentally or not, is precisely the same wheelbase as the ‘larger’ BMW X7 SUV. However, the X7 is still longer with 5151 millimeters, but it is slightly narrower with a width of 2000 mm.