Two Li Auto Ones Have Burnt Down in Two Days! 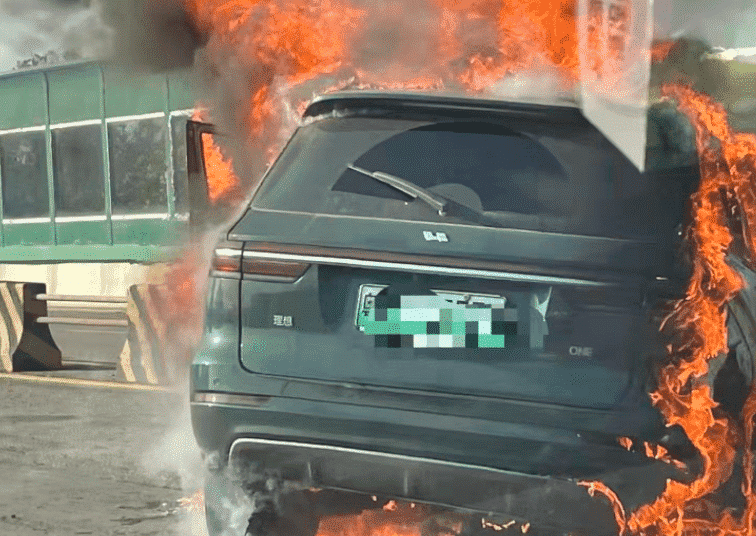 Two Li Auto One caught fire in two days. What is it – an unlucky coincidence or a deeper problem?

On February 24 Li Auto One began to burn on the parking lot. The pictures show that fire emerged in the front cabin of the vehicle. Looks like the engine of Li Auto One could cause the flame. When firefighters finally put the fire down, the vehicle was already burnt down. Luckily, there were no other cars around the burning Li Auto One. So there are no other casualties. The purpose of the fire isn’t clear, and Li Auto hasn’t responded to this case yet.

On February 25, according to photos posted on Chinese social media, a Li Auto One collided with a traffic barrier and spontaneously ignited. There is a video showing, that the rear wiper was still swinging even on a burning SUV. This Li Auto One has completely burnt down. At present, Li Auto has not released the specific cause of the accident.

Have there been other flamy cases?

It wasn’t the first “hot” issue for this vehicle. Previously, Li Auto One caught fire several times. On May 8, 2020, the flame emerged in the Li One’s front cabin, very similar to the recent case. After a two-week investigation, Li Auto released a report announcing the fire was caused by the piece of paint protection pad attached to the front surface of the exhaust pipe in the lower part of the engine. According to Li Auto, this accident was caused by “the lack of control over process management”. Maybe the recent flame of the Li Auto One was caused by a similar circumstance.

There are some other cases of Li Auto One in a fire. One of them is from 2020 too. In August 2020 burning Li Auto One was discovered on the Sihui and Lianzhou expressways in Zhaoqing, Guangdong Province. The cause was judged to be a piece of iron that penetrated the high-pressure fuel pipe.

Another case happened in May 2021, when 8 Li Auto Ones have burnt in a tractor-trailer. According to the Chinese media, the fire wasn’t caused by one of the Li Auto vehicles. That time the tractor-trailer caught flame that led to this sad circumstance.

Another time Li Auto One ignited was on the auto-ban on November 2021. After a collision with Nio EC6 SUV at a high speed, the front of the One was swallowed by the fire.

Is the Li Auto One proof of the rule?

In fact, there is interesting data showing that hybrid cars are more likely to catch fire than ICE and EV. According to the US National Transport Safety Board, there are 3,474 hybrid fires, 1,529 ICE fires, and 25 EV fires per 100,000 sold vehicles. So hybrid vehicles are the most dangerous in this aspect.

But this data isn’t true to a Li Auto case. This company sold over 90,000 vehicles in 2021 and, according to the data, more than 3,000 of them must be burnt to the bone already. But in fact, there are only five cases of Li Auto One on fire. So, we can sum up that this vehicle is not proof, but an exception to this “flamy” rule.

What Is Li Auto One?