Roewe Whale Is A Striking New SUV-Coupe For China 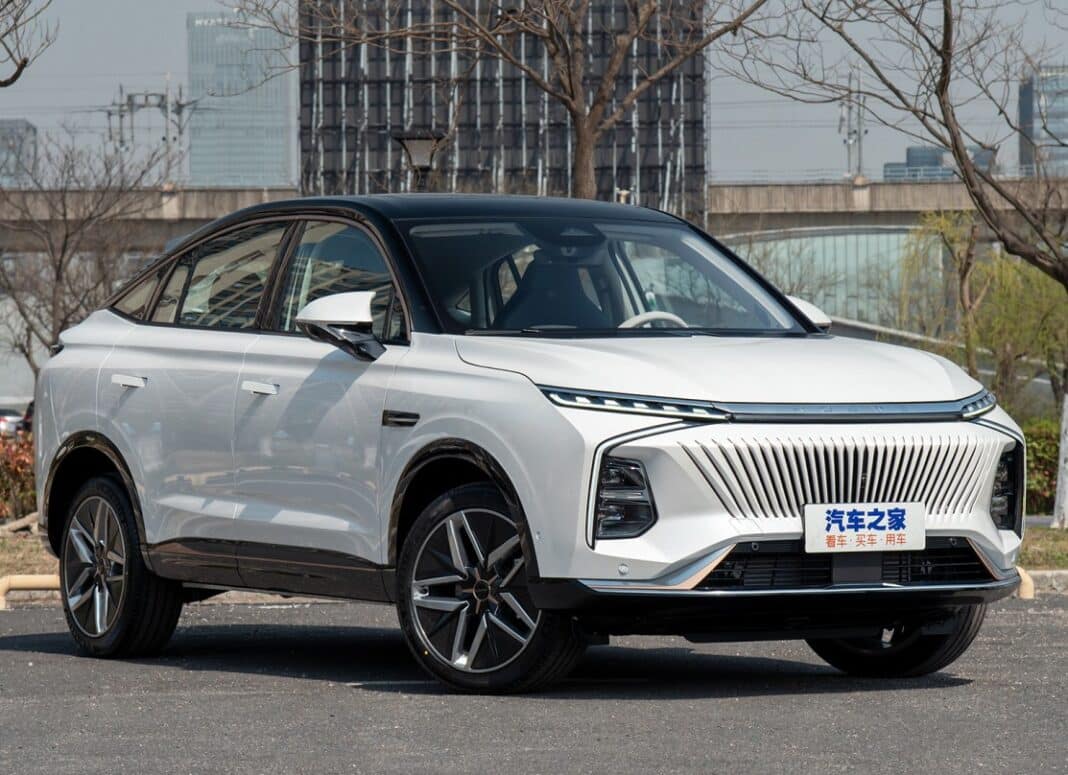 This is the Roewe Whale, a striking new SUV coupe for China. The new Chinese car features a daring design language and cool design details. Most eye catching at the front is the grille, resembling the beak of a whale. The beak is topped by a chromed bar that morphs into the wide LED lights.

The Roewe Whale stands high on its wheels, with a large front overhang. All Whales come with a black floating roof and black pillars. It is a sizable vehicle: 4702/1903/1691, with a 2765 millimeter wheelbase.

The whale theme comes back in the mirrors, resembling a whale’s tale. Note the various sensors and lights on the mirror stalk.

The rear is perhaps a bit too much, but it is surely different. There is a complex roof spoiler with a sensor in the middle, another spoiler on the boot lid, a car wide light bar, large light units, reflectors, a chrome bar, and finally the exhaust pipes. The rear must have been a lot of work for the Roewe design team… The suspension and muffler are perhaps a bit too visible, indicating the Whale is based on a platform that was originally designed for a car with a normal ride height.

Roewe has some cool names for the design stuff. The overall design is called “Bionic Design”. The design is the front lights is called “Energy Cube”, and the design of that area in the middle of the roof spoiler is called “”Interstellar Tunnel”. I know it is all just PR-speak, but this is the right kind of PR speak!

The interior is remarkably clean compared to the exterior. It is a beautiful place to be, with light colors like white and blue. I guess it is personal, but I am really a fan of light interiors, and happily many Chinese car brands are going this way. The steering wheel is sporty with 3 spokes, a flat bottom, and the character 鲸 (Jing, whale) in the middle. The se

The shape of the gear lever resembles a whale’s tale as well.

The Roewe Whale is powered by a new 2.0 liter turbocharged petrol engine with an output of 231 hp and 370 Nm. The engine is mated to an eight-speed automatic, sending all horses to the front wheels.

There seats are very wide, which is fine, except when you sit in the middle. Note the whale logo on the headrests.

See, Lincoln? This is how you do under-the-bonnet design.

The fast-back rear door reveals a space big enough for a tiny whale.

The Roewe Whale is an interesting car with a daring design, a pretty interior and a decent power. Let’s see how the market reacts to a car so different. Especially young and affluent Chinese living in big cites are not afraid to try something new, but they go mostly for EVs these days. Folks in smaller cities won’t buy it, not a chance. I hope it won’t be white whale.