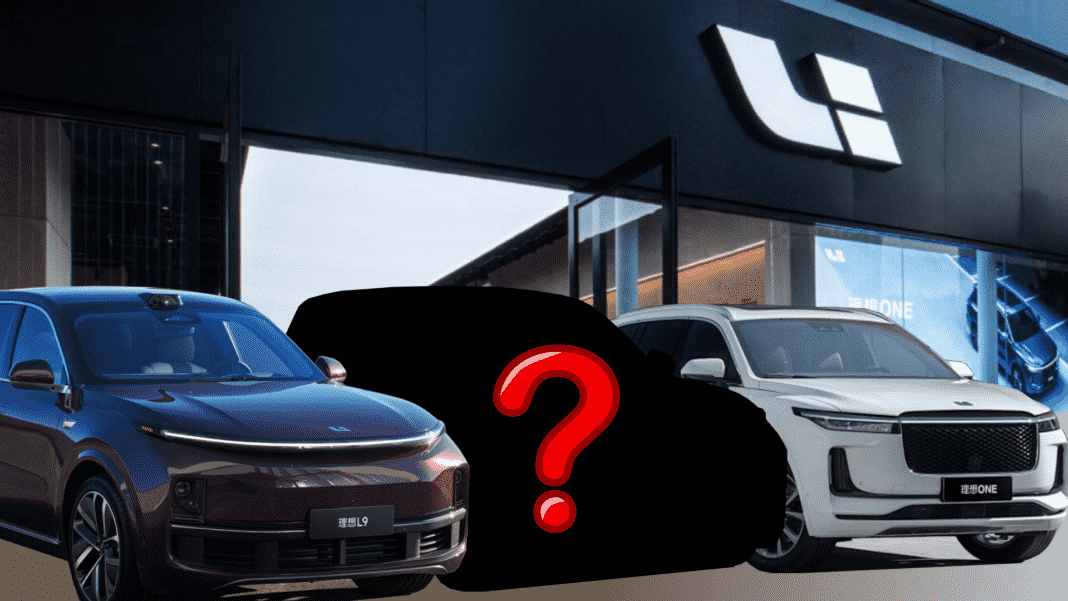 Li Auto X02 is a mysterious Chinese mid-sized SUV. It was spied in the wild several times. Recently, Li Auto applied for a patent for some interior parts of the X02. We have found some specs of this SUV, and we know when it will hit the Chinese market.

We will crack on with the Li Auto X02 with some spy shots. It was spotted on the streets several times. We can see Li Auto X02 next to the Li Auto L9 (X01) in the first image. At first glance, it seems like there are just two similar SUVs, but the X02 is smaller and has a different D-pillar and roofline.

Spies have shot Li Auto X02 one more time from the back. And again, we can see the differences between the Li Auto L9 and the X02 in body shape and rear lights.

Recently, Li Auto applied for patents for some of X02’s interior parts. Among them, we can find a sporty D-shaped steering wheel. It doesn’t stay in line with Li Auto One either with Li Auto L9. Aside from the steering, we got door cards’ images.

We will start with the driver’s door. It has a unique design with a set of buttons situated on an inclined panel. There are buttons for only standard functions like window switches and rear-view mirrors adjustment. The door handle is also located in an inclined element. Moreover, there is a surprisingly small armrest on the door card. There are also rear door patent images. As we can see, it is almost similar to the driver’s one.

Moreover, we’ve found a spy shot of the Li Auto X02’s interior on Weibo social media. We can easily recognize it with the odd door handle. The interior is covered with camouflage, nowhere near the production version. It is evident because of the kill-switch red button on the center tunnel and wire near the steering wheel. The steering wheel is also different from the one in the patent images. But we can highlight some of the Li Auto X02’s features. On the center panel, there is a relatively small floating screen. This monitor is likely just for testing purposes. It looks like the area above the vents is another screen. Maybe it is used for climate control.

According to Li Auto’s road map, in 2023, four brand new vehicles will hit the market. One of them is the X02. There are emerging rumors that the Li Auto X02 is the next generation of the Li Auto One. Moreover, in December 2021, Li Auto applied for patents for its model line names. One of them is L9; the other three are L7, M9, and M7. So the X02 official name may be L7.

The Li Auto X02 will be based on the same platform as the Li Auto L9; it will be a range-extender with a 1.5-liter four-cylinder direct-injection turbocharged gasoline engine with Miller-cycle combustion. Li Auto claims a thermal efficiency of 40%. So this engine is mated to an electric-drive motor and a 44.5kWh battery pack. System output is 408 hp and 600 Nm.

So now we know a bit more about the Li Auto X02. It hits the market in 2023 and may become the next generation of the Li Auto One.