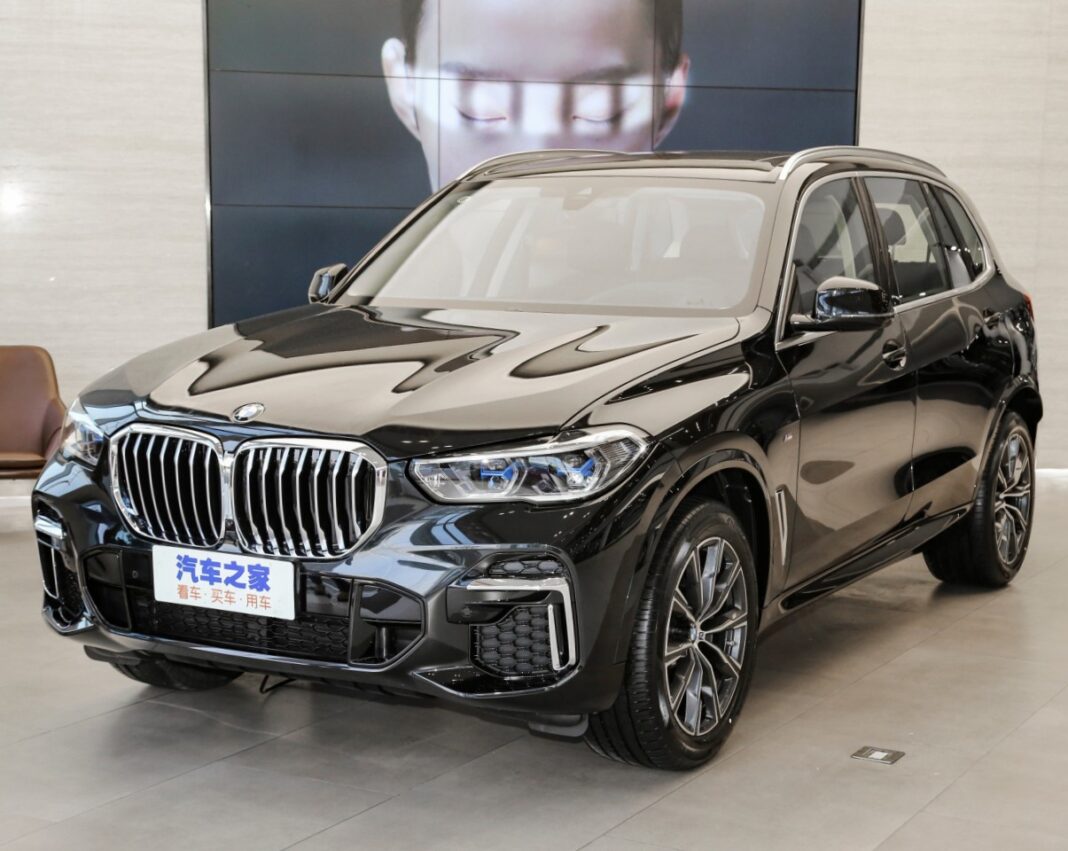 The new BMW X5 L launched on the Chinese car market. The BMW X5 L is a long-wheelbase variant of the BMW X5 SUV. It is made in China by the Brilliance-BMW joint venture. The L will only be sold in China, there are no plans yet for export to elsewhere in the world.

The L is based on the current (G05) BMW X5, which has been around since 2018. The internal code name of the BMW X5L is G18. It is the first time that the BMW X5 is made in China and it is the first SUV in this segment with an extended wheelbase.

BMW sells the X5 L in two versions: xDrive 30Li M Sports and xDrive 40Li M Sports. Each version can be had in base trim and in Exclusive trim. Interestingly, they all got the M Sports package, so you can’t get a non-sporty version of the L. The pretty black car on the photos is an xDrive 30Li M Sport.

Compared to the standard-wheelbase versions, the L is dressed up considerably. It comes with more shiny bits, like in the front bumper, on the front fender, and around the exhaust pipes. The interior too gets a bit of a makeover:

BMW has added more metal trim pieces, which are a sign of expensiveness in China. Furthermore, BMW has fitted a larger wireless charging pad for large-size mobile phones, an improved voice-control system, improved ambient lighting, Harman Kardon audio, and extra comfortable seats. The infotainment system has several popular Chinese apps pre-installed, including Baidu CarLife, QQ Music, Tencent WeChat, Tmall Genie, and Ximalaya. It has a ‘smart personal assistant’ that can distinguish whether it is the driver or the passenger speaking, and will respond with accordingly, with different imagery on the screen and even a different tone of voice.

The 13 centimeter extra wheelbase translates into a huge space in the rear cabin. The rear doors are significantly larger that on the standard-wheelbase model, so getting in and out is easier. The rear seat backrest tilt angle is 31 degrees, so passengers can basically sleep there. It has four-zone automatic air-conditioning with the main outlets for the rear compartment located in the B-pillar.

That’s more space than in many extended limousines…

The extension is clearly visible when you look at the roof line. It looks a little bit out of proportion, mainly caused by the rear end, which seems short in comparison to the front and middle sections.

The Brilliance-BMW X5 L is an impressive luxury SUV, and in a way the first of its kind. It seems that competitors like Mercedes-Benz and Volvo will have to respond. Audi has the new Q6 in China, but might want to add a locally-made version of the Q7 as well. There is a clear demand on the Chinese market for this sort of vehicles, so seen in that way the X5 L is a smart addition to the BMW lineup in China. However, in a time when ever more Chinese car makers are launching very capable full-electric luxury SUVs one could wonder if the X5 L isn’t a bit too old-school for 2022.