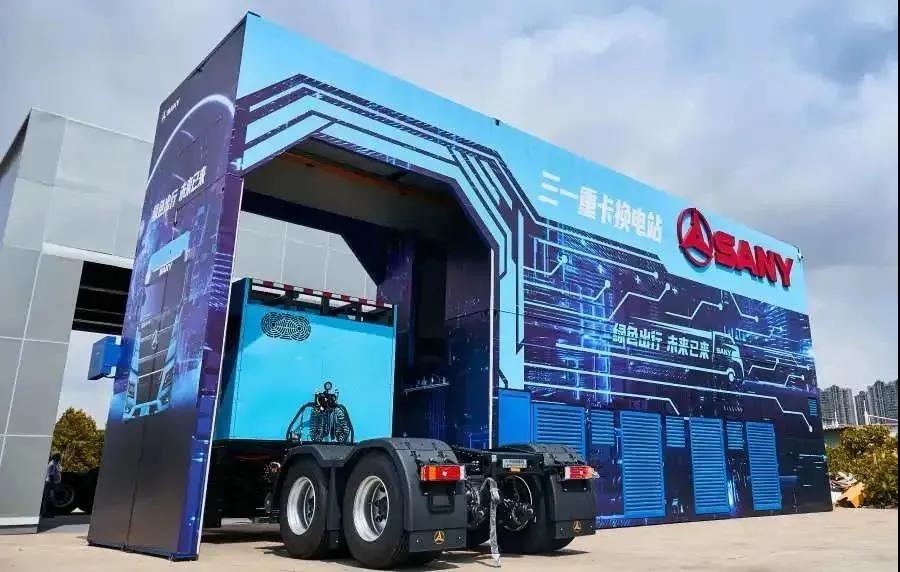 Sany is a Chinese commercial vehicle and heavy machinery giant operating since 1994. It ranks 468th in Forbes Global 2021 with profits of 2.2 billion USD. It not only makes excavators, cranes, and trucks, but it also provides wind turbines. Now Sany is making a step forward in new fields like renewable energy, housing, fire protection, and even the military.

First, let’s get acquainted with a new company under Sany. It hasn’t got an international name yet. The Chinese name is 三一动能换电新能源科技发展(淄博)有限公司. We can translate it into English as Sany Kinetic Energy Battery Swap New Energy Technology Development (Zibo) Co, LTD. Zibo is a Chinese city in Shandong province, and this company has a registered address here. For simplicity, we’ll call it “Sany Kinetic”.

As we have already mentioned, Sany Kinetic has a business scope in developing the vehicle battery swap infrastructure. Unfortunately, they haven’t made it clear if they’ll develop batteries for trucks only or private cars as well. Sany has already designed battery swap stations for heavy machinery, so the newly formed company can focus on the private-car sphere. So there is a chance that the first truck from Sany will get a swappable battery.

Sany is highly involved in battery swap technologies for heavy machinery. In November 2021, this company presented its Intelligent Battery Swap Station for trucks. Every station has eight batteries inside. Each of them can be charged in one hour. It takes five minutes for a station to swap batteries. It can provide 168 operations daily.

Sany Group rapidly develops new energy-heavy machinery. And now, Sany Kinetic will also be involved in battery swap technologies. Maybe they will also build battery swap stations for private cars. We will keep an eye on this situation, so stay tuned.

Trucks With Swappable Batteries Are Getting Hip