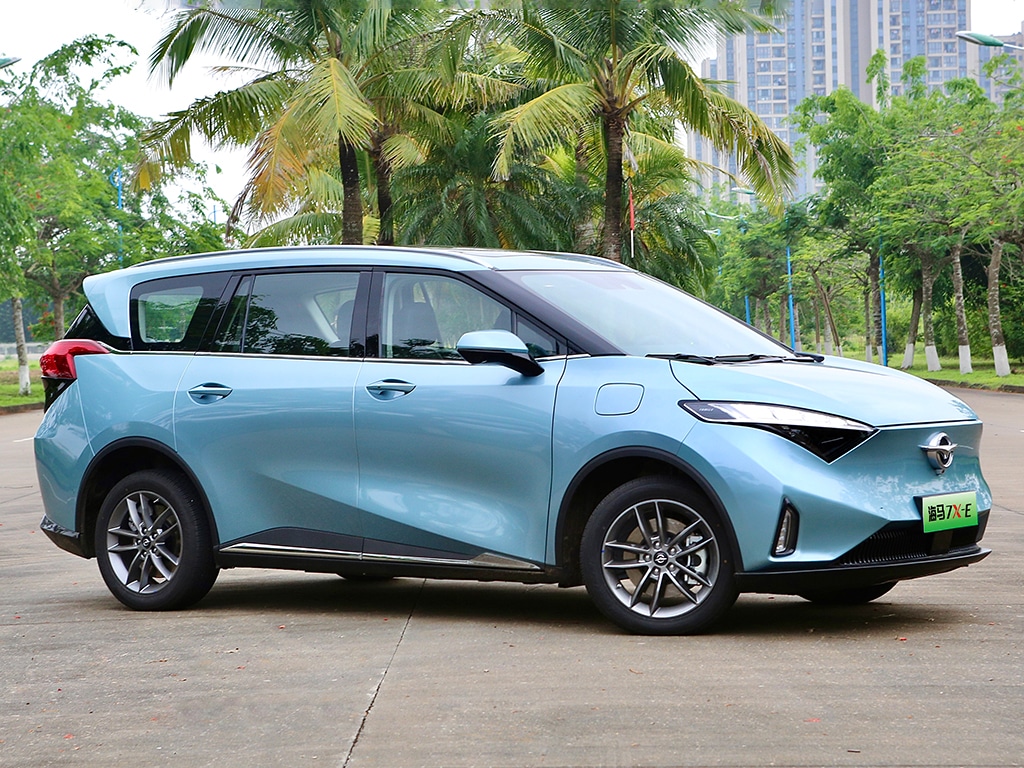 Very much based on the existing 7X people carrier, the 7X-E trades in a petrol burning unit for motors and a battery which Haima claims can take the car upto 500km on a single charge.

While not exactly groundbreaking in terms of range, it should be more than enough for most customers. Haima’s are not widely seen outside of their home province and tend to be popular with ride-hailing and government agencies.

Pre-sales will begin in the second quarter of 2022 with the full launch on track for late summer.

A side-by-side comparison of the electrified and non-electrified versions reveals very few differences.

The main indicator is the removal of the scultped front grille in favour of a concave smooth panel. The lower black plastic struts under the grille are now surplus to requirements.

It’s fair to say that the 7X is probably one of the most attractive mid-size MPVs on the market, no doubt aided by the fact that it was penned by Pininfarina, but opinion is divided over whether it looks better with or without the grille.

We don’t yet have a clear picture of the 7X-E’s rear but the side view (above left) shows that the black plastic insert between the tailights, seen above right on the 7X, remains in place, as do the run-through window detail and reverse fin shape on the D-pillar.

Therefore, we can safely assume all but the exhaust pipe will make it over to the electric variant.

With no images of the interior available we’ll give you a look at the sister model instead for likely context.

Some changes may be made for the EV-version but we can expect twin 12.3-inch screens for the instrument display and central screen.

The layout will also likely remain a 2+2+3 formation with semi-captain’s chairs in the second row and a pretty tight rear bench for three.

It’s a no frills, functional interior space for what is inevitably an affordable car. No doubt Hainan island will be full of these in the near future.

As stated, Haima claim the 7X-E is good for up to 500km of range. However, no details are yet known about the size of either the battery pack or motors.

What we do know is that the 7X-E comes with a three-in-one electric drive system and the battery is a CATL-sourced NP ternary lithium battery.

The 7X-E should also come with a memory parking system jointly developed with Baidu that will enable automatic, remote, and memory parking functions.