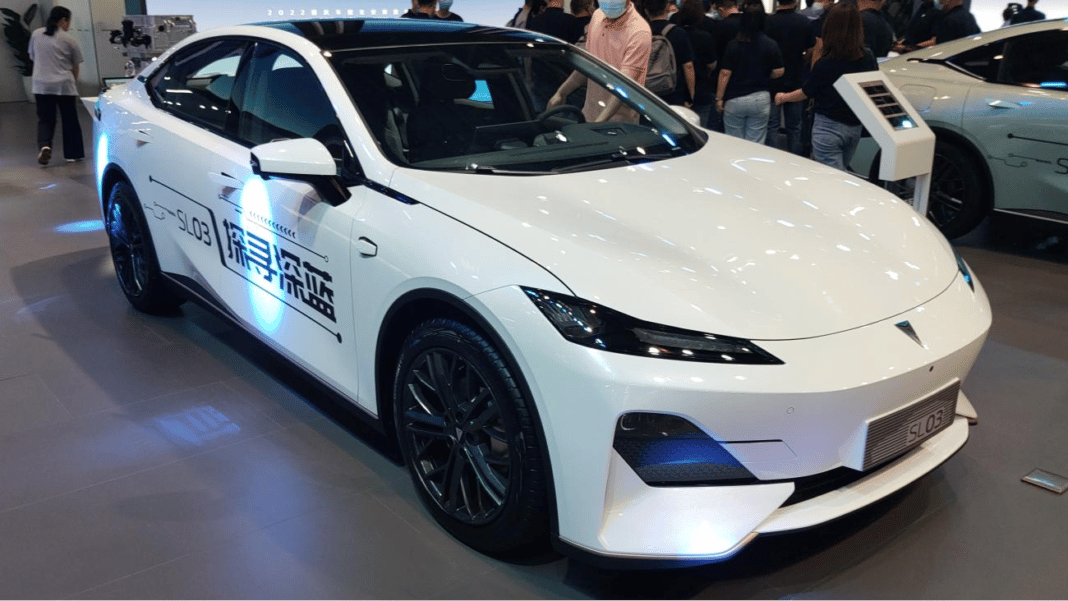 Shenlan is a joint project between Changan, CATL, and Huawei. Its first car’s name was a riddle for a long time. We knew it only by its code name, ‘C385’. Later, it appeared in the MIIT announcements with an odd name, ‘SL03’. Aside from the name, it is an exciting vehicle.

The Shenlan SL03 is a mainstream sedan that stands on the EPA 1 platform. Its dimensions are 4820/1890/1480 mm, with a wheelbase of 2900 mm. So the SL03 is 106 mm longer than the Tesla Model 3. It has RWD only and goes with three powertrains: EV, EREV (range-extender), and FCEV (hydrogen). And now, the all-electric Changan Shenlan SL03 is ready for pre-sale.

The production version of the SL03 EV appeared at the Chongqing Auto Show today. It stays in line with the version we saw in MIIT announcements. The Changan Shenlan SL03 has sporty proportions, thin headlights, and a rear light bar.

The interior of the SL03 looks modern and simple. There is a huge 14.6-inch screen that can turn right or left, a sporty steering wheel with a flat bottom, a wireless phone charging pad, and two cup holders. The SL03 seats are wrapped in perforated leather. We haven’t seen the second row and the trunk.