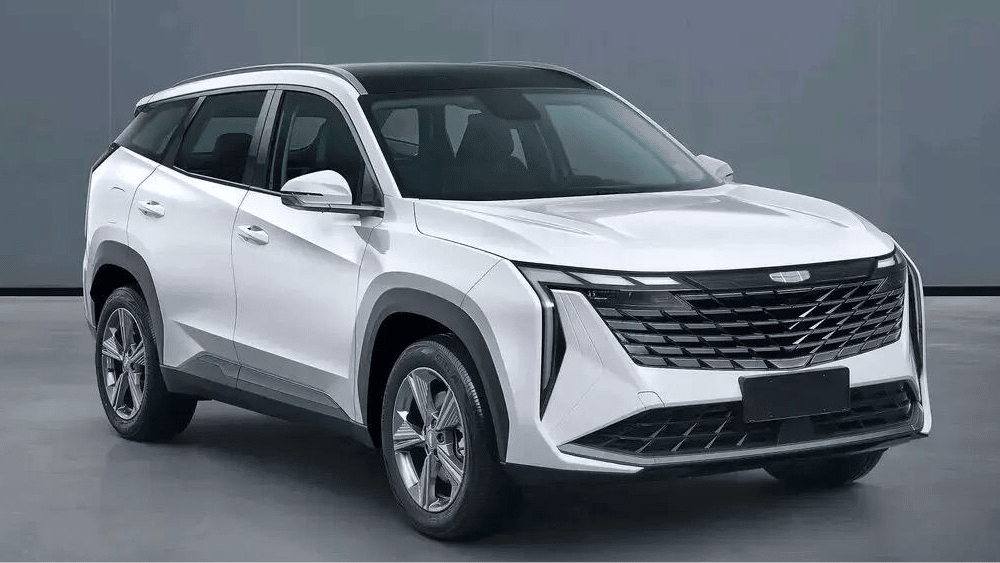 The images of the Geely FX11 leaked online in China. The FX11 will become a successor to the Geely Boyue (also known as Geely Atlas). But the FX11 will change its name and adopt some newest tech from Geely. Let’s get to know it better.

Geely FX11 As A Successor Of Boyue (Atlas)

Chinese media speculate that the FX11 will become a successor to the Geely Boyue C-SUV. Worth mentioning that the Boyue was the best-selling Geely model in China for a long time. But its sales have started to decrease since August 2021. In May 2022, only 10,707 models were sold, 41% less than a year ago. The main reason for the sales decrease is the age of the Boyue. It hit the market in 2016. Since then, it got redesigned several times, but there has been no new generation. And now it seems like the FX11 will replace the Boyue. And it will get a new name.

From the back of the FX11, we can see its badges. The one on the left says ‘吉利汽车’ (Jili Qiche), which means ‘Geely Auto’. As for the badge on the right, it says ‘星耀’ (Xingyao). It looks like Xingyao is the name of the FX11. This word means ‘Star shine’. The name of the FX11 is understandable. It sits on the CMA platform from Geely and Volvo. And all of the Geely models on CMA have the ‘星’ (Xing, Star) character in their name. For example, Xingyue, Xingyue L, and Xingrui cars form Geely’s Star series. And the FX11 won’t become an exception to this rule. As for the international name, it is still unknown.

The Geely Xingyao has strong Sci-Fi vibes, thin running lights, and a big grille. The headlights are carefully integrated into the grille and are hardly visible. From the back, the Geely Xingyao has an interesting taillight unit. In general, the FX11 has a brawny and futuristic look. The Vision Starburst Concept car inspired it. But we can see that its design is similar to the current Geely Boyue model, mainly because of the high hood line, a small back window, and proportions.

As it goes from the Chinese media, the FX11 will sit on the updated CMA platform, named ‘CMA 1.5’. We don’t know what exactly has been changed in it yet. The Xiangyao will also get the GEEA 2.0 computing platform. It allows L2 autonomous driving capabilities. As for the powertrain, it has the Hi-F hybrid system. It will comprise a 1.5-liter turbocharged petrol engine and a powerful electric motor. Its power output can reach 317 hp. As for the hybrid range, it can overcome 1,000 km.

Previously, the Geely Xingyao was said to be assembled at the Geely plant in Ningbo, Zhejiang. But there is also information that it will be built at the Baoiji factory in Shanxi province. Right now, this factory assembles the Geely Boyue. Geely invested 980 million RMB (145 million USD) in the renovation of this plant in January 2022. In November 2022, the factory will be ready to produce 100,000 cars annually.

The first public debut of the Geely FX11 could happen at the Chengdu Auto Show on August 26. We will keep an eye on the Geely Xingyao, so stay tuned!