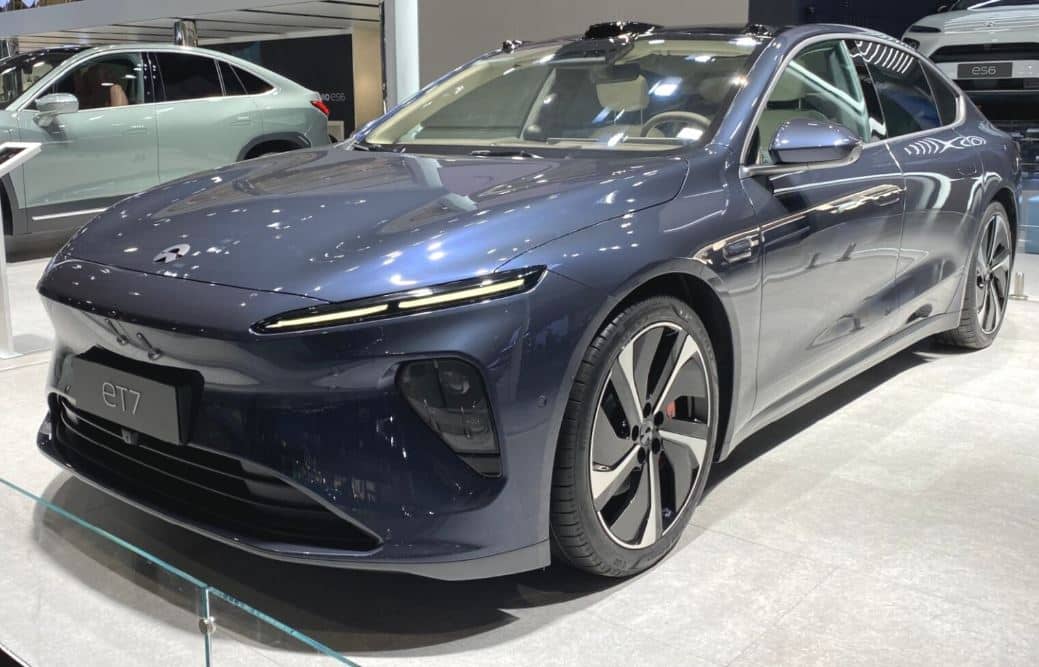 The first batch of the NIO ET7, an electric sedan, is already on its way to Europe. It is expected to launch in the German market in the fourth quarter of this year, and subsequently in Denmark, Sweden, and the Netherlands.

NIO’s entry into the European market began in September 2021 with the launch of the ES8 in the Norwegian market. Up to now, Nio has only produced SUVs and is well known for its battery swapping. The brand launched in Norway last year, and at the 2021 NIO Day, it announced plans to be on sale in 25 markets by the end of 2025.

The NIO ET7 is the fourth NIO production car after the NIO ES8, the NIO ES6, and the NIO EC6. It is also the first NIO car to feature Lidar.

In the interior, the main features are a 10.2-inch digital instrument panel and a 12.8-inch touch screen with a digital assistant on top. It also has a HUD, a 4K driving recorder, a 5G wireless network, WiFi 6.0, Bluetooth 5.2, and a 23-speaker sound system.