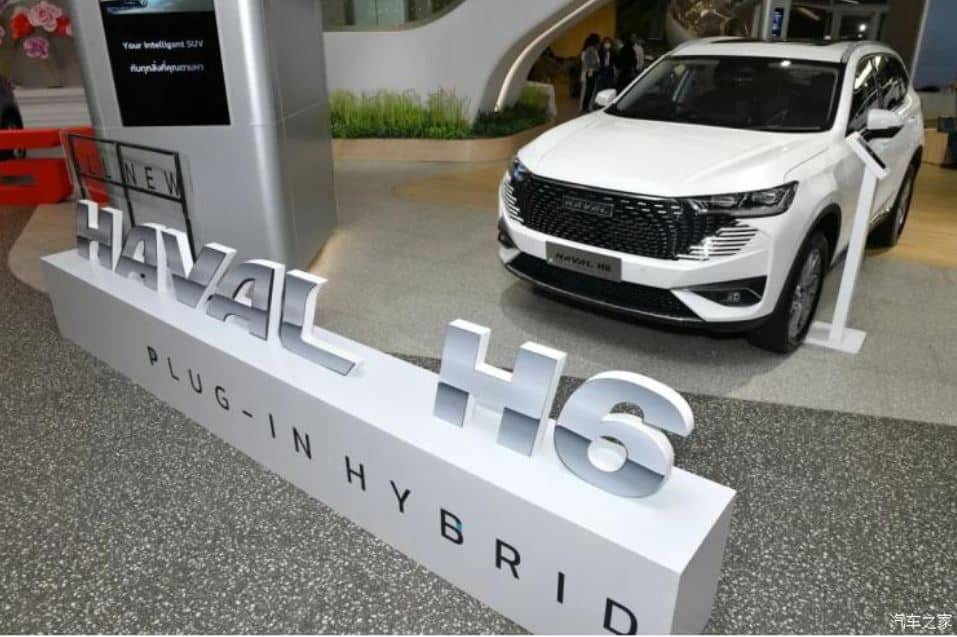 At the launch conference, the order volume exceeded 1,000 units within 40 minutes.

The front grille adopts a lattice shape. The Haval LOGO in the middle has a blue background to indicate that it is equipped with a hybrid system.

In the rear, on the left side of the trunk lid is the PHEV logo.

The interior is modified to support driving on the left side of the road in Thailand with the driver’s seat on the right side. The interior comes with a 10.25-inch instrument panel, a 12.3-inch central control screen, and a three-spoke shape steering wheel wrapped in leather material.

The rotary gear shifter sits on the center console.

The Haval H6 DHT-PHEV is equipped with a 1.5-liter ICE paired with an electric motor. The combined output of this system reaches an impressive 240 kW and 530 Nm, and a WLTC fuel consumption of 2.82L/100km. The car offers two pure electric cruising ranges of 55 km and 110 km.