ORA Lightning Cat Is Probably The Coolest Chinese Car Of 2022 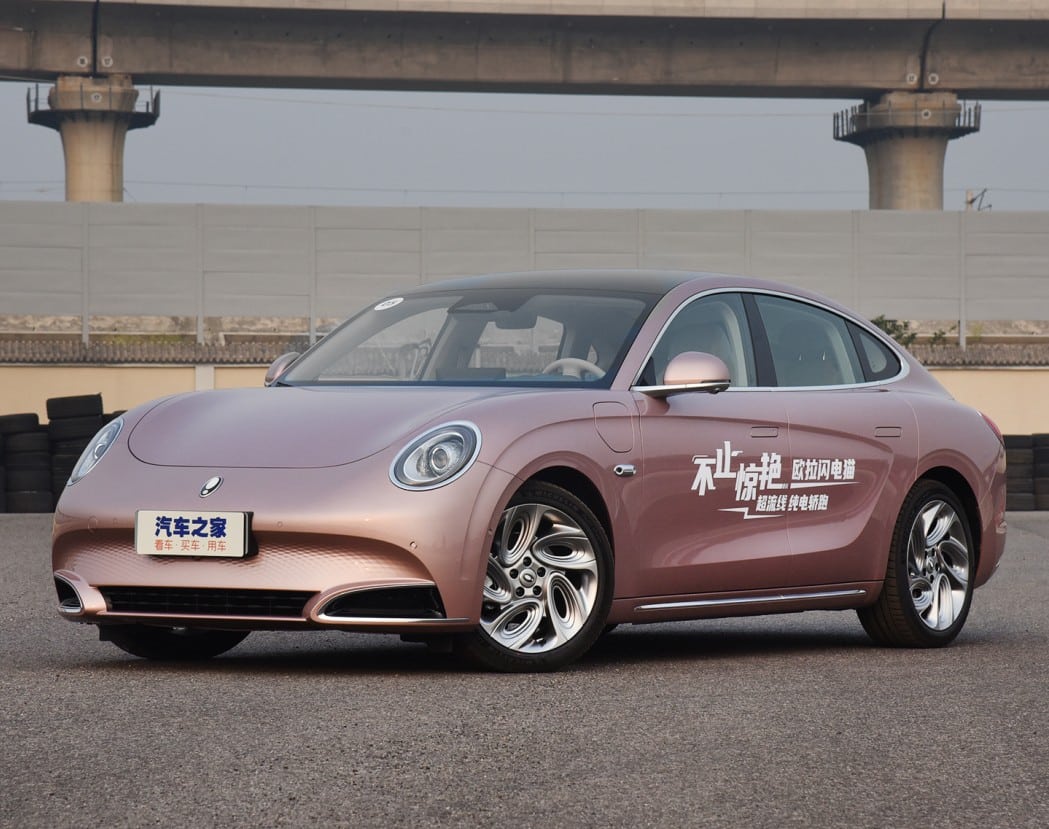 The year is nearing its end and we got to start thinking about the 2022 top 10 lists. The new ORA Lightning Cat is a serious contender for Coolest Chinese Car of the Year (CCCotY). It was delayed a little due to pandemic and all that but now the Lightning Cat is finally here. Ora says it will launch on the Chinese car market on October 31. Let’s have a good look.

The ORA Lightning Cat looks brilliant. It has a streamlined sedan-coupe shape with a liftback-like rear, but it isn’t really a liftback. It has pop-out door handles and a pop-out spoiler on the back. The alloy wheels incorporate the ORA logo times five. The Lightning Cat comes in trendy colors, including: Pink, Smoked Amethyst, Jade Ice, Pink Diamond, and Tourmaline Gray White. The car on the photos is painted in Pink Diamond, as you may have guessed.

The black roof morphs into the trunk, which in turn extends deep into the bumper. The taillight units adopt a quasi-circular design, and they are located at the rear and on the side. This cat appears smaller than it is: 4871/1862/1500mm, with a wheelbase of 2870mm.

The interior is very elegant, and clearly inspired by Porsche. The instrument panel is ultra cool, with 3 fully separated digital dials. The interior is airy, thanks to the large windows, sun roof, and the colors.

The Lightning Cat is equipped with ORA-PILOT 3.0 intelligent assisted driving system, with 28 sensors. The car watches over its passengers too. There are 3 sensor-cameras for the inside. One on the A pillar aimed at the driver, and two more on the ceiling checking out the entire cabin.

Sporty dials, with the battery meter on the left.

The gear selector is mounted on the steering column.

The screen with sharp graphics and lots of pre-installed apps. But ORA doesn’t hide all functions in the screen. In fact, there are a surprisingly large number of physical buttons on the center stack:

The entire air conditioning system is controlled by buttons. An interesting choice that clearly goes against current trends among Chinese automakers. Perhaps it has to do with ORA’s plans to export the Lightning Cat to European markets, where do-it-all touch screens are not as popular as in China.

This is the strangest thing in the Lightning Cat. It has only one cup holder. Not sure why. There seems to be enough space for two.

Frame-less doors are a cool feature for the segment.

Like any car build on a dedicated EV platform, the Lightning Cat has a near-total flat floor and loads of space in the rear.

The air vents are large and pretty.

Ora hasn’t fully disclosed all specifications yet. There will be three versions. What we know so far:

The trunk opens like on a sedan. But it sure is a large trunk.

The Lightning Cat is the flagship car of the ORA brand, positioned above the other cats. However, we know Ora is already working on larger vehicles, including an SUV and an even bigger sedan.

The headlights are a work of fine art, and likely expensive to replace. We’ll be back with an update if we get more info on specs and pricing.