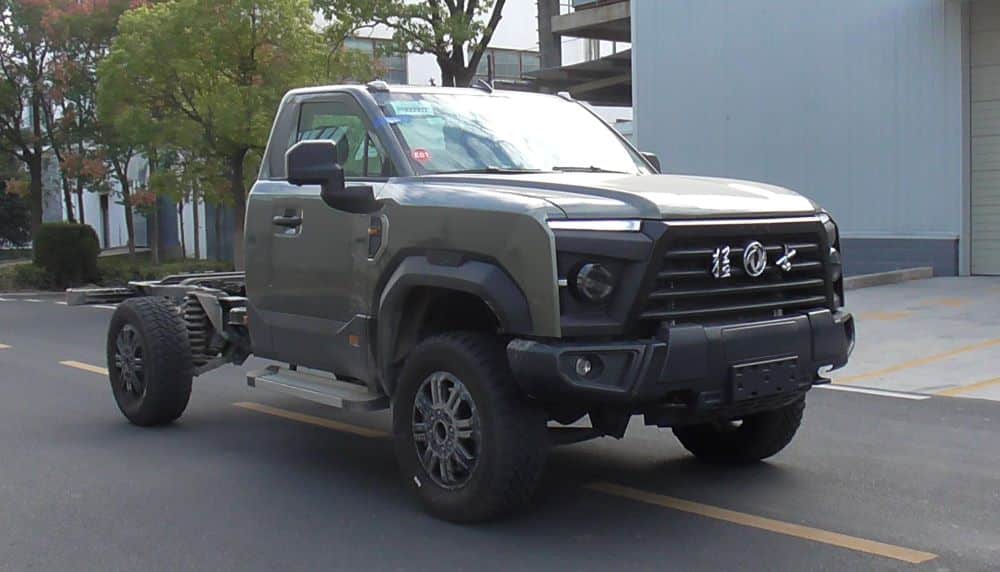 Dongfeng company is full of surprises. Previously, they have launched an all-electric high-end brand called Mengshi. Now we can see that Dongfeng also continues to extend its Warrior series powered by petrol engines. Its monstrous truck, with a codename M20, was exposed by a Chinese regulator. It has the 6.7-liter ICE and a wheelbase of 3700 mm. Dongfeng also develops an SUV version of this beast. Let’s get to know it better.

What is Dongfeng Warrior?

Previously, we have seen the M20 several times in different spy shots and a leaked promo picture. Anyway, there was almost no information about this vehicle. And now the M20 showed up in MIIT announcements.

It appeared to be a huge pickup truck with wide wheel arches, sharp and thin running lights, huge trapeze-shaped high beams, a giant grille with 猛士 (Mengshi, Warrior) lettering, and a huge front bumper. As we can see, the M20 is a two-door pickup truck. According to the announcement, 3 people can sit there at the same time. It has no truck bed, so it seems like it can be highly customizable.

How About Dongfeng M20 SUV

Worth mentioning that previously a promo picture of the M20 SUV leaked online. So it means that Dongfeng really wants to make a huge 5.8-meter SUV based on this truck. But will it also adopts an insane engine from Dongfeng commercial vehicles, or will it get a more reasonable ICE? Right now, there is no such information.

So the Dongfeng M20 is a real beast truck that can be launched in China soon. We will keep an eye on it, so stay tuned!