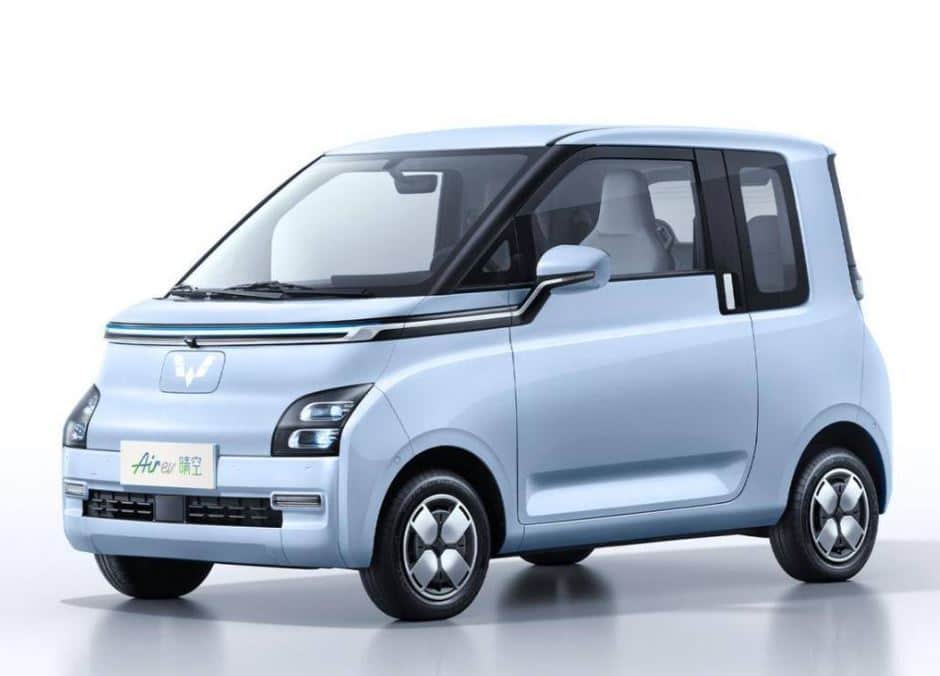 On August 8th this year, the official production roll-out of the Wuling Air ev was launched in Indonesia as the first Chinese new energy vehicle to enter the Indonesian market. Then on October 26, SGMW officially delivered 300 Air ev to Indonesia. Since its launch, the order for Air ev has exceeded 4,000 units. As the company’s first global car, it will be exported to Egypt and India later this year, with more regions to follow in the future.

The front face looks simple with a traditional electric vehicle closed grille and a large Wuling logo in the middle.

There is a red light bar over the whole width of the rear, just above the Wuling brand name. The fog light is located low on the bumper.

From the side, the car looks boxy. The A and B-pillars are blackened to create a suspended roof effect. The door handles are vertical, different from the traditional horizontal door handles. The door covers the entire side of the vehicle.

In the interior, notable design elements include the dual-screen, physical buttons below the central control screen, and a large area of soft material wrapping.

Lastly, the car is powered by a 39kW single electric motor mated to lithium iron phosphate batteries and has a top speed of 100km/h, according to the Ministry of Industry and Information Technology,