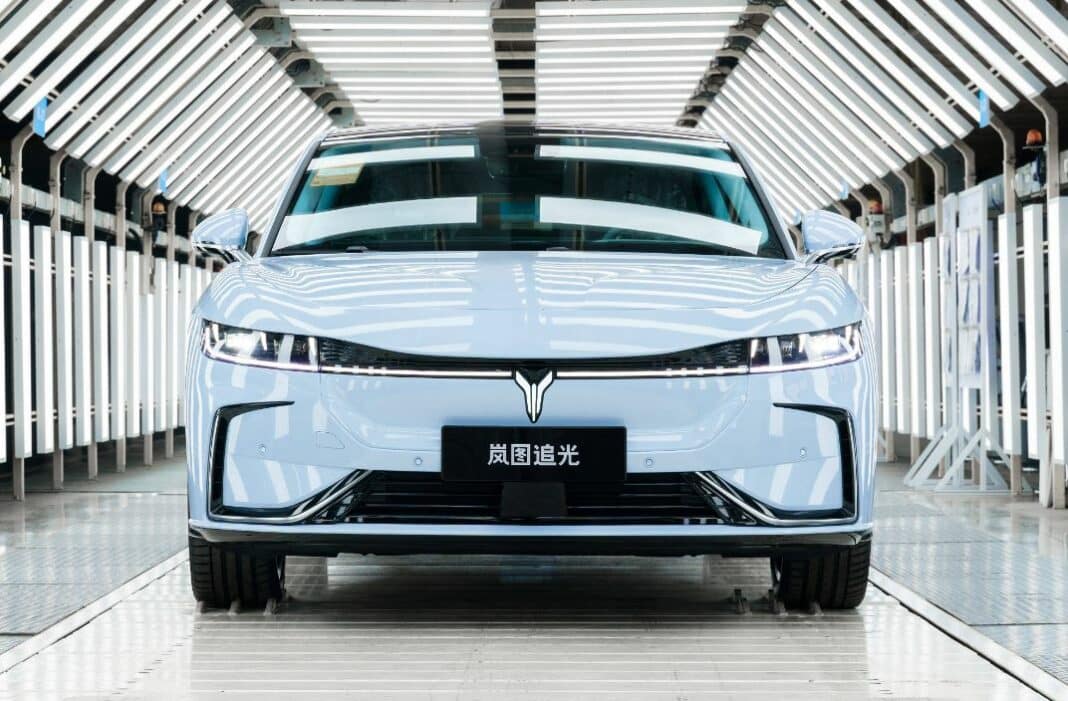 Voyah will offer the car in two battery packs of 109 kWh or 86 kWh with a corresponding CLTC range of 730 km and 580 km. It also supports ultra-fast charging in which 10-minute charging can reach a range of 230 km.

In the front, the Voyah logo is nicely integrated into the grille, and the light unit is darkened in the same way as the windows. It has pop-out door handles and a mirrored-Z-shaped chrome bar over the front door. In terms of safety, Voyah equips the car with 31 sensors that include 12 cameras, 5 mm-wave radars, 12 ultrasonic radars, and two positioning units.

The rear is sporty with a racy pop-out electric spoiler that can be automatically raised and lowered! The spoiler has a downforce of up to 40kg.

The interior has a 1.4m-long triple-screen setup that integrates together the instrument panel, central control screen, and co-pilot infotainment screen. If that’s not enough screen, there is also a 9-inch touchscreen under the central control screen on the center console that can be used to adjust the air conditioner and seat settings.