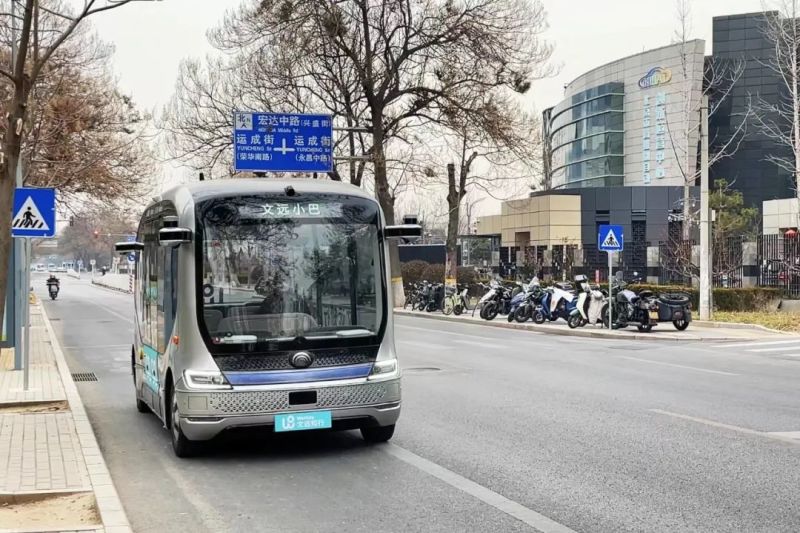 Different from rear-mounted models and self-driving minibuses with steering wheel designs, the unmanned shuttle bus from WeRide comes with no steering wheel, no brakes, no cockpit, and full safety redundancy design.

The unmanned buses from WeRide adopt pure electric power, with a maximum speed of 40 km/h, and supports V2X functions. Additionally, the buses can be deployed in various public or closed traffic scenarios, and drive on urban open roads around the clock.

According to reports, at present, the unmanned shuttle bus uses sensors such as laser radar, high-definition camera, and millimeter-wave radar for combined perception. The camera can shoot 360-degree real-time images, detect and recognize lane lines, traffic lights and various signs; the millimeter-wave radar can simultaneously measure multiple targets with high precision, regardless of the weather.

WeRide is a level 4 autonomous driving technology company established in 2017 and headquartered in Guangzhou, China, with R&D and operation centers in Beijing, Shanghai, Nanjing, Wuhan, Zhengzhou, and Anqing, as well as San Jose in the USA.

In April 2022, WeRide launched a fully autonomous sanitation vehicle fleet in China. It is the first startup in the world to hold driverless test permits in both China and the US. WeRide has received strategic investments from automakers, including Renault-Nissan-Mitsubishi Alliance, Yutong Group, and GAC Group.

In 2022, the company obtained two autonomous driving road test permits for its self-driving taxis, and starting from january 2022, WeRide will launch and operate self-drivng minibuses in Guangzhou. Currently, the company has launched self-driving minibuses in Guangzhou, Boao, Hainan, Riyadh(the capital of Saudi Arabia), Nanjing, Wuxi, Shenzhen and other cities in China and abroad.