Jaguar Land Rover to assemble cars in China; but how soon? 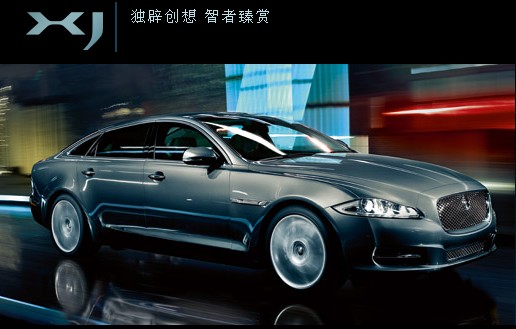 BBC reports that Jaguar wants to start assembling cars in China within two years. Sound like a good plan, Chinese people buy expensive cars faster than anyone can make them. But there is a small problem, chief executive Carl Foster for BBC:

“We’ll take one to two years to set it up, but first we will need a partner.”

Mr. Foster is right, Jag can’t start making vehicles in China without a local partner, except when the vehicles are for export only. Understanding the man correctly Jaguar has no partner yet. Finding one can be a painful and slow process involving multiple permissions by China’s local and central governments. Second step is building a factory. Third step to get the cars out on the market. One year seems a very short time to do all that, two too.

Partner needs to be one with at least some know how about making luxury vehicles. That leaves SAIC, FAW and Chang’an. Last one might be interesting. Chang’an makes the Volvo S80 and S40 under a joint venture with Ford. Ford sold Volvo to Geely so production of the Volvo’s by Chang’an will likely end. Volvo is Geely’s now and the lucky new owner wants to build a new factory for making Volvo’s in China. That leaves Chang’an with a lot of empty space…

Read on for BBC’s article:

Carmaker Jaguar Land Rover is going to start assembling vehicles in China, the BBC can confirm.

“We will need to manufacture at least two models in China,” said chief executive Carl-Peter Forster in an interview.

“We’ll take one to two years to set it up, but first we will need a partner.”

“The company said the move into China is not a shift out of the UK, where it is planning to hire an extra 1,000 workers this year.

The new jobs that are being created will be temporary and are linked to the production of new compact Range Rover model due next year – the production version of the Land Rover LRX that was revealed earlier.

Jaguar Land Rover has recently seen a big increase in global sales of both its Jaguar models and its Land Rover 4×4 vehicle marque – which includes the Range Rover models.

Pre-tax profits came in at £32m for the year, after two years of losses during the downturn.

“It’s been a very good year for us,” said Mr Forster.

Much of the growth came from China, where Jaguar sales rose 38% and Land Rover sales rose 55% during the year. The market is also strong in India, where the company will start producing Land Rover models next year.

But Mr Forster was eager to stress that China, or indeed India, would “never be the centre for Jaguar Land Rover, it will remain in the UK”, he said.

“Most of the volume growth [in these markets] will benefit the UK operations,” he said.
Rapid growth

In future, Jaguar Land Rover is aiming to grow sales in new markets on the back of a much broader model line-up.

“The brands are strong and attractive and we don’t cover all the segments yet,” said Mr Forster. “We don’t even have a full engine line-up. There’s so much growth potential.”

But although the company is hoping to grow, it is still planning to go ahead with its plan to close either its factory at Castle Bromwich or its Solihull factory within 10 years.

“We want to grow the business and we want to make sure we can provide jobs for the people.”
Government support

Jaguar Land Rover’s plans to retain and grow its operations in the UK are beneficial as the company also supports many suppliers, Mr Forster insisted, urging the government to keep up support for research and development to ensure the industry’s strength in the future.

“The question is, will there be a technology base in the UK or not,” he said.

Tata Motors bought Jaguar and Land Rover from US group Ford for £1.15bn in 2008.