Ford to launch Edge in China 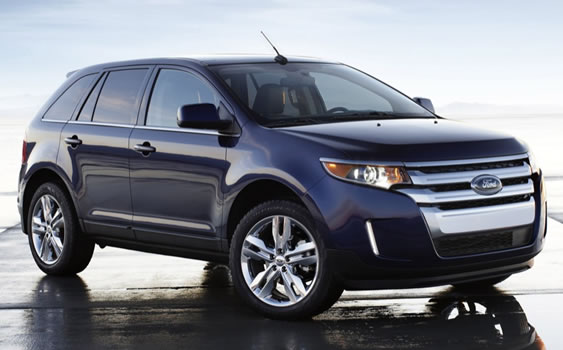 Ford will start importing the Edge suv into China in the fourth quarter. Sure they might sell some but since it will be expensive not that much. Ford better get the Kuga locally produced and fast, the VW Tiguan, the Toyota RAV4, Honda CR-V and the offerings from Hyundai and Kia are selling like hot cakes, all those vehicles are locally produced. Read on for a well wrtiiten article from People’s Daily on Ford’s operations in China and the Chinese suv-market:

With the launch, Ford will plug the gap [edit: a gap indeed, but it ain’t plugged yet] in its product portfolio in China. The SUV model will be imported into the domestic market. The move is of vital importance to Ford, said Nigel Harris, vice-president of Ford China and general manager of Chang’an Ford Sales Company.

The Edge, which will premiere at the Chengdu auto show on Friday, will be the first ever SUV offering from Ford’s stable ever since it entered the Chinese market seven years ago.

The mid-sized SUV, which is also one of Ford’s four global strategic vehicle models, has won a stable market share in the global SUV market, with 400,000 models sold since it hit the road at the end of 2006.

Tang Jidong, marketing and sales service director of Ford China, said that the company would start presales of the SUV in its Chang’an Ford showrooms from November and officially launch the model in December.

Ford will also consider locally producing the Edge to lower its price and improve competitiveness, provided there is enough market demand, Tang said.

Analysts said Ford’s move to bring in its SUV this year indicates its ambition to boost sales in the fastest growing vehicle market. However, it has been lagging its rivals, as the SUV segment in China has grown at the rate of over 40 percent year-on-year during the past five years.

Local production, however, will be a hard road for Ford as it does not have an existing platform in its local ventures to manufacture the model. It will also entail huge investment.

In the first half, the SUV sector – the fastest growing vehicle segment in China – reported a sales surge of 133 percent over last year, to 587,000 units, said CAAM.

Moreover, among the 353,000 imported vehicles registered last year, the share of SUVs accounted for 54.8 percent.

China’s SUV market is now dominated by Japanese manufacturers. Their products, such as Toyota’s Highlander, RAV4, Prado, and Land Cruiser, as well as Honda’s CR-V and Nissan’s X-TRAIL and Qashqai, are competitively priced.

Europe’s biggest automaker Volkswagen launched its locally produced SUV, Tiguan, in March this year, and it soon became the nation’s best-selling model in the first half.”