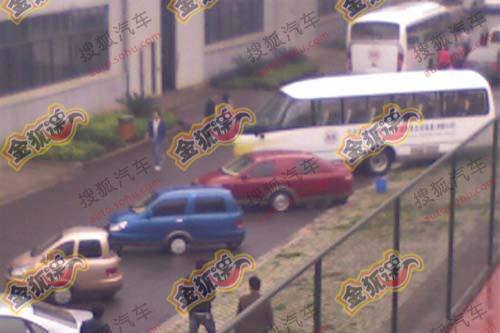 It’s weirdness made many think it was just a research project but according to pics and rumors there is much more going on. The pic above shows three cars, L-DDC4 is the red one above, then two new ones; a blue hatch and a gold-colored mini-hatch. Behind the L-DDC4 the incredible L7880 bus. 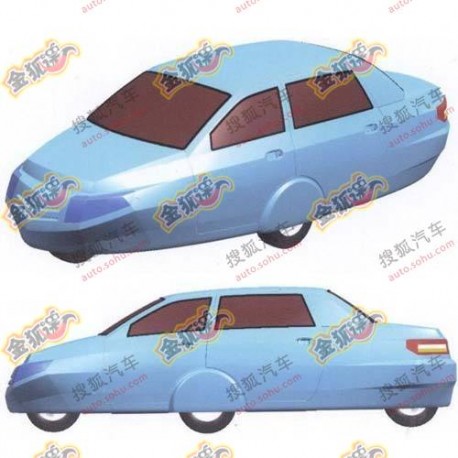 All HNUSP’s cars are based on the same principle: two wheels on each side of the middle and one wheel in front and one wheel at the back. Power goes trough the wheels in the middle, steering with the wheels at the front and back. HNUSP thinks it is more stable than a car with 4 wheels on four corners. Blue car on pic is a patent-drawing, HNUSP applied for patent on some designs and the technology. The car is another new one with a much thinner B-pillar than the L-DDC4. 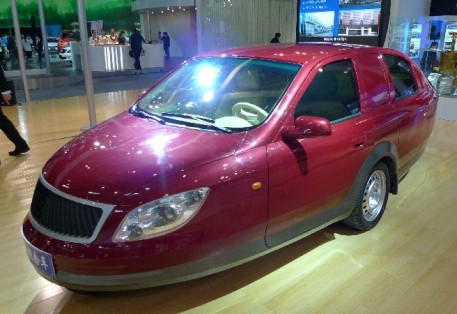 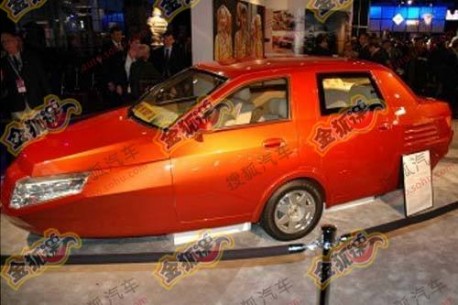 An earlier concept called ‘Diamond’. What will happen next is yet unclear. Sure is that HNUSP had enough money to make more concepts and apply for patents. That is nice, a little bit of madness is great for an otherwise boring market where cars all look alike. HNUSP got one of those too, by la way: 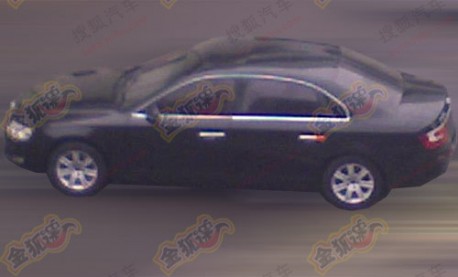 This is the Zhongqi sedan which loox like a mix between some Audi’s and VW’s. It debuted on the Beijing Show as well and was recently caught testing. A much more sensible machine than the others, production of this one might earn HNUSP enough money to make the L-DDC4.