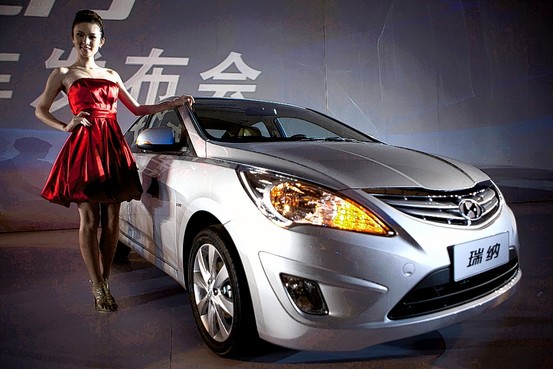 The plant, with an investment of 6.5 billion yuan (975 million U.S. dollars), is designed to have an annual capacity of 400,000 passenger cars, according to a statement from Beijing Hyundai Motor Co., a joint venture between Beijing Automotive Holdings and Hyundai Motor. The factory in Shunyi, eastern Beijing, would increase Hyundai’s production capacity in China to 1 million units, said the statement.

The other two plants, also in Shunyi, had a total annual capacity of 600,000 vehicles, but sales this year were expected to exceed 700,000, it said.

Its first phase is scheduled to begin operating in the second half of 2012 with an annual capacity of 300,000 units and will rise to 400,000 units with the second-phase, it said, without giving a timetable.

Li Feng, executive vice general manager of Beijing Hyundai, said the plant would be the largest and most sophisticated of all the 27 overseas production bases of Hyundai Motor.