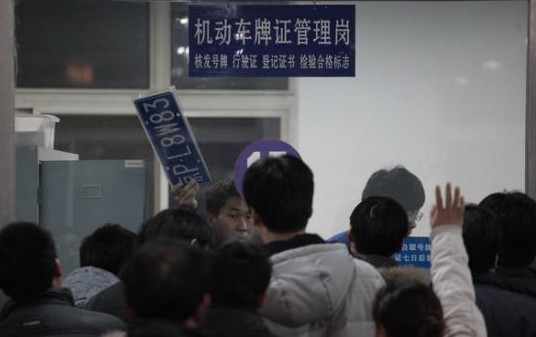 The city of Beijing will only issue 240.000 licence plates for new vehicles this year. The first 8 days of the year however saw 215.425 applications. Only 20.000 plates will be issued this month, a lottery decided who gets one. Somehow I got the feeling this new licence-plate-rule won’t last very long… More from ChinaDaily:

Beijing launched the new system on Jan 1. Under it, car license applications are received in the first 8 days of the month, and then a lottery is held on the 26th day of the month.