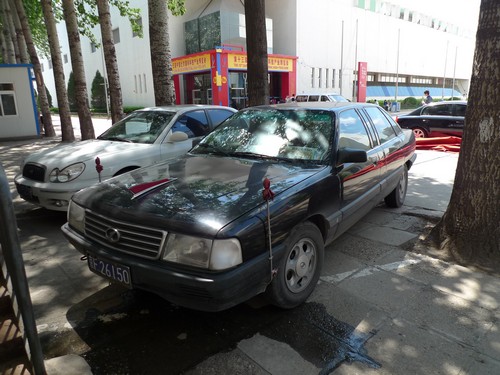 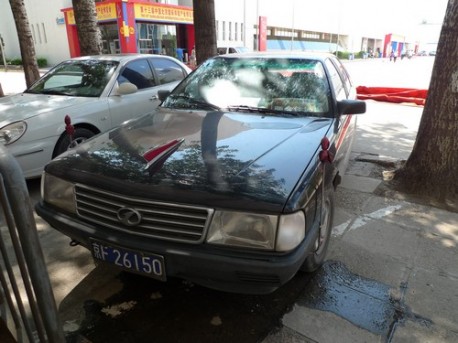 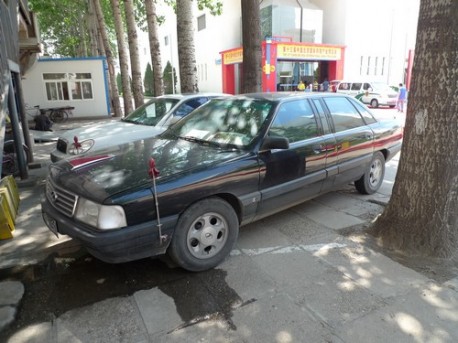 Car on pic is likely an ex-government car because of the flagpoles on each side of the bonnet, private cars didn’t have those. Private owners however did like, and still do, to add the flagpoles after market, especially since the Hongqi’s aren’t exclusively made for the state anymore. 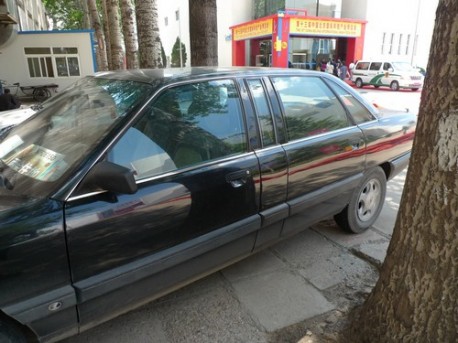 Stretched in the middle unlike the CA7200E3L we saw earlier, which was strangely stretched at the behind the rear door. 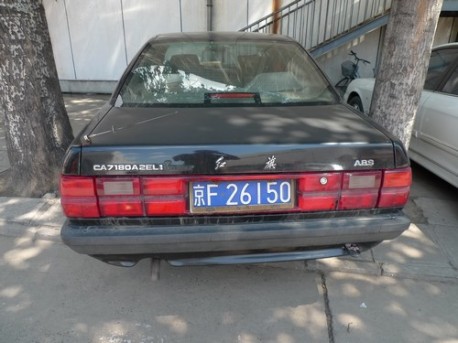 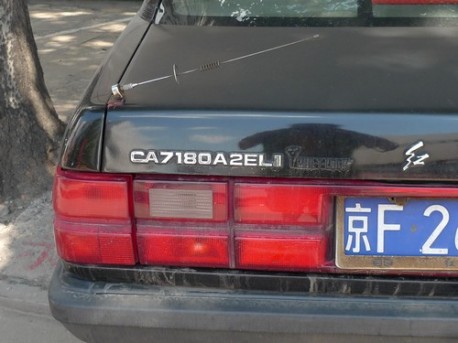