Exclusive: TopGear to get a China Edition

TopGear to get a Chinese edition on China’s CCTV.

Rumors had been going on for awhile. Yesterday I met an old friend who works for China’s state broadcaster CCTV. He confirmed that China will get its own edition of TopGear, in Chinese.

Status of the project: rights to the TopGear formula are secured by CCTV, hosts are selected, and production has started. TopGear China will be made in Beijing and broadcasted from Beijing. No decision has been made yet on the date for the first show.

That’s all for now, more as soon as I get it…

Update: one commenter says that Cao Yunjin will likely be a co-host on TopGear China. Cao is a moviestar and tv-personality and was born in 1985. (Thanks) 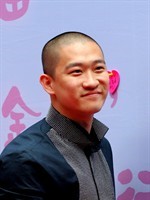