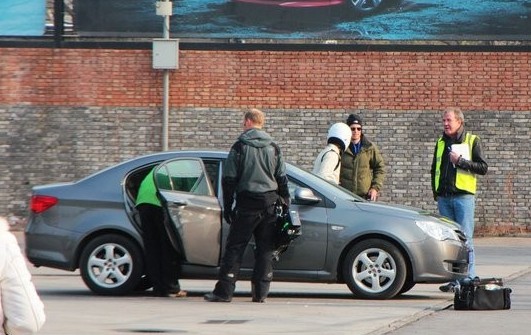 Top Gear is working on a China Special in Beijing, in the ubercool 798-art district in the north-east of da city. Only Jeremy Clarkson and James May, Hammond stayed home. See our earlier coverage here. On the first pic Clarkson and The Stig hanging around a Roewe 350.

See below for many more pics, including some on another location, and a movie: 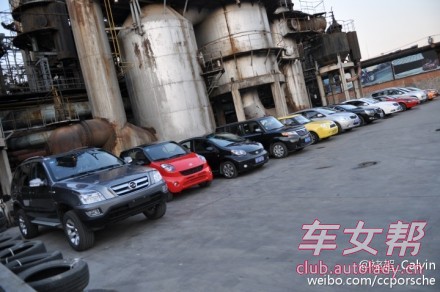 The main topic of the episode are Chinese copy-cars. On pic a whole lot of ‘m. We see: Shuanghuan SCO, Shuanghuan Noble, BYD F0, Greatwall Coolbear and a Lifan 320. On the very right also a Geely China Dragon sportscar and a MG6 sedan. 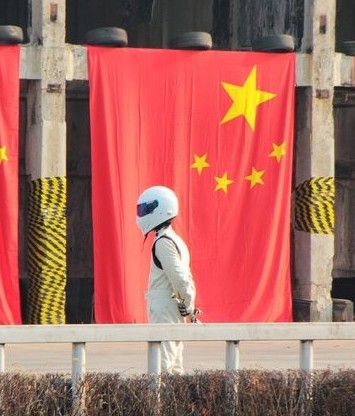 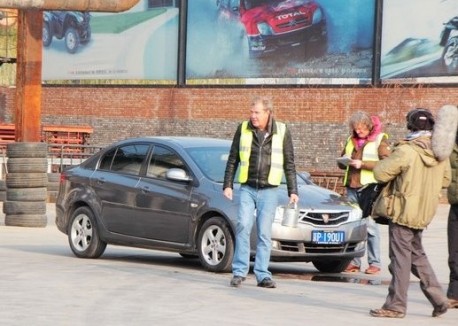 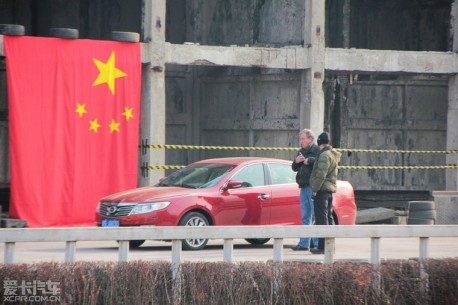 Clarkson with a Guangzhou Auto Trumpchi. 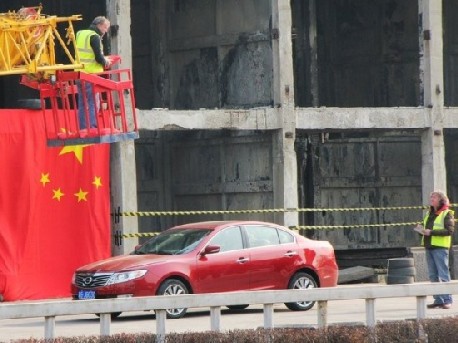 In this segment Clarkson and May play inspectors testing the safety of the Guangzhou Auto Trumpchi. They funny. Clarkson throws pillows on the bonnet and May checks whether the car is all right. Movie: 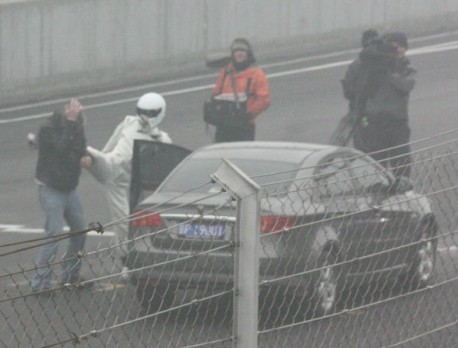 The Roewe 350 and Guangzhou Auto Trumpchi are also spotted at a different location, likely Beijing’s Goldenport Circuit, for a drag-race with Stig driving the Roewe and high-kicking Clarkson. 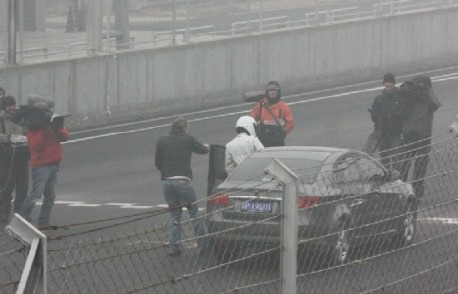 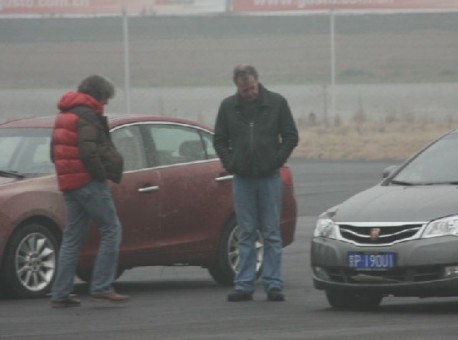 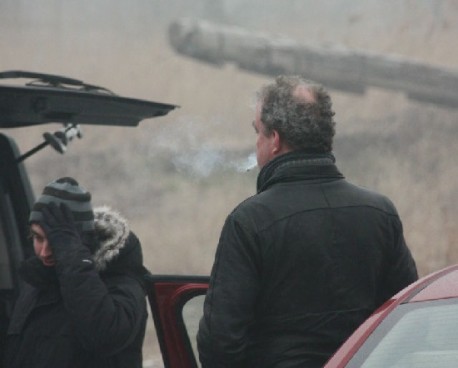 It is interesting to follow the comments from Chinese netizens at the various stories. In the first few days the comments were generally positive, like “Great Topgear is in China” and “Haha, May is so funny”, and so on. However, now that these netizens kinda can see what Topgear is actually doing the comments are much less positive… “British assholes, always making fun of everybody!” “Assholes, making fun of China!”, and so it goes. We’ll keep an eye on the developments.

Via (don’t laugh) ClubAutolady and Xcar and Baidu.