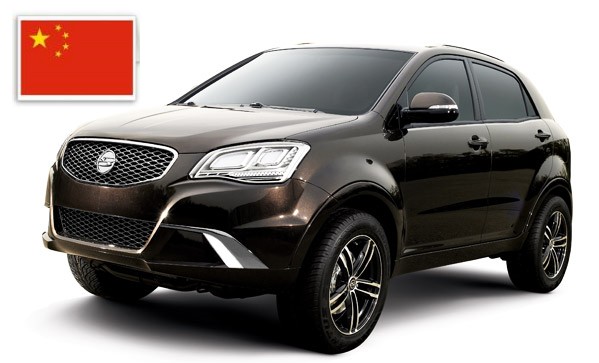 Aided by Indian multinational conglomerate Mahindra which acquired 70 percent of its shares in February 2011, South Korean automaker Ssangyong Motor Company is back in the Chinese market for the first time since it was plagued by strikes two years ago, auto.163 reported Monday.

Liu Dingfeng, Korean, will act as general manager of the new company in Shanghai and Xu Boqing will be the new deputy manager in charge of marketing and sales. Liu said the company has pinned Shanghai as its headquarters and will set up branches in Beijing in the future.

Ssangyong Motor plans to introduce two new models to China this year, including a recreational vehicle and a SUV—Korando, already launched in Britain. The company had established a joint venture (JV) with SAIC Motor Co., Ltd. two years ago, during which period it launched four models: Actyon, Rexton II, Rodius and Kyron and developed 70 dealers all over the country.

Soon after, in the end of 2008, the company was crippled by strikes, resulting in the models withdrawing from the China market. “We are discussing with the country’s two famous dealers about co-operation and the company will set up a brand-new sales network,” said Xu.

Ssangyong Motor plans to develop 30 to 40 dealers in China within two years. Ssangyong’s major task now is to re-establish the customers’ confidence. Ssangyong Motor targets for the generation of 1.2 trillion KRW ($ 1.06 billion) by the end of 2015.