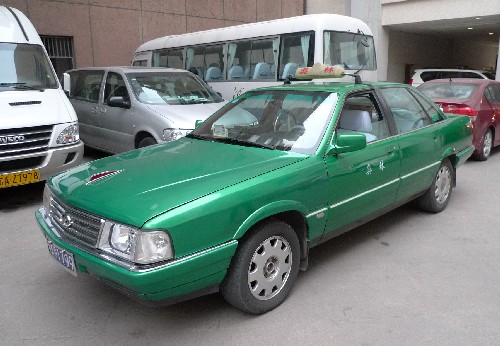 In the great city of Najing in Jiangsu Province taxi’s go in style, Hongqi style. All Hongqi taxi’s in Nanjing are type CA7180A4E, build between 2004 and 2007. The Hongqi was based on the Audi 100 from the FAW-Volkswagen joint venture. The engine though was Japanese, a 1.8 litre twincam 4-cylinder from Nissan.

Top speed was 180 km/h. Most CA7180A4E’s in Nanjing looked pretty battered like this blue example, others were in top shape cared for very well by their owners. There are Hongqi taxi’s in other Chinese cities too including here in beijing but mostly they are used like airport limosines of sorts. In Nanjing the Hongqi’s are real taxi’s just like Santana’s in Shanghai and Xiali’s in Tianjin. 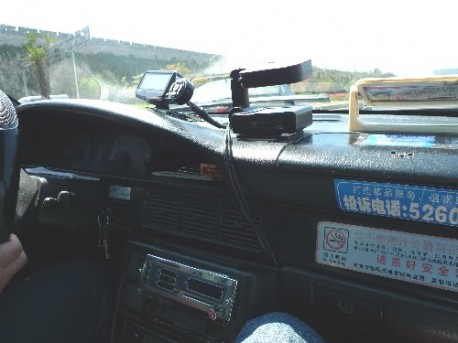 I took a couple of rides around. A very comfortable car without much engine noise and a lot of space. Radio in this example is after market.