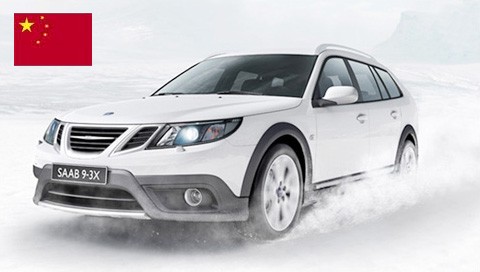 “We’re optimistic about the deal getting approval from the National Development and Reform Commission (NDRC) as we believe it is in line with government policies,” Wang Yin, Pangda’s board secretary, said on Thursday.

The two companies plan to submit the application in the next two weeks, he said.

Saab is close to getting a loan of about 1 billion kronor ($158 million) to pay overdue salaries and avert a looming bankruptcy, said three people familiar with the matter.

The automaker is betting the funds will hold it over until Chinese regulators approve Pangda and Zhejiang Youngman as investors.

The two companies have yet to set a date to submit an application to the Ministry of Commerce, Wang said.

Overseas investments by Chinese companies require approval from various government agencies including the industry planner and trade and foreign-currency regulators.

The stock has declined 9.9 percent since May 16, when Pangda first agreed to an equity and distribution deal with Saab owner Swedish Automobile NV that was revised to a 24 percent stake purchase for 109 million euros. The benchmark CSI 300 Index fell 8.3 percent in the same period.

The loan to Saab would be provided by one of the five biggest European banks, said one of the people, who declined to be identified because the talks are private.

The Netherlands-based carmaker, which General Motors Co sold in 2010, first suspended production in late March amid a cash crunch, and the main factory in Trollhaettan, Sweden, has been shut since early June.

Saab delayed paying wages last week, the third consecutive postponement in as many months, prompting labor leaders to start a process that may lead them to seek a bankruptcy declaration against the carmaker if wages aren’t paid.