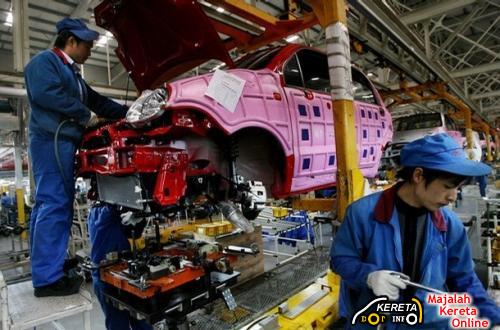 Starting in 2011, China’s automotive industry will say goodbye to the era of extremely rapid development, said Wang Xia, the executive chairman of the Global Automotive Forum 2011, which was held recently.

China’s automotive market has suddenly entered an adjustment period and almost all the automotive enterprises of China were caught unprepared. Since April 2011, the automotive output and sales volume have both been declining for three successive months.

The mid-year performance of most auto enterprises has been lackluster in 2011, and about 70 percent of China’s carmakers had not reach half of their goals by the middle of 2011. Enterprises had hoped that sales would pick up during the month of October, but because the energy-saving automobile subsidy policies was adjusted to remove more than 90 percent of brands from eligibility, and therefore the under-1.6L automotive types did not turned into the vanguard of the momentum once again. The Golden Week 2011 turned out to be the most depressed Golden Week in history.

Despite the slowdown in demand growth, domestic carmakers are still actively increasing their production capacity. With a total investment of 7.7 billion yuan, FAW-Volkswagen’s third plant has started operations in Chengdu. Shanghai GM has laid the cornerstone for a 7-billion-yuan project that will increase its annual production capacity by 300,000 vehicles.

The Changan PSA Automobile Company in Shenzhen has received government approval, and is expected to manufacture 500,000 vehicles a year. DPCA has started construction on its third plant in Wuhan, which will lift the automaker’s annual production capacity to 750,000 vehicles by 2015. In addition, Beijing Hyundai Motor Company, Changan Ford Mazda Automobile, which is Ford’s joint venture in China, and Jiangling Motors Company are also building new plants.

According to statistics from the National Development and Reform Commission, the total annual output of China‘s 30 major carmakers will reach over 31.2 million vehicles by 2015. Entire cars can be produced in 27 provinces, autonomous regions and municipalities, particularly in northeastern regions, Beijing, Tianjin, eastern regions, central regions, the Pearl River Delta and Chongqing. According to information from local governments, China’s car production capacity will far exceed the market demand by the end of the 12th Five-Year Plan period.

Chen Bin, director of the Industry Coordination Department of the National Development and Reform Commission, said that serious overproduction will lead to a series of issues, such as cutthroat competition in the auto market, a decline in the profits of auto enterprises and the idleness of production capacity. Should these things occur, it will not only hinder the sustainable and healthy development of the auto sector, but will also have a considerable negative impact on macroeconomic development.

However, it is difficult to dampen the impulses of auto enterprises to expand production capacity. Yao Jingyuan, chief economist of the National Bureau of Statistics, said, “The auto sector is characterized by a long industry chain and the role in driving the development of 150 other sectors. Local governments have focused on developing the auto sector in order to advance economic development. The expansion in auto production capacity is driven by enormous interests of local governments.”