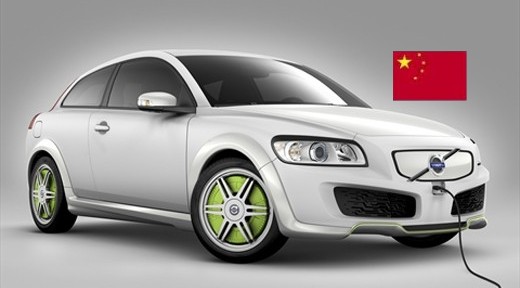 Volvo Cars China will test two C30 Electric cars in China, in conjunction with Shanghai International Automobile City Group, a local government supervision authority. The plan is to gain a better understanding of customer behaviour and their expectations of electric vehicles.

Shanghai was selected as an international electric vehicle pilot city by the Chinese government in January 2011. An infrastructure of over 13,000 charging stations and 15 battery swapping stations is being built to support the real-life use of electric vehicles.

“The Volvo C30 is the first electric car from an international brand that will be presented and involved in various activities here,” said Ni Yaomin, deputy governor of Jiading District in Shanghai. “Its performance fulfills the expectations of the Ministry of Science and Technology and the municipal and district governments to make the demonstration zone a truly international one.”

Volvo began production of the C30 Electric in June 2011. It is manufactured in the company’s Ghent plant in Belgium and finalized in the Torslanda plant in Sweden. The cars are leased to customers in selected European countries as well as used in demonstration programs in Sweden and Belgium. It uses a 20 kWh battery that recharges in about seven hours, with a range of up to 150 kilometres per full charge.