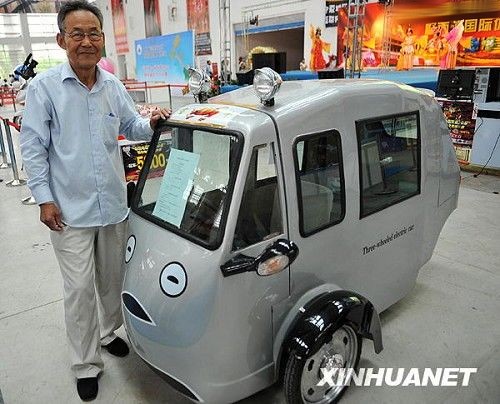 Here we have a fantastic new electric car from China. It is simply, but brilliantly, called ‘three-wheel-electric-car’, because it has three wheels and is powered by an electric motor. That’s what it is, why bother with a fancy-pancy whatever-name? Face on the front seems kinda sad. 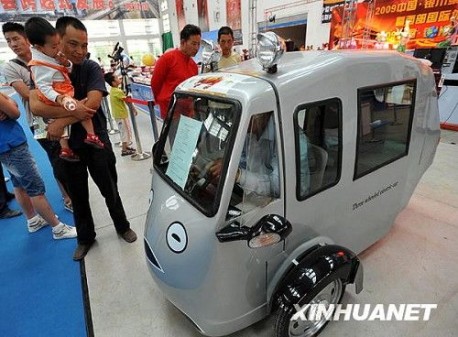 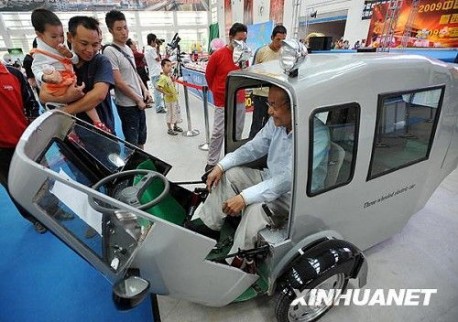 It does not look like a made-in-a-shed-thing, it seems genuinely engineered, making a door like that at the front of a vehicle ain’t easy, at all. It seems big enough to seat two, steering likely with the single wheel at the back. Unfortunately we don’t have any tech-specs on the ‘three-wheel-electric-car’ available, or any other details for that matter. 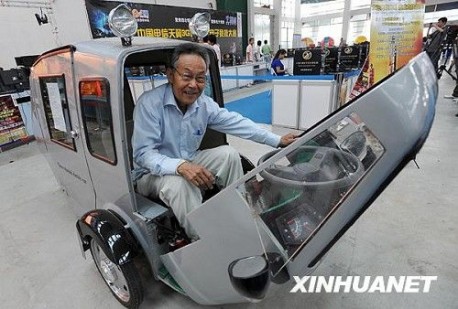 For now we wish Mr. Sun Zhaowen all the best with his invention, hope to hear more from it soon later.