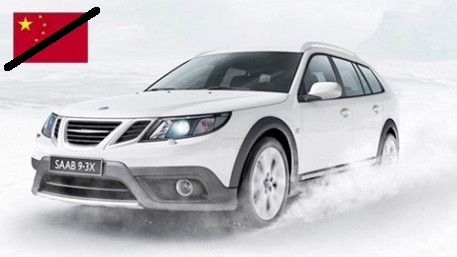 Saab CEO Victor Muller personally handed in the bankruptcy application to a court in southwestern Sweden, ending his two-year effort to revive the carmaker that over more than six decades has become known for its rounded sedans and quirky design features.

The Vanersborg District Court was expected to approve the application later Monday.

“This is the most unwelcome Christmas gift I could have imagined,” said Fredrik Almqvist, 36, who has worked at Saab’s assembly line for nearly 17 years.

While experts say the company is likely to be chopped up and sold in parts, local officials in the town of Trollhattan, where Saab employs more than 3,000 people, were holding out hope that a new buyer would emerge to salvage the brand.

“Our absolute hope is that the bankruptcy administrator will aim for a solution where the company is sold in its entirety,” Trollhattan Mayor Paul Akerlund said in a statement.

Muller, a Dutchman, used his luxury sports car maker Spyker Cars to buy Saab from GM in 2010, promising to restore its Swedish identity, but the company ran out of money just a year later.

Even as production stopped and salary payments were delayed, Muller fended off bankruptcy by selling the company’s real estate and lining up financing deals with investors in Russia and China. He bought time by placing the company in a reorganization process under bankruptcy protection.

But the deals fell through, blocked by regulators or by GM, which still owns some technology licenses for Saab. The U.S. automaker was concerned that its technology would end up in the hands of Chinese competitors.

The final Chinese suitor, Zhejiang Youngman Lotus Automobile Co., said it pulled out after the last proposal for a solution was rejected by GM over the weekend.

“We were supporting them to the last moment, even up to 1 a.m. this morning we were discussing possible solutions by telephone, but due to GM’s position, in the end Sweden’s Saab filed for bankruptcy this morning,” said Rachel Pang, an executive director of a subsidiary company of Youngman and daughter of Youngman’s founder, Pang Qingnian.

Swedish lawyer and reconstruction expert Peter Smedman said the prospects of selling Saab during bankruptcy proceedings would depend on GM.

“The licenses that GM has are crucial for the value of the company,” Smedman said. “If GM doesn’t want to let anyone in because they are scared of competition in China, then there is probably not much (value) left.”

Originally an aircraft maker, Saab entered into the auto market after World War II with the first production of the two-stroke-engine Saab 92. It soon became a household name in Sweden and in the 1970’s it released its first turbocharged model — the landmark Saab 99.

To auto enthusiasts, Saab was known for its quirks, such as placing the ignition lock between the front seats and becoming the first car to have heated seating in 1971.

GM bought a 50% stake and management control of Saab in 1989, and gained full ownership in 2000. The aircraft and defense company with the same name remained an independent entity, building fighter jets and weapons systems.

Muller stepped in after a takeover attempt by a consortium led by Swedish sports car maker Koenigsegg failed. Analysts expressed doubt over Saab’s chances of survival under Spyker, which later changed its name to Swedish Automobile.

Concerns mounted as Saab failed to pay suppliers early this year. Production was stopped in March, restarted, then halted again as the liquidity crisis deepened.