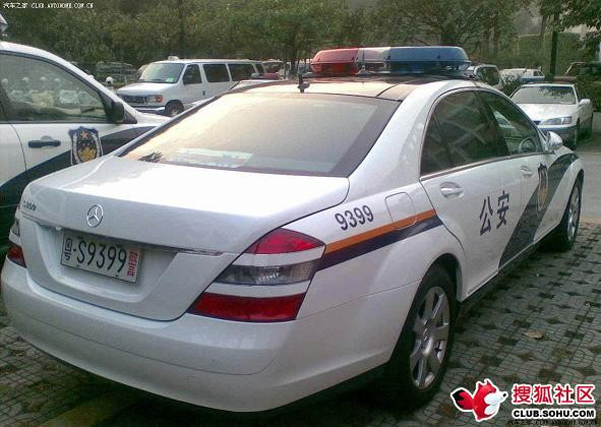 China will start inspecting the use of law enforcement vehicles next year, said a government statement here Friday.

The government will work out the regulations on the use of law enforcement vehicles and adjust the current quotas of these vehicles, said the statement from a central government office in charge of regulating the use of public vehicles.

The total number of law enforcement vehicles will “strictly” controlled and quotas set at a reasonable level in a bid to avoid the excess of public vehicles in law enforcement departments, the statement said.

The country began a national campaign against the illegal use and surplus of public vehicles in government departments and Party organs in April.

By October, about 179,500 vehicles have been identified as illegal, said the statement.

Next year, the illegal vehicles will be confiscated and auctioned, it said.

Over the past eight months, governments of all levels have worked to set up new quotas of public vehicles, and next year they will implement new quotas, the statement said.

Through the campaign, the central government expects to reduce the total number of public vehicles and expenditures on them, it said.