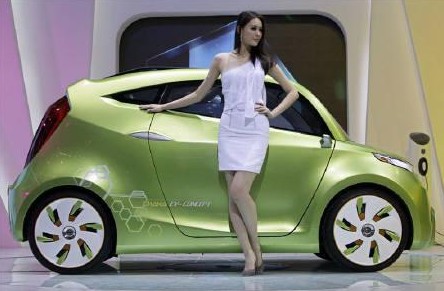 China will waive sales taxes on electric and fuel cell cars made domestically by firms like SAIC Motor and BYD, the finance ministry said on Dec 31, in its latest initiative to shore up the country’s fledgling green car market.

A total of 49 domestically made models, including the Sail electric car developed by SAIC’s car venture with General Motors and two electric cars that will be made at Volkswagen’s two Chinese car ventures, will be exempted from sales taxes, the ministry said in a statement on its website (www.mof.gov.cn).

Other models include vehicles made by Warren Buffett-backed BYD, Chery Automobile, Geely Automobile Holdings as well as fuel cell cars made by FAW Group, among others.

Beijing has declared the electric vehicle industry a top priority, earmarking $1.5 billion a year for the next 10 years to transform the country into one of the leading producers of clean vehicles.

Buyers of locally made electric cars are also eligible for government subsidies of up to 120,000 yuan ($19,100) per vehicle. Imported models such as GM’s Chevy Volt are excluded from this policy.

However, demand for electric cars remains weak in China due to the high cost, limited range and lack of charging facilities.