A lime-green Nissan GTR in China 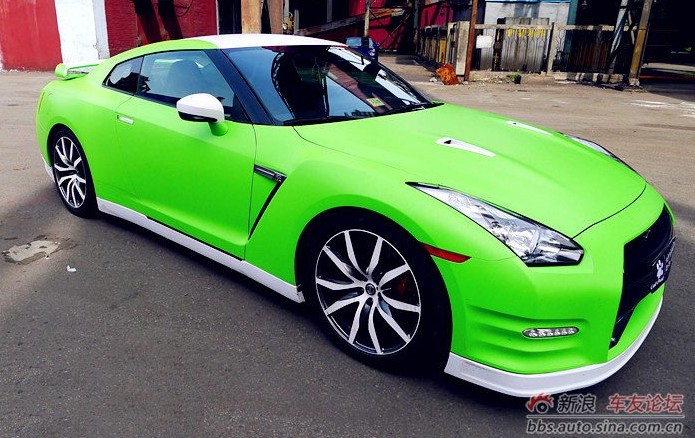 Here we have a very pretty Nissan GTR in a lime-green wrap. Its original color was white and that indeed is a bit boring. The Nissan GTR doesn’t sell very well in China. It is too cheap for the rich and too expensive for the rest of the population. Nissan better double its price… 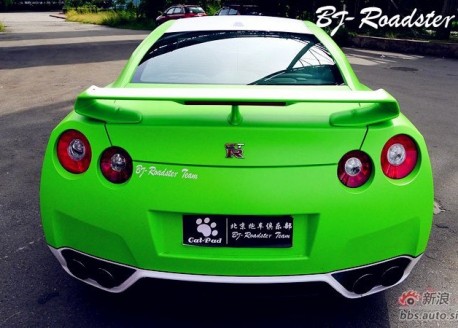 The rich buy Lamborghini or Ferrari, the population buys Volkswagens or Geely’s. The same rich-thing goes for Porsche. There is almost no Cayman around, too cheap, but loads of 911’s. Same again for Audi, R8 yes please, TT no thank you (here is one!). 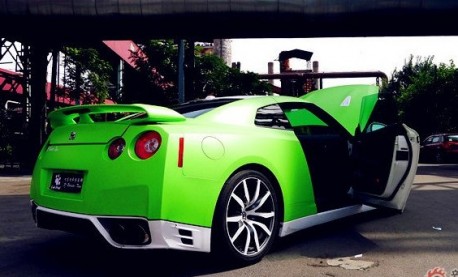 This lime-green Nissan GTR so, is a rare beast indeed. 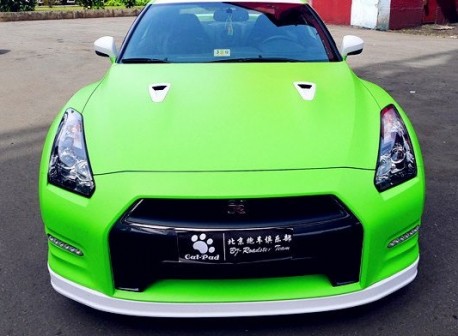